Mendoza said goodbye, but with honors, Tonino. He was a real artisan of football. 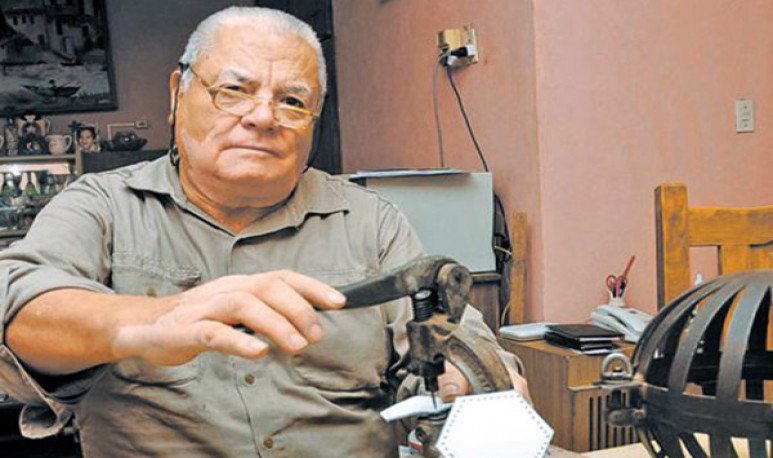 Something as simple as a ball is the inspiring muse of the childhood of a large part of Argentines.  A round element that, if an alien saw it, would not wake him any kind of attraction.   By itself, it is an insult and meaningless article. But for Argentines it has a special connotation. Where some see a  leather sphere , we see passion, emotion, joys, sorrows, family, idols and other elements that are not there, but actually they do.  That is why we deeply regret the loss of Tonino.

Francisco Saturnino Arce died in early February 2021, at 77 years of age . More than enough time to have flamed several generations of children and teenagers who played, had fun and spent years kicking their beautiful creations.

He was born in Arrascaeta Street in the department of Junín,  in 1943 . But he lived, for a long time, in the Democracy neighborhood of Rivadavia, a neighboring apartment, all within the east of Mendoza.  There he had his workshop, with tools, threads and everything needed to sew the true illusion of children. Those who remember it best, say that July 18 should be his day, since it was that day he made his first ball, in 1977.   Tonino always said he wanted to be buried with that  ball , which he had sewn by segment and seam after seam.

His work was practiced since he was a child. He was in charge of sewing and patching the balls of the groups of kids in his neighborhood.  But he was also a footballer. He knew how to play as a midfielder, although he ended up doing so as a central scoreboard. He could have done it in   Leprosy  , although a problem with the passage limited him to staying in Rivadavia.

In his story, they tell that he manufactured more than 1,700 balls, while serving as an employee in  Junin Municipality, for 35 years. Then his poor health hurt him.   Cirrhosis stole half of his liver, while a strong hepatitis had him 11 years of travel to Buenos Aires. He was so bad luck, that he got an in-hospital virus and his index fingers and thumb lost sensitivity, but they did not become useless.

He could have continued to maneuver his tools. A huge scissor, a perforator, an iron sphere, which contained the ball when he applied the 40 pounds of air to it and the oiled thread with which he sewed the segments.  He assured that the Argentine son was the best and that no other ball had that quality.

Tonino was also a memory of his time. As a child, football was played with brown balls, stitched with tientations and with segments in the form of banana. Those are the ones he got hands on in a first instance.  They were hard, and they tell that when the ball came, it was zigzag, and the problem was when you didn't calculate it, and instead of hitting it with your head or foot, it hit the face or the bob. The seams were real dagger.

Tonino was also engaged in the repair of balls, not only football, but also rugby, volleyball and so many others. But one day he left. There will be no more artisans of the ball in  Mendoza . With how difficult it is to find someone to patch and repair balls, the big sellers of these items will surely celebrate.