Hugo Molina left behind a life of progress and stability in Bariloche to live a more peaceful life with his family in the province of Misiones. 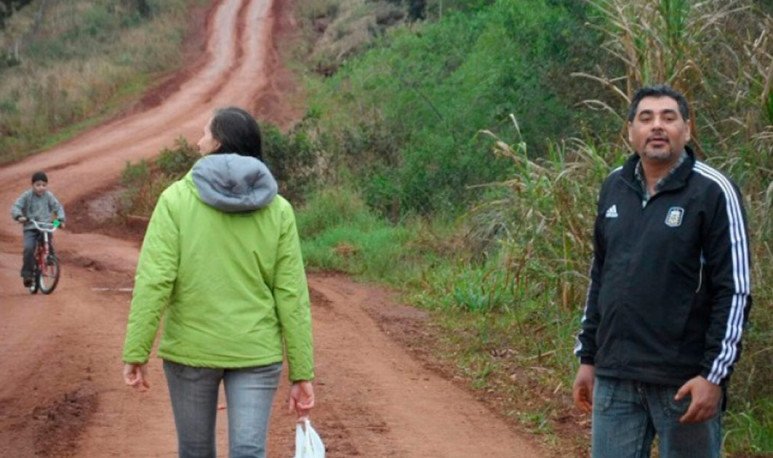 It's a lot of people's dream. Leave behind the prosperous but accelerated life , for a more peaceful, simpler life. The province of Misiones is home to those who once said enough! and trolled the busy world of the city for the peace of the chakra.

Hugo Molina is a specialist in intensive care. Until recently, he lived affluent with his wife and 8-year-old son in the city of Bariloche (Black River). However, a family holiday in a farm in the “La Corita” area, in Concepción de la Sierra, changed everything.

“ We spent a couple of weeks with no TV, no computers and we saw our son playing outside. Riding a bike, running in the rain, exploring around... the experience changed us as a family,” Molina said. “That's why we went back to Bariloche and decided to leave everything to settle in the spot,” he added with a smile.

So quickly, as it usually happens with these things, the doctor quit his job in the Rionegrin hospital. He bought a collective and made a move from Bariloche to Misiones that lasted 10 days.

“I know very well what it's like to live in a hot zone because I was born in Chaco and studied medicine at the National University of the Northeast,” says Hugo. The medical therapist was very grateful to the city of Rionegrin that helped him to progress both professionally and economically. However, he recognized that he always had the dream of going to live in the countryside one day. That's why he bought a Chacrita as a future investment. A future that finally came. “It is a very quiet and beautifulplace, Misiones has nothing to envy Bariloche, it is a beautiful province,” Molina said.

When he made the decision to live in the red land, his friends tried him crazy, however, they later understood. Currently the Molina family is based in a locality that, according to the last census of 2010, had 279 inhabitants. However, everyone claims to be seamlessly integrating into the new social life.

“We went to Bariloche because we wanted to progress professionally, personally and economically, and we achieved our goals. Now, we want to do what we really need and that is to live in peace, enjoy,” highlighted Hugo.

Mendoza, among the 10 best places in the world to live