Home People Stories of people From tererés and entrepreneurism: he created his own flavored ice

Florencia Viñuela is a young 20-year-old from Puerto Piray, Misiones, who swept the networks with her ingenious proposal of flavored ice. 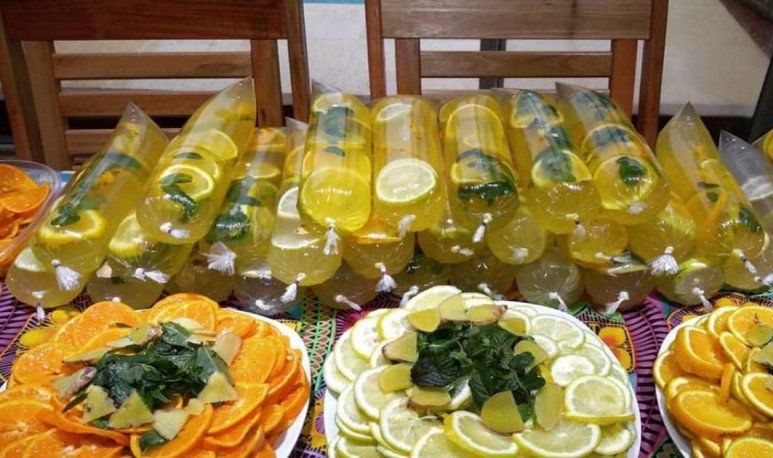 One day, wanting to start a  new project   , the girl started to think  with her boyfriend about ideas. Then, they fell out of the sky an advertising of a picolé with fruits that served as an initial kick. The problem was that they didn't come out, so they decided to look for another option and they came to mind the  flavored ice . They had the fruits, the water, the fridge and there was nothing to lose. So they did the experiment and not only did it happen to them, but it was an instant success and they sold out right away. That way   Fruit Ice  was born, the product intended for lovers  of infusion based on juice and  yerba   .

The growth of the business was such, that in a short time he came to  fill the capacity of his freezer . The same thing happened to her boyfriend. Twenty sachets were distributed between one and the other but it did not reach.  The solution was to invest in a freezer to supply demand , after the whole horizon looked more than promising. Even  in one night they came to assemble up to 100 units , although they continue to produce as many as they can. Once done, they put them to the cold and upload the options to the instagram of the entrepreneurship. Also, their numbers are published for Whatsapp or private message.

Whoever as a kid didn't buy a frozen juguito from the kiosk that throws the first stone. Now we know that there is no age for that because Florence reminds us of it with its flavored ice.  The packaging comes large in size, with natural extracts, fruit slices and other ingredients such as ginger or mint . Also, it emphasizes its practicality, given that if you do not want to bait some teres you can buy one to quench the desire. They also represent a good option for those who want to cool off in high summer temperatures.  In the  words  of their creators, products are designed from the health and care of each customer .

In dialogue with Misiones Online, the young woman said that to distribute the elaborations they carry out a delivery service. Added to Puerto Piray, shipments reach  Posadas  where they have two distribution points. In that case, who helps her with the homework is her father, who travels a lot for work. However, he stressed that you can order the quantities you want anywhere in the province. Even, through the networks it was known that now the products have representative in the locality of Federación, Entre Ríos.

The flavored ice of the two missionary boys  do not stop growing  and the brand's name is increasingly listening.Among the comments on their instagram you can see comments from people from all over the country asking about the products. In fact, the idea liked so much that they were consulted for the possibility of replicating it in other cities.   To the point that a man from Rosario learned about the products from the news and donated money to them for their growth . What was the fate? , patent the creation and register the name of the business. Hold on the summer because it looks like Fruit Ice came to stay.