Home People Stories of people From employees to bosses

From employees to bosses

Two young Catamarquans went from unemployed to becoming undergraduates and founders of Black Gold. We tell you his story. 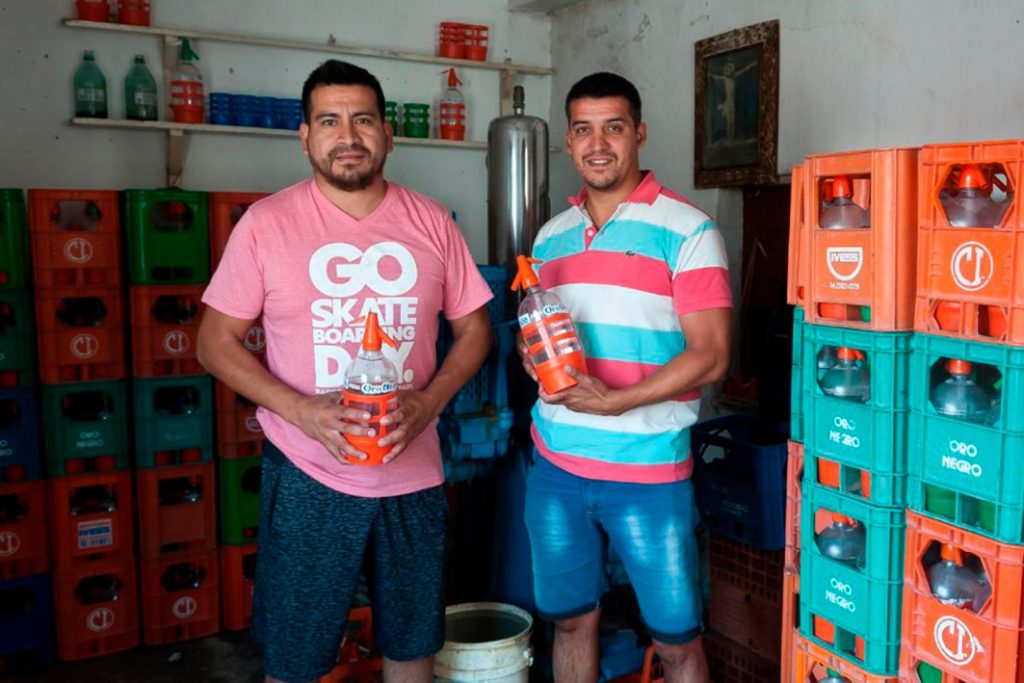 Gustavo Bonader and Exequiel Mercado are two Catamarqueños who changed their working reality. They went from employees of one sodery to becoming owners and founders of another. The path of the soberentrepreneurs, however, was not easy.

Two years ago the misfortune of layoffs hit the reality of Bonader and Mercado. The sodería they were working for closed their doors and they were on the street. The two Catamarquans have families and being able to support them was their priority.

Talking about the harsh situation and sitting in the Children's Park, Mercado shared his idea with Bonader: “We need to get a machine, and put together our own company.” The machine I was talking about was so I could make soda again. At first, for Bonader, and probably for Mercado, the idea was very crazy and far away. But the need and commitment of both to their families pushed them to seek resources.

They sold personal stuff and collected money as they could to buy the soda filling machine. So they became sober entrepreneurs and founded Black Gold.

The evolution of Black Gold and expectations

Starting is always difficult, and earning customers as well. Bonader and Mercado's sodery began with the distribution of 15 drawers of soda. Today, the company distributed around 350 drawers throughout the city, supplying bars and family houses.

The entrepreneurship of the Catamarqueños shows intentions to grow. Today, young people want to have the possibility of having a larger space. This would allow them to put more machines in place and thus also provide job opportunities . A medium of mobility characteristic of the soderia would also optimize the distribution. The microcredit given to them by the capital city council was fundamental for the acquisition of more drawers and siphons.

The product and the work

The drawer costs $120 and the young Catamarqueños highlight the gas of soda. They consider that their strong point: if it is well gasified, people do not complain. The water is properly purified. The mornings of the soderos entrepreneurs start with the cleaning of the siphons. Then the filling follows and the first distribution shift is for the bars. Then the second shift is made with the houses of families. They have a competitive product and the goal is to cover the entire capital and reach Valle Viejo and Valle Chico.