We tell you the story of two public enemies who were able to set aside their flags and political barriers to help themselves at the edge of the war. 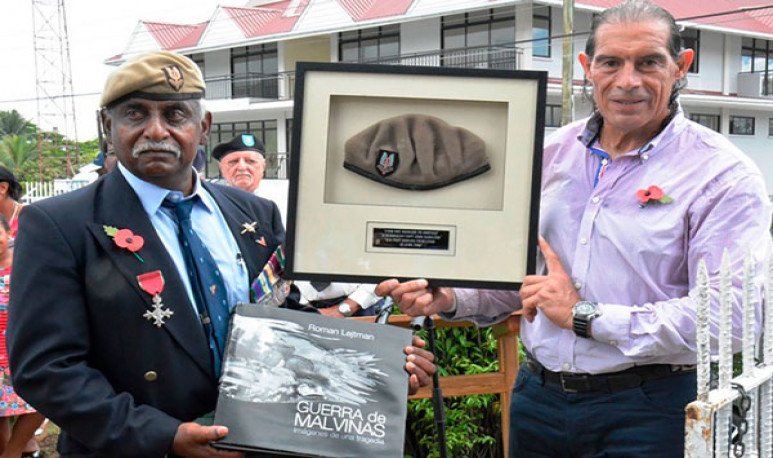 Gavin John Hamilton and Roy Fonseka were public enemies of anyone who is holding and defending the idea that the Falklands were Argentine.   The two were part of an English observation patrol based in Puerto Mitre (Howard). The first led her and the second accompanied him.  For five days  ,  codified and accurate reports were being sent on the movements of the isolated Infantry Regiment 5 (RI5).

No role is safe in war. One day after that,  another patrol from the 1st Section of the Commandos Company 601 was returning from a mission.  They were  led by First Lieutenant José Martiniano Duarte, and seconded by Sergeants Eusebio “Negro” Moreno and Francisco “Mono” Altamirano with Corporal Roberto “El Terco” Rios.

The column was moving forward, but decided to stop and rotate the formation. There were still 5 km away to reach the Argentine ranks in the village of Howard,  but they warned danger  in the rocky wall in height.   The threat was unclear and there were no certainty : Those people they saw could be kelpers or the ECA (Air Control Team, in charge of early warnings).  Microseconds looked like hours in the deliberation about who they were . Suddenly, and without enduring the intrigue, Chief Altamirano bravely released: “Stop! Are they Argentines? ”. 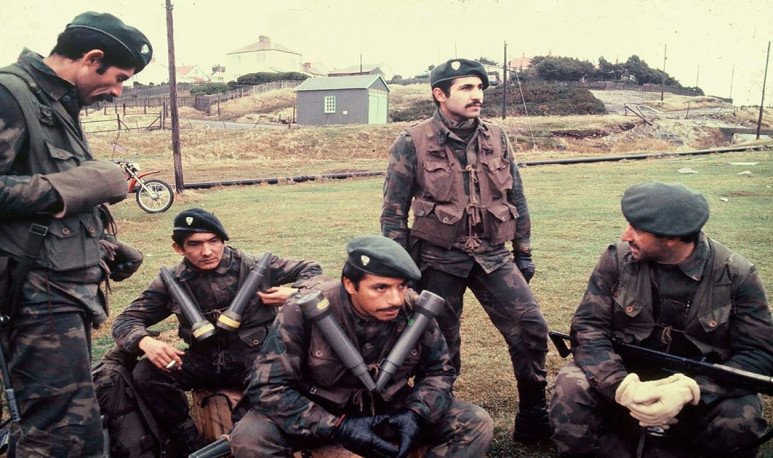 The two commandos began to unfold their fire  mercilessly.   Fonseka would run and shoot while her boss covered him. But, in that intense crossfire,  Hamilton's body became inert , without defense or salvation. Sergeant Fonseka, seeing the situation, raised his hands slightly  in a sign of surrender.  Faced with this, Chief Altamirano ordered: “Ceasefire, cease fire! He surrenders, surrenders.”

The attack ended, but they all continued  on alert and defensive.  The death of  that unknown enemy soldier  shook the commandos and left the thoughtful sergeants. While they were checking out the imminent prisoner, Sergeant Altamirano discovered something in Fonseka's sobaquera. That “something” was a  9 mm pistol with the legend  “Domingo Mateu Military Portable Weapons Factory.  Rosario-Argentina”.

With a very rudimentary Englishman, Altamirano tried to get an explanation, but  there was no agreement due to language impediments.   However, this exchange aroused a  particular sympathy among those involved.  Between Chief Duarte and Monkey Altamirano they were pious to the prisoner, while moving him.  The death of that unknown soldier had sensitized the entire patrol. Once they arrived in Puerto Howard, Chief Duarte ordered Fonseka to “put a poncho”  on Fonseka and camouflage him, to  make him go unnoticed among the kelpers.

Altamirano could not get the scenes out of his head,  and asked to visit the prisoner. “I wanted him to know that I respected him, like every soldier who surrenders. I went to  give him a helping hand  and in the way I wanted  to make sure that nobody mistreated him,” he  used the media. Meanwhile, Roy Fonseka  remained guarded  in a well covered with heavy woods and wool bales. “ Tomorrow, championat, the war cup,” the sergeant launched, trying to be sympathetic and  making talk to frighten loneliness . Altamirano was referring to the 1982 Spanish Football World Cup, and Roy knew it.   The language barrier was not an impediment  to the two of them demonstrating fellowship.

They talked until Altamirano observed the prisoner's discomfort with his still wet boots and stockings, and also noticed that Fonseka was cold. That's why he looked in his backpack and  gave him his sweater and a pair of dry stockings.   The Englishman thanked him  and they said goodbye with a handshake. Neither of us knew they'd be seen again...

Every war is political

Two days later, General Mario Benjamin Menéndez signed the surrender to Jeremy Moore in Puerto Argentino . In Port Howard, all soldiers were ordered to disarm and the burden of surrender broke the fighters.

Altamirano was forced to set up a runway for the landing of an English helicopter, and then remained in its place of location: a  small shed he shared with his group of commandos.  Ironically, the jailer became a prisoner, because  in war there are no stable roles or justice . In the middle of  the confinement, the Argentine sergeant heard that he was  called  “Francis, Francis,”  said Fonseka's voice seeking him to fire him.

“ Very good, Francis. Very good,”  Roy  said with his thumb up , thanking the good treatment he had received from  the now surrendered. It was not the words that were worth, but the honor of two gentlemen who impregnated the little place with the heat of recognition.  “ Very good for you,”  Altamirano replied, referring to the outcome of the war. But the Englishman, with humility and temperament replied:   “Do not worry! The war is politics”    , subtracting  weight  from that defeat.

These public enemies, but comrades of war, were reunited 35 years after  those bloody episodes. And they fused their relationship with their  gestures of greatness into a protocolary act.   Roy Fonseka and Francisco Altamirano met  in the Seychelles Islands, in the Indian  . Roy gave him one of the berets of the SAS and Francisco a book  with the photos of Malvinas.