This nun makes us think what Jesus would have done in the current times. She uses networks to share a little of her beliefs. We, we tell you his story. 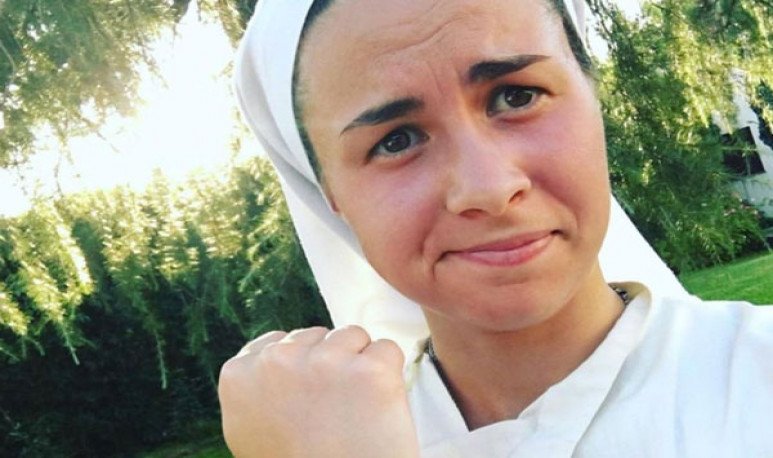 This is Josefina Cattaneo,  a young nun who uses current tools to spread her beliefs. Currently, it is located in the  south of Córdoba , in a town known as La Carlota, located 300 kilometers  southeast of Córdoba capital.  From there he produces audiovisual content  to bring the word of God to everyone  . This innovative dynamic gives new tints to the idea  of faith and religion.  For it spice up with  humor and sympathy  the millennial teachings of the Bible.

This nun began in religious life at only 17 years old.  He was born in Veronica and  lived much  of his youth in Magdalena, cities of the province  of Buenos Aires.  He has four siblings and his family is middle class. He says that, in his teenage years, he went out and had fun like any other girl. At those times, he was engaged in sports,  specifically athletics.  And he tells the media, as an anecdote, that when I was competing in the  Bonaerenses Games,  and I was very tired of running, “ I asked Jesus to help me finish.”  Since he has the use of memory he believes in God and feels a unique faith dedicated to Catholicism. However, he would never have imagined  becoming a nun and dedicating his entire life to preaching the word of Jesus.  But he did: on a mission in Quitilipi, Chaco, he decided to take his habits and  build a new life .

The beginning of a star

Josefina arrived only 5 months ago to the congregation where she is today. However, it soon  revolutionized the methods of the sisters of the convent.  With  his new ideas and creativity,  he began to produce material from  the Congregation Mercedarias del Niño Jesús  . The  TikTokero public, which in general is made up of young people.  And that, in addition,  is constantly updated  imponiend or challenges, songs and challenges.  Josephine is aware of all these facts, and uses them  to make known her philosophy of life.

The great thing about this whole situation is that, from La Carlota,  Josefina came all over the world.  A few weeks after he created  his account and had the idea of using his networks to preach, he became known throughout  the country.  He currently lives with five nuns in a cloister located in southern Cordovan, with  more than 14,000 followers and 72,000 likes on TikTok.   The new thing  is that it manages to promote new mechanisms to reach many people.

What is right and what is wrong?

Josefina uses  songs that are fashionable, reggaetons and different dance steps  that allow her to make known the word of God. There are no impediments  or restrictions  for her, who makes her creativity an  unmissable way to God's way. “ I really like TikTok because it's a new and innovative way to be on the networks. TikTok has something funny, with joy and that motivates me a lot,” Josefina tells the Cordobese media.  “ In a pandemic  it's all I have  to get close to people and not stop announcing it.” He says that, so far, he received no criticism from his superiors, and he fervently believes in its fundamentals for using networks. As it is aware of the  need to update the channels of communication with young people.  And that  the Church is constantly adapting to changes.  Even the sisters of the Congregation join their challenges in the networks:  a goal.

Josefina manages, with faith and fun, to spread her religion.