Home People Stories of people Euthanasia in Argentina: the story of a wrestling doctor

Euthanasia in Argentina: the story of a wrestling doctor

In this note we talk about a law that generates controversies. We tell you the story of a Cordovan doctor and the patient who inspired the brand new euthanasia bill. A lifetime in the fight for a dignified death. 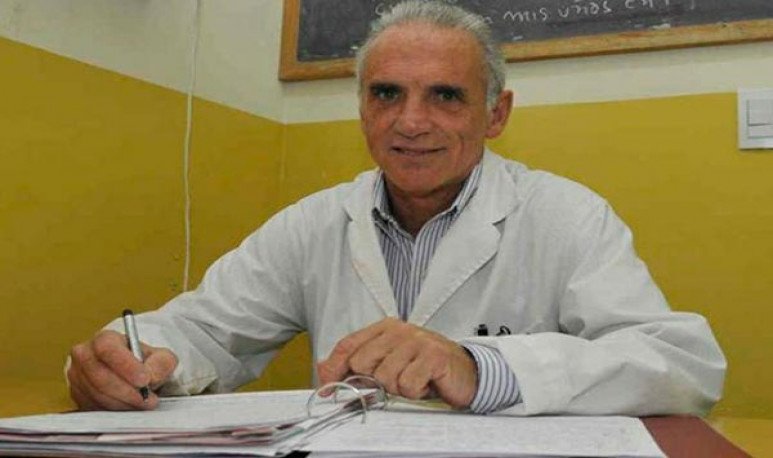 At present,  voluntary death in terminals is legal in seven countries  and partially in two other countries. In our country,  the details of a bill that would regulate these cases are being finalized.   The bill arises from the request of  thousands of relatives of terminal patients,  as well as a group of  professionals fighting for dignified death.   However, it is a controversial issue with many edges. In this note,  we count     the testimony  of a Cordovan doctor who inspired the creation of this project.

Carlos “Pecas” Soriano is a specialist in Emergentology  and is about to turn 70 years. With his vast career, and  the fight for dignified death as a flag,   he came to a request  from Alfonso Oliva. It was in 2018, and the patient was a young man who could only move his eyes . “He said he didn't want to live like this anymore, but he could no longer use his hands to commit suicide.”  On that day,  the patient placed a special order  to accompany the professional forever. He asked him  to fight for a law guaranteeing the right to end one's life in the  face of diseases that cause extreme suffering.

Alfonso Oliva  had had a common life until he was 31 years old  . He spent the days with his girlfriend, between football and outings with friends, while keeping his job in the family real estate. However,  he was diagnosed with ALS (Amyotrophic Lateral Sclerosis).   Before the diagnosis, small signs that something was wrong in your body: a sudden fall, frequent cramps and even difficulty in modulating.  At 36, I could only move my eyes.   It was only 3 years that elapsed  between diagnosis  and  total degradation of muscle capacity.   In that time, “Alfon” and his family tried all kinds of treatment, without response.

Alfonso stopped moving his hands, stopped being able to prepare a mate, to be able to take it. He stopped moving his arms, torso, stopped swallowing. He went on to be connected to a tube that sent food directly to the stomach and to sleep sitting to try to avoid those drownings caused by the disease.  In his last months of life , he refused to use a permanent respirator “ because he didn't want anything else to extend his life,” says his sister. Miracles. She had  a special connection with him:  she was his twin sister. He sensed and lived the disease almost like him. From those times, remember:

“ You had to bathe him, take him to do his needs, he drooled. Alfon got up with that agony and went to sleep with that agony. Did you see when  you wake up from a nightmare  and say 'good it was a nightmare? ' Well, it happened to him the other way around:  he dreamed that he walked and when he got up he realized he was prostrate.”

In that instance, after having  fought and tried various treatments , aware that nothing could improve,  Alfonso gathered his brothers .  He told them he didn't want to live like this anymore,  and  he asked them to interrupt their lives.   This is a very common request by patients suffering from a disease that causes them extreme suffering. Alfon, like many others, asked him knowing that in Argentina there is no euthanasia law yet.   The criminal and emotional risks of the situation led his brothers to  deny the request to Alfonso. 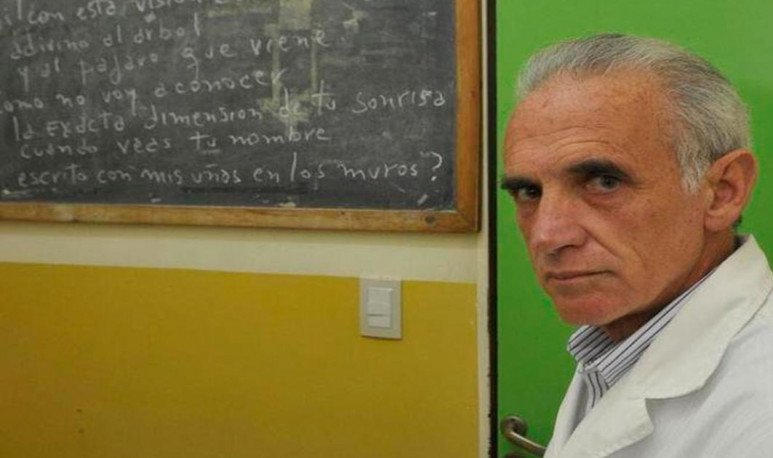 That's how Alfon, with a little help,  conducted his own research.    He contacted a lawyer first  and then the doctor Carlos “Pecas” Soriano, whom he had googled . Soriano is a specialist in Bioethics and was the one who promoted the law of “dignified death” in Córdoba.  About the brief meeting, the doctor recalls the details. And he emphasizes that, despite having lived  40 years of his life between intensive care rooms,  these cases are stronger:

“ Alfonso understood everything,  but he couldn't talk,  he had a computer to communicate. Imagine: I was looking at the H, blinking, looking at the O, blinking, looking at the L, blinking... and so on. After a while the machine said 'hello'.  He asked me to read a letter  he had armed with his lawyer stating that his suffering was extreme,  that he did not want to live longer and that, as there was no euthanasia law, what he suffered most was not having the right to decide.”

In the letter,  too     asked the doctor to  push for a euthanasia law  to give the right to those who followed. However, nothing could be done.  “ That day I promised Alfonso that I was going to take care of the subject (...) it was desolate,” says the doctor.

Alfonso died, but his spirit remained alive in the fight for a dignified death. There are several countries that have  euthanasia law: Colombia, Canada, Holland, Belgium, Luxembourg, Portugal and, recently, Spain.    Argentina's bill  does not yet have a defined name. Soriano would call it the law of  “Good death assisted by a doctor” , although in practice it is probably called the “Alfonso Law”.

“ To have no law is to go against the most sacred thing a person has : the power of decision over his own life, especially when that decision does not affect third parties. There is a stupid question that I always ask: what does one do when he has a sick dog who is suffering? You sacrifice it, right? Well, that means   today we give a dog more rights than a person.”

This is what “Fecas” Soriano thinks, and says that  the bill  speaks of  the right to intentional and voluntary termination of a patient's life.

“ We don't have to trivialize, it's not for anyone,   it's not for a potential suicidal.  We are  talking about people who are in   an irreversible, incurable or unbearable situation   of psychic or physical suffering, like Alfonso.”

To learn more about the law

The Dignified Death Act, enacted in 2012,  allows treatment to be suspended . For example, remove a respirator that keeps someone alive in an irreversible vegetative state. However, the law of euthanasia would imply the  active action of injecting a substance into the person to cause death.  “ Fecas” clarifies that  the Argentine bill obliges the person who asks for euthanasia to go through evaluations.  This also applies in other countries that already have a law.  The pre-action instances  involve a  psychological assessment and on the other with a palliativistic to    rule out a depression.

The draft also provides for conscientious objection,  but stipulates that if a doctor declares himself an objector, the equal right must be guaranteed.  This law does not establish specific pathologies where it may be applicable.  It is based on the patient's symptomatology  , in which a “ total pain” is identified, both physical and psychic.  Soriano, the fighter doctor, clarifies: “This is studied, many doctors support it, because  the work of a doctor is not just trying to save a life, it is also to watch for a death in peace.”

From anarchist bakers and friar balls

Of daggers and graves

Ana, the presence of the Hotel Eden

A generous country: it's a holiday, baby