We tell you a little about the giant love for toys and superheroes that Marcos Batallanos has, a Jujuño collector. 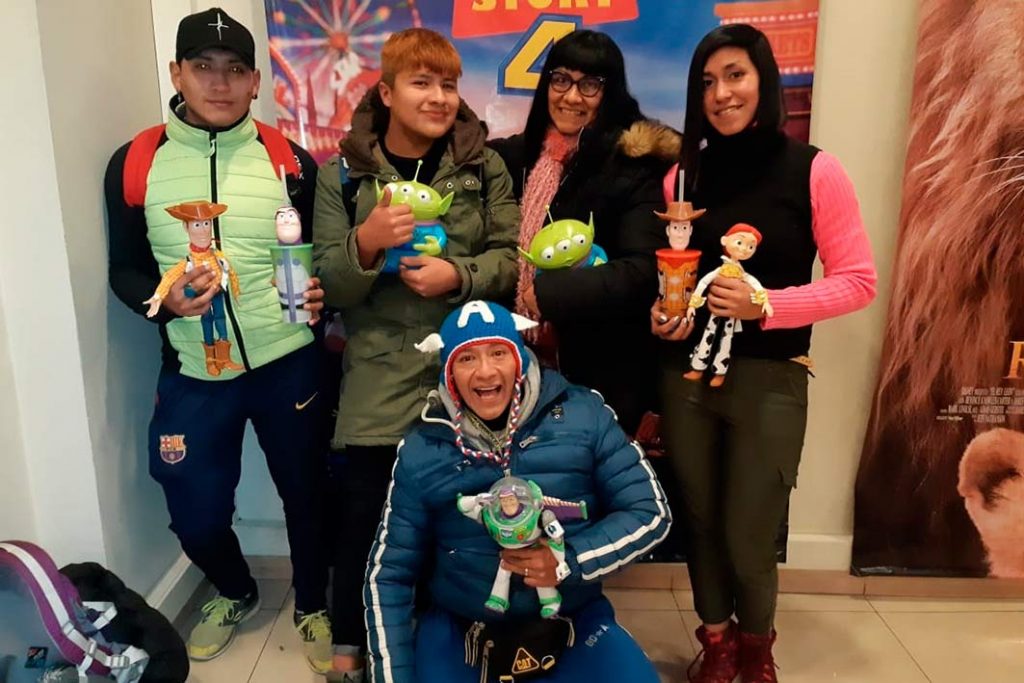 Marcos Batallanos  is a renowned collector and is from  Jujuy . The young man from the north perceives his toys as such, not as a collection. With each figure, animal or vehicle, Battalanos can create a story and simply play. The Jujuño collector doesn't have a specific collection, he has everything from soldiers to Marvel figures and dinosaurs.

Our society has built prejudices about many social practices and groups, and collectors have been the victim of that. It is common to hear people say that toys are children's things, and not to mention the types of toys that are assigned to boys and girls. Batallanos is one more misunderstood: “Some people don't understand that, when they're 49, they're giving me toys for  Christmas ,  Children's Day  or  Kings  .”

The Jujujuño collector does not define himself as such: “I am a toy maker, I love everything I have and I do not sell them or exchange them for other things.” His passion is such that he always has something that identifies him with superheroes. His clothes, his bed, his Captain America backpacks. Even your car and motorcycle have fantastic elements that reveal your love for  toys  and superheroes. The whole Batallanos family understands Marcos's passion and shares it. “Everyone likes to have their own toys, they put together Barbies, Kitty, Snoopy, even the bathroom is superhero.” His mother started giving him Star Wars toys when he was a kid. Every gift, every toy, had a lesson: it taught him how to care for and value everything he received. He also learned to save to get some figure or toy he wanted. Today she takes care of even the smallest of her toys, and transmits those values to her whole family.

The origin of the battalion of Battalanos

His first  collections  were little animals and soldiers who came in some pacifiers. He made the decision to form the family and set up his own battalion with only one mission: to play. Today the battalion could be said to be the family of Marcos, the  Jujujuño collector. Parties are very close, and love for toys and superheroes will be present. “Every Christmas we make a tree with heroes, a year of Marvel, another year of Star Wars,” confessed the toy maker.

The message of the toy maker

“We all have a child inside, some awake, some asleep and some lost, but he's there waiting to get out,” Batallanos said. For him, life is a constant game: if we do well, it is because we are following the rules and, if we do not, it is because we do not comply. Knowing how to play for the Jujujuño collector is a chance to live happily and added: “Never kill your Peter Pan”.