Home People Stories of people Estrellina: the clown that sensitizes with her show

Estrellina is the clown that sensitizes children about child abuse, which is a very worrying problem. 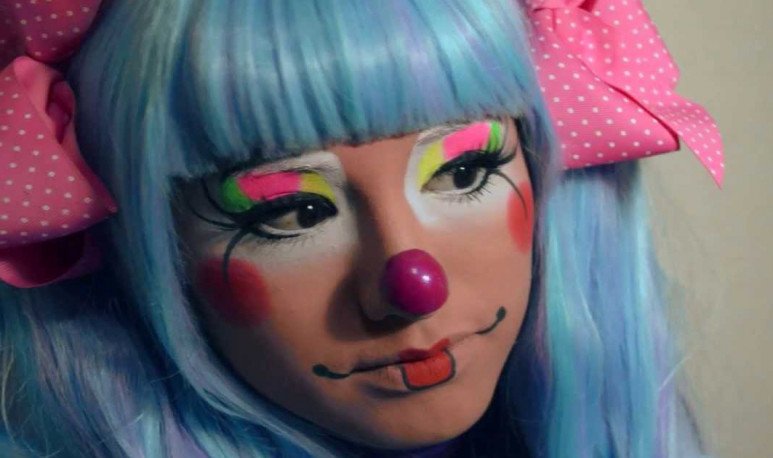 With a  show  full of laughter, Estrellina teaches the little ones to prevent themselves and sensitizes them about child sexual abuse. It is a problem that concerns both parents and society in general. For this reason, she offers her show so that children, in addition to having fun, get prevention tools. His show is also aimed at parents to be attentive to any signs of child abuse.

Starllina, the clown, created the character to be able to talk to the  children  more easily. In this way, she can communicate with the little ones and inform them about the preventions and collections to be taken about child abuse.

Monica Sagardia, who plays the clown, began with her shows and quickly joined her move teachers,  churches  and the entire community of Jujuy. All in order to promote that much-needed education for children and also for those boys and girls who need someone to listen to them. The “silent screams”, as Monica says, are from boys who need to be educated at an early age on this problem.

Estrellina la clowasa is a show that is armed in conjunction with society. Your presence is requested in schools, canteens and even neighborhood centers, places that care to help you with your show with everything they have and can in favor of children.

With colors, makeup and a very lively  wig  , she talks to the little ones as if she were a mom. With various games he educates his audience, because children understand through the didactic the teachings proposed by the peculiar character. Monica explained that when you talk about sex at home, it is seen as something dirty, in other words, as something forbidden. She tries to talk from another perspective, from sex education as such. Thus, children thank him because they have learned playing and parents are shocked to see that sex education can be taught differently.

Monica Sagardia insists that children should be instructed at an early age, so that they have tools of defense against any threat. Talking about such issues in any home is currently something forbidden, quiet or silenced, therefore children can not express their inconveniences correctly. This is why the Star Clown fights and persists in her shows.

New cases of child abuse are added every day in Argentina. According to data from the National Government, fifty-three per cent of cases occur in the victim's home, eighteen per cent in the aggressor's home and 10 per cent in a family member's home. In almost half of the cases the victim is between six and twelve years of age. These are really worrying official figures.

Another variable currently that has increased due to  pandemic  and social distancing is grooming or cyberbullying. In this type of aggravating, the stalker persuades victims to take actions such as taking pictures, recording or even attempting video calls. All this for the purpose of sexual touching or attempting. Usually perpetrators impersonate as children of the same age with profile photos and false information. These crimes are committed through social networks by sending a friendship request to the victims.

Communicating is to prevent

Estrellina la clowasa shows are performed “on a lung” with how little or much she can offer at the time of the show. But his predisposition is always above the expectations of its viewers and above all to provide that important information for the little ones.

Estrellina la clowasa owns a Facebook page. You can find her as  Estrellina Preventora , where she shows all the places she has been spreading and communicating through her games and smiles. Also, leave your contact so you can provide your presence in the place you need it most.