Maité is an 8 year old girl who promoted a hair donation campaign to make wigs for people on cancer treatment. 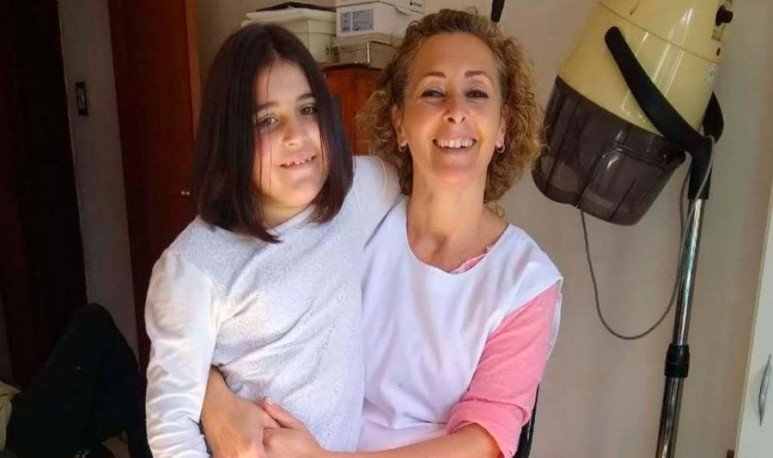 “What happens to children when they lose their hair?“Maité asked her mother, Mariana Ludueña. That innocent doubt about this 8-year-old girl began a hair donation campaign for wigs that increasingly adds more volunteers in  Alta Gracia ,  Cordoba .

His mom replied that they were wearing wigs or scarves to cover their heads. So, Maité did not hesitate: he decided to donate his hair. After finding out the conditions, he had to wait a few months until he reached the right length of at least 25 centimeters. That gesture, shared in networks by her mother, in a few months became a community campaign.

On the second and fourth Thursdays of each month donations are received at the hairdresser of the Municipal School of Arts and Crafts of Alta Gracia. At the moment, more than 20 people already contributed their freshly cut hair for the realization of oncological wigs.

Donations are taken to the Vanesa Durán Foundation in  Cordoba , which sends the material to the United States for the manufacture of the wigs. It is important to note that with the hair of nine or ten  donors , a single wig is performed. That's why it's essential that people join the campaign. In addition, the costs of such a wig, if it is a question of buying them, usually are around 20 thousand pesos. An amount that is not accessible to the majority of the population.

Wigs for people with oncological treatment who lose their hair, both provincial and national, are delivered in comodato for eight months. That's how long it usually takes to grow hair after  chemotherapy .

With a beautiful gesture like Maité's, someone else can be helped to cope with such a delicate time as cancer treatment. Because we're not donating hair: we're donating love.