Martina Cespedes, a brave Sergeant Major of the Viceroynal Army. 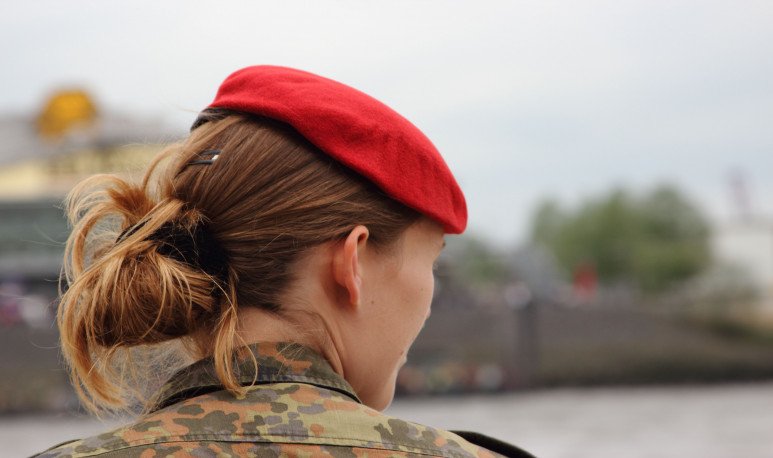 The myth says that during the  English Invasions , the inhabitants of  Buenos Aires defended themselves by throwing boiling oil to intruders. Over the years, someone came to put a little home economics into history, and clarified that oil was a very expensive resource at the time to be throwing it out the window and that, in fact, the attack had been with water (which, if it was boiling, more or less fulfilled the same function).

Leaving water and oil aside, the chronicles of the time prove that the neighbors were organized and fought against the  English  with what they had at hand. And that, on more than one occasion, was just cunning and bravery. As in the case of Martina Céspedes, the owner of a  pulpershop  located on the current street Humberto I 300, in the neighborhood of   San Telmo .

In 1807, during the second invasion, twelve English soldiers arrived at his door one night. They were alcoholized and wanted to extend the evening even further. Martina, who lived with her three daughters, far from being scared of the situation, came up with a quick and effective plan. He told the beodos he'd let them in, but if they did one at a time.

With this strategy, Martina and her daughters were able to disarm them and hold them as prisoners in the basement of the place. Once the occupation had ended, he went to the square and handed over the detained soldiers to Viceroy Liniers. With one caveat: instead of twelve men, the hostages were eleven. It is said that Josefa, Martina's youngest daughter, fell in love with one of the Englishmen and married him.

For her heroic attitude, Martina Céspedes was appointed Sergeant Major of the Army with the right to pay and wear a uniform, with which she was seen proudly parading in various homeland acts.

But Martina was not the only woman who bravely contributed to the defense and reconquest of Buenos Aires during the English invasions.

Manuela Hurtado Pedraza, “La Tucumana”, was the protagonist of a well-known episode in the history of this time. It is said that during a confrontation where Miserere Square is today, in the Once district of Capital Federal, Manuela fiercely entered the battle and killed with his own hands the first Englishman he had at his fingertips. He did it by taking over his rifle and through a big melee fight. After he murdered him, he continued to fight like one more shooter among the men. Santiago de Liniers, the then commander of the Buenos Aires forces, was obnubilated by this scene, considering it a heroic act.

The man reported what happened to the king and recommended that he recognize Manuela for his patriotism and daring. Charles IV did not hesitate and appointed her second lieutenant of infantry wearing uniform and paid.

Manuela is no longer but still alive in the memory of the homeland and in various tributes in her name. In Buenos Aires, there is a street and a school that bears his name. In other Argentine towns and cities they are also honored, as in Mar del Plata.

On the other hand, the Autonomous City of Buenos Aires awards each year the Honorable Mention Manuela Pedraza. It is a way of recognizing exemplary women in Argentina's social struggles to “claim the tradition of emancipatory struggles and the defense of national and popular interests for which many compatriots offered their lives. “, as stated on the official website of the prize.

Art is also reminiscent of the heroine of Tucumán. The poet Pantaleón Rivarola dedicated these stanzas to him:

“ To these generous heroes an amazon is added. What hides in manly triumphant costume of the English people: Manuela has by name. By homeland Tucumanesa”.