Little is known about them and their commitment to free education. Two teachers bring missionary children to a traveling school. 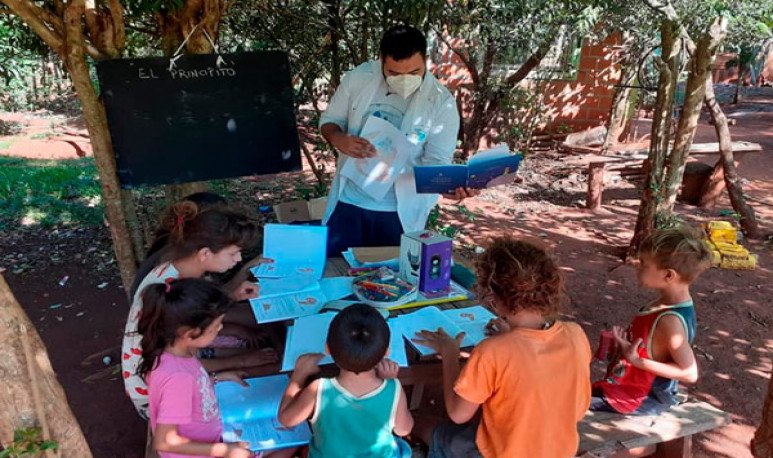 For  three years there has been  a  project in  Misiones  that  travels exposing the contents of the basic subjects of the  primary  education . But it also encompasses a  social and community initiative for children with and without disabilities  living in 14 local communities. The creator of the  school  is a Uruguayan named  Julio Manuel Pereyra , although he is not alone in the task. She does it together to  Yanina Rossi , who is born in the red land. This is the only itinerant community educational proposal for children and adolescents and intercultural and bilingual contexts . This work is carried out in  jungle, garbage and rural areas .

Juan Manuel is a community educator and teacher of Support for Inclusion . In dialogue with Infobae, the man reported that the idea “Escuelitas Ambulantes” takes place in different Argentine localities. Even, he himself came to travel Corrientes, Chaco and Santiago del Estero when he started six years ago. At the same time, they have workshops on Educational Inclusion and didactic strategies to public schools free of charge. The case was joined by  Yanina, who is a Special Education teacher  and knows her province well.  In addition, she is responsible for giving talks to girls, adolescents and women on the prevention of gender-based violence .

For its contribution, the school was recognized in 2020 with the Global Teacher Awards (AKs India) and the Spanish Spiral Education Award. While last year they received the Iberoamerican Teaching Award and the Teachers who Inspire Latin America Award.  And it is not for less, since his contribution to  society  has been more than notorious . One of these is to  have achieved zero school dropout and zero recurrence among the 364 boys and girls in 14 communities . However, there is little talk of its existence in Argentina. From the perspective of their creator, it is because they denounce realities that are not always welcome. For example, malnutrition, child labor and non-schooling. 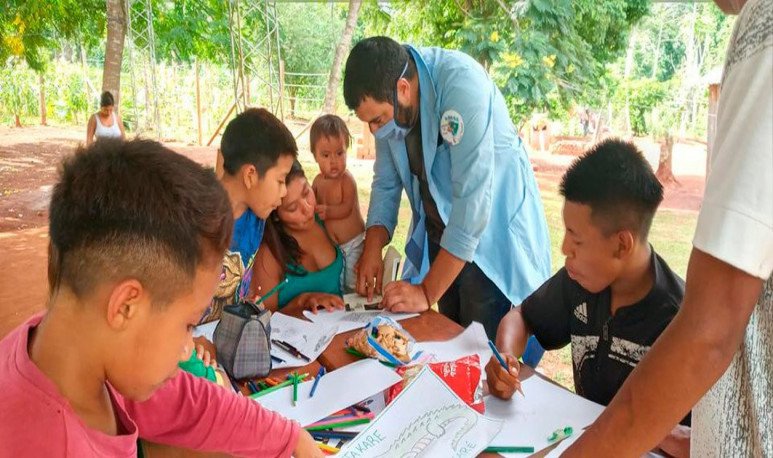 Education to all terrain

The teacher explained that  the objective of the project is to strengthen, prosecution and expand the teaching and learning processes . In this way, they propose pedagogical and therapeutic work providing school support and initial literacy. But they also provide early and timely stimulation, psychomotor and psychopedagogy for children with disabilities and learning problems. They do so through Sign Language and Augmentative Alternative Communication (CAA). They also offer didactic or technical adaptations and adapted modes such as the Floortime system.

On the other hand, the subjects they give are Social Sciences, Natural Sciences, Mathematics and Language. To which workshops are added on specific topics of each reality. And not least, they spend time on Integral Sex Education (ESI) and report on conditions or diagnoses that have. They also process shifts for specialists or doctors, teach how to do paperwork (DNI, Certificate of Disability, Social Works). Finally, they accompany complaints of gender-based violence, sexual abuse and child abuse. 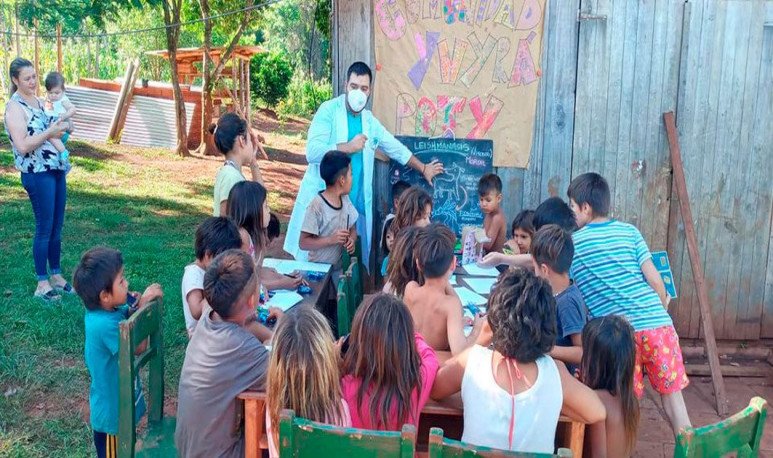 It should be noted that the traveling school is not an NGO or a foundation . It is actually a proposal that is supporting from the promotion and management of community donations of materials . Likewise, they set up neighborhood libraries and collaborate with canteens. They do not receive or accept money and make visible the fate of resources through social networks. However, Juan Manuel stressed that what they need most are godparents who link with children. People who exchange messages and videos with them so they can overcome fear and shyness. He holds it as firmly as his struggle to make sure no one else has to go to work or to prostitute himself.