Home People Stories of people Betina, the historian of Soledad

A Correntina fan who finds in the letters the magic that Sole Pastorutti transmits to each of his fans. From a fan to a historian of Soledad. 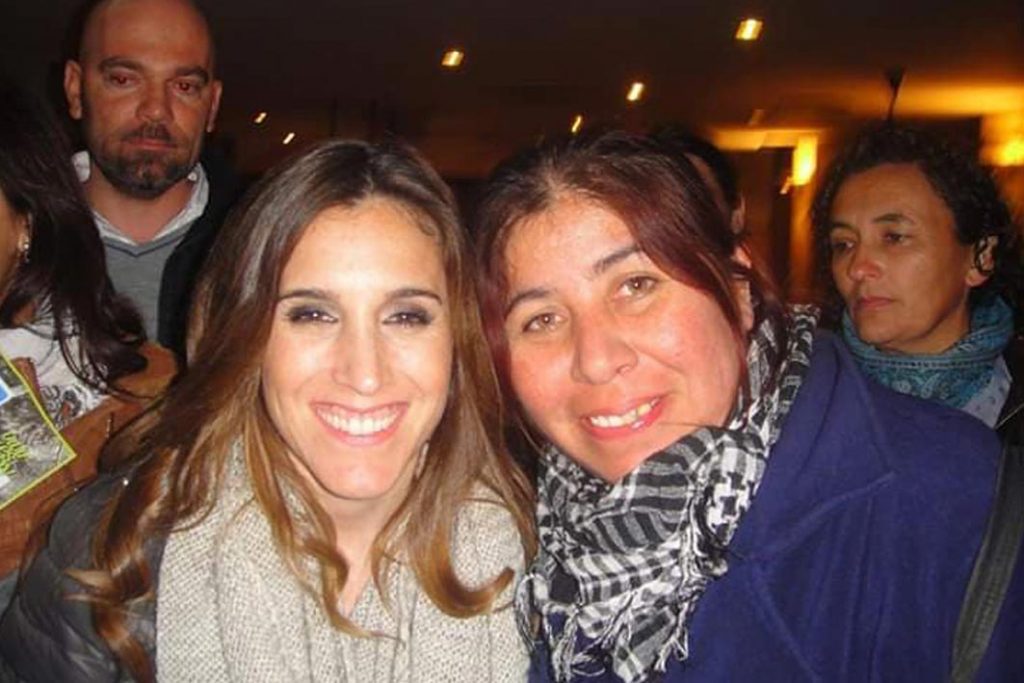 Betina Araujo, 41, from Mocoretá, Corrientes, is arguably a historian of Soledad Pastorutti, “La Sole”. But not a historian who talks about the biography of the santafesina, but someone who puts words to the love and admiration of other fans for the Sole.

His admiration was ripped off in '96, when he saw Pastorutti with his parents for the first time in Cosquín. The TV of his house every summer had the Cosquín festival to accompany the “Typhoon of Arequito” from his home. The historian of Soledad recalls her first cassette: “I followed her on TV until I had my first Poncho cassette in the wind”.

From 2000 Betina began to follow La Sole all over the country, her faithful travel companion was her daughter Maca and some crazy friends. Today Maca found love, has grown up turning Betina into a grandmother. Among the appointments he always has with Pastorutti, one of the most important is the birthday of the Santafesina in Arequito with all the fans of the world. Araujo is part of a community that always helps to follow Soledad wherever it is.

Maca was responsible for Betina meeting Soledad in Curuzú Cuatiá. “We were walking through the hotel where Soledad was, and my guanita saw it, broke loose and ran to Soledad,” Araujo said. But the strongest thing was not that, but what Maca said: “Sole, I've been listening to you since I've been in my mother's tummy.” That was the beginning of Soledad's recognition of one of his most loyal fans. Although, for the fans, the faithful is the Sole, among them they say: “La Sole never abandons its people”.

The beginning of the historian of Soledad

The passion that Betina always had was writing and one day, when she returned from Cosquín, she felt the need to tell about the world that follows Soledad. Behind each show there are thousands of stories and fan experiences that Araujo reflects on his blog. First he did it on Facebook, but seeing the amount of words and posts his brother Alexis recommended to open a blog. “This is how the diary of the gypsy in Soledadbegan,” Betina confessed. The magic of every story

The writing is given in the courtyard of your home every time comes back from a festival. In order for the inspiration to start Araujo must have its mate prepared and should sound a good random chamamé. The only payment that she has for every story it tells is the commitment to share with others the blog.

The hobby of writing ignites when Betina looks at the reaction of each fan when connecting with Pastorutti. The historian of Soledad understands that sound music, and can interpret those feelings in the other. For the

The Firefly: Light for All

Agroecological fair: the Cordobes say no to the agrotoxic

The Brownsito, a sports tournament with Basque accent