We tell you the story of this future Cordovan researcher, who is an engineer graduated from UTN San Francisco and has one of the best averages nationwide. Take mate! 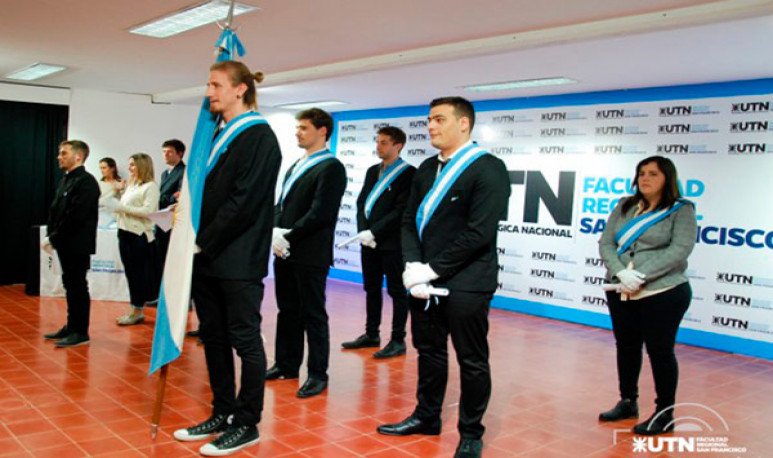 The Regional School of the National Technological University in San Francisco  manages to have the presence of one more prominent student, making all Cordobeses proud.  This is the   chemical engineer  Leandro Emanuel Dietta , from 24 years old, who graduated in April 2020 having  obtained the best average of the San Francisco high school house.

He was distinguished at the National Academy of Engineering “Ing. Isidoro Marín” for being  one of the best graduates of engineering careers at Argentine universities.  In this way, Dietta became  the twelfth UTN San Francisco graduate  to receive this distinction  since the implementation of the tribute in 1993.

This brilliant and intelligent young Cordovan  is also a basketball player at Club Atletico San Isidro. Always,  generating a balance  between their studies and their sports activities. And  always standing out  in what he ace, because  Leandro never gives up.

With an average of 9.39  Dietta became one more of the graduates who would be recognized nationally.  Since the National Academy of Engineering takes into account graduated engineers  with an average  of qualifications  equal to or greater than eight points . To obtain this distinction, students must have obtained these grades as  regular students and during the average year period established for the career.

The humility of a genius

Leandro, humbly, said it  was a surprise  when the email came from the educational entity with recognition .

“ For me, this distinction was very important and a surprise because I didn't expect it and I didn't know it. I knew other standarders of our UTN received it. It was weird to get it in such a different year because I knew it through an email and I was surprised,” he says excited. In a context where everything changed and even mentions and honors  adapted to technological media , Leandro received his recognition.  “ It is very nice that one is recognized for this and while it wasn't my goal to have the best average. After all, even though it wasn't my goal,  I tried to get the race well, approve and everything,   it's nice that they recognize  those things,”  he added.

Dietta received the distinction through  a digital certificate.   “ I would have liked to receive this distinction in person because I would have brought together other engineers and we could  share a moment together,”    said the young man. Like everyone else, the young man misses the presence and the collective embrace. But likewise,  it did not cease to be a pride and joy to have received such a tribute.

Like many other young people, Leandro  began his career  with great caution. He felt some moments of  insecurity, fear and even doubts  about whether he was choosing the right path. However, none of this influenced and  always remained with a firm step. With a flag of perseverance and willing to provide all the necessary hours to the study.  This was giving him satisfaction as  to get to the top: being a standard-bearer of the UTN     .

“ I don't know if I'm so applied, it was happening during the race.  I never thought I was the best average or the standard-bearer  , in fact, in the first year, I wasn't among the best, but I got surpassed as I progressed,” said the interviewee in the media. “ The process of the race, seeing it from the end,  seemed short to me.  I barely started  it seemed like it was a  thousand years , that it was never going to end,  but once finished it seems less, it  's not as much as you think,”   he said.

As soon as she won her degree,  Dietta began her PhD in Chemical Engineering at the Universidad Nacional del Litoral in Santa Fe thanks to a grant from Conicet.   “ This year I studied virtual but next year I moved to that city to begin the experimental stage of  my research work.”

Talking about Chemical Engineering  seems to be talking in codes totally alien to the common of people and reserved for  a community  specialized. The young man says  it's not as complex as most people think.   “ It's a complex career for those who don't like the exact sciences.  Advocacy is difficult and complex for me, but maybe because  I don't get along with the social sciences,”   said the graduate.  “ Chemical Engineering is a very nice career, especially for those who like mathematics, which is common in all engineering, but many people may not like.”

On the application of his study, Dietta said that  “everyone thinks that Chemical Engineering is to be all the time in the laboratory and working on chemical reactions, p ero is much more than that.  It is based on the  processes of industries, to find out what happens, for example, in food production.  Our work is essential because we make these processes  more efficient and less resources used.”