Home People Stories of people Being young and living for others

The social project in which the young Luciano Rossi works, together with an innovative movement, aims to improve the lives of those who suffer most. 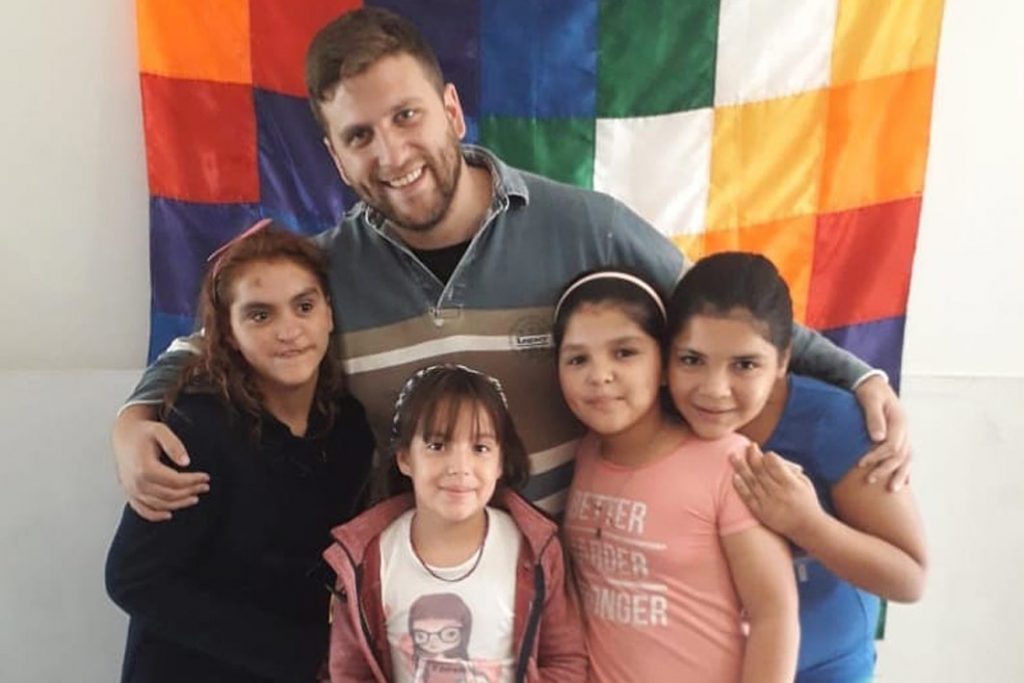 Luciano Rossi has just turned thirty and, less than two years ago, decided to give up his previous life to devote himself fully to those who need it most. Together with colleagues who share his ideas and his social commitment , the young man founded, in the city of Santa Fe, the MERCURIO Movement (Revolutionary Ethical Movement of the Renouncing, Intimate and Working Universal Consciousness).

From this space, they plan to launch a “School of Resignants” for community referents. “The idea of renunciation is something we are working hard to do. We want to train leaders who renounce all personal possession in exchange for the privilege of serving their own people,” said Luciano, who decided to move to live and develop his ideas in the heart of Santa Rosa de Lima, one of the poorest and most criminalized neighborhoods of Santa Fe. “Gandhi said that if any social leader wants to work seriously for his people, his greatest commitment is to stand by the most vulnerable.” So, looking for a house in some of the city's peripheral sites, Chano (as the locals say) found a house in Santa Rosa.

MERCURY emerged to help alleviate the lack of core resources, the lack of schooling of mothers, and other social problems. “But we realized that, if we just work on a day-to-day basis, we'll always be putting out fires. By that we decided to go deep and consider the creation of an institution, from which we intend to form neighborhood referents that are responsible for transform reality into its own sphere.” Gradually, they join the proposal members from other parts of the province and their longing referents bring their work to the whole country, including forming Latin American forums to deal with these problems, without necessarily incurring in the field of politics.

Do something before it's too late

Luciano ensures that it is necessary for those young people who have a critical look at the current course of our society take the bull by the antlers to achieve to propose alternatives. “In order to discuss this in a serious manner and to be listened to, a whole program is needed. But at least we want to start discuss it, and for that it is necessary to train people.”

In the movement refer to Mahatma Ghandi. He proposed a triad. Is necessary a change, starting with one, in three dimensions: mental, physical and spiritual. It is a basic balance for the human being, reflected in the outside.

Examples such as that of Chano, although they seem scarce, are the ones that turn on hope. Meanwhile, sometimes, we stay complaining that “youth is lost”, there are young people who dedicate their entire lives to trying to make the planet a fairer space for all.

Santa Fe to the Mexican

Swimmer santafesina to the South American

The best of beach volleyball went through Santa Fe

Shall we have some dough?

The incredible story of the bank robber santafesino

Watch out! Don't fall in the ditch.

From the beach to the mountain by the ARA San Juan