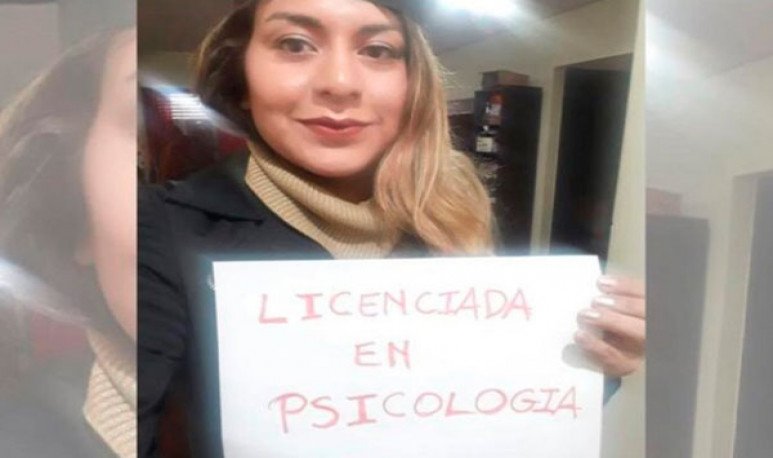 This is Daniela Candelaria Sajama, who graduated as a degree in Psychology with one of the highest grades.  It is one of the stories that would not be possible without the  Gender Identity Act and Ordinance 9/11.  A trans activist who gets her title by respecting her name  and gender expression.

Daniela graduated in the midst of global chaos, with a  pandemic in between and quarantine.  However,  nothing stops her.  He defended his thesis online, and obtained his degree. That is why today she becomes an icon of the University and is the protagonist of a  historical episode  that will always be remembered by the  LGBTTTIQ+ community  and Cordovan society. Daniela graduated on Wednesday, August 20, 2020, the key date that becomes a  hinged moment for the University of Córdoba.

Ordinance 9/11  is also the protagonist in this event, since without it it would not have been possible for Daniela to graduate being free to be who she is. This Ordinance provides that the UNC is an  institution free from discrimination on the basis  of identity or gender expression.   In addition, it provides  that all persons who consider that the name assigned to them at birth does not correspond to their identity or gender expression can apply through a simple procedure, that under UNC be recognized by the name they choose for themselves.

Much remains to be done

However, there are still  problems around its compliance . For example, one of the aspects that are currently being problematic is the  exposure of sensitive data in the digest.  Or also the dissemination of personal data of transvestites and trans people. Issues that violate the rights of the community. There is a great deal to change in terms of gender, as  our current society is hostile to sexual diversity and divergences. And  situations of discrimination and violence against the LGBTTTIQ+ community continue to occur in everyday life.

But news and stories like Daniela shows us that,  little by little, we are changing  and building realities  where no one is left out.  The National University of Córdoba, a key institution of Cordoba's identity, is increasingly guaranteeing  the right to education on an  equal footing.  The law on gender identity, in this regard, becomes a key regulation, since it allows  everyone and all its students to be recognized.  As  full citizens and subjects of law.

8 years of law, one exit

The Law on Gender Identity  was sanctioned in 2012, almost 10 years after its adoption, Daniela became the first trans graduate  of the National University of Córdoba. This average indicates that while laws support the LGBTTTIQ+ community,  social conditions are not so much.  Since, over 8 years  there should have been more trans and transvestites graduates.

Daniela's departure is  a pride, a historic milestone and a reflection of a society that is on the way to be inclusive.  However, the academic and work paths that members of the LGBTTTIQ+ community must go through are much more hampered than others.And, in order to  create a fairer society,  it is necessary to take this into account.

The current graduate Sajama had tried, on another occasion, to study at the University of Jujuy.However, he failed to complete his career because of continued discrimination. That's why he decided to try the Docta, where he  finally got it .Daniela Candelaria Sajama is today an icon of the University,  the Faculty of  Psychology and the LGBTTTIQ+ community. He also serves as an  activist and leader in the Association of Transvestites, Transsexuals and Transgenders of Argentina (ATTTA).  Those who work to enforce the rights of the trans and transvestites community.