Piqui and Chiche are a couple of older adults who have in their yard “the largest azalea in the city of Paraná”. 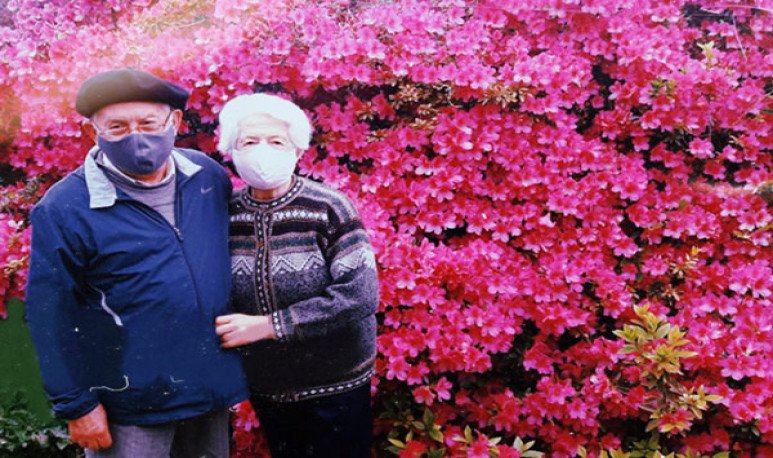 The  Paracao district  of the capital entrerriana  is well decorated  during the  spring  . As if it were a  puzzle  of a thousand pieces, you can see multiple petals that together form an  imposing fuchsia color .  It is the azalea of Chiche and Piqui, who lived in the back of his house for more than 50 years . These are the gifts offered by the arrival of a highly sought after climate station within the community. In this context there are little allergies, pollen is in the air and  the aroma of  flowers  invades   streets . This is  a time of year that Paranaenses enjoy  and record constantly in photos.

When  local media visits the couple,  the postcards they leave are emotional. It's just that you can see them  embraced and with love . A fellowship that is reflected with an explosion of  colors  behind where they stand. And there they are seen, smiling and proud to ensure that there is no other like her in the town.  The plant covers almost the entire surface and its owners count that now it began to spread over cement . There is no one who brakes her, because she seems to feel comfortable knowing herself loved and cared for.

The star of the sector

With humility, but without skimping praise, Piqui revealed that Azalea is perceived particularly beautiful during this spring . However, she is not alone in the yard. On the contrary, it is accompanied by other species that were hidden as it grew without ceasing. In this regard, the woman reported that, at the time of her planting, she lived with a lemon tree and a jasmine. Although they ended up drying because of the hydration that took away the new large member.  Today she is the queen of space and is watered with much affection and happiness .

Initially, the copy  came  to the couple's home  as a gift from a traveling man  heading towards Concordia.  For many years they had it in a tin container and then moved it to  earth  . As for the choice of its location, it was next to a pine tree. This was because, according to Chiche, they thought that heartburn would benefit her in her care. A clearly correct decision, given that it currently covers almost completely the  land, the size of which is five by ten meters .

About the  proceeds  they carry out for their  maintenance  , they explain that it  does not require much  . They simply  water it with a hose in the center  so that the water continues its course. Even,  they never had to add any kind of fertilizer to it. It happens that the plant  autoplets  with the number of leaves and flowers it produces. That's why its owners talk about it as if it had magical components.  It is that place where their buds touch, a root is seen to be born .

The azalea of Piqui and Chiche does not stop growing , it does it forward and also on the sides.  When they consult the man  for his splendor,  he refers to him as another member of the family  . The tenderness in his voice reveals him and makes it clear that they intend to let it be in their nature. In fact, they don't even touch his branches. The latter cross the wall and bend to the other side. As an anecdote, Piqui likes  to tell that neighbors like it very much . He also claims that they have tried to pull a bit out of it to make their own cuttings.