Home People Stories of people With 96 years old, he beat the coronavirus

Maria Crossi turned his birthday in July, but celebrated in September. It is that defeating the coronavirus can be a much more justified reason to celebrate. 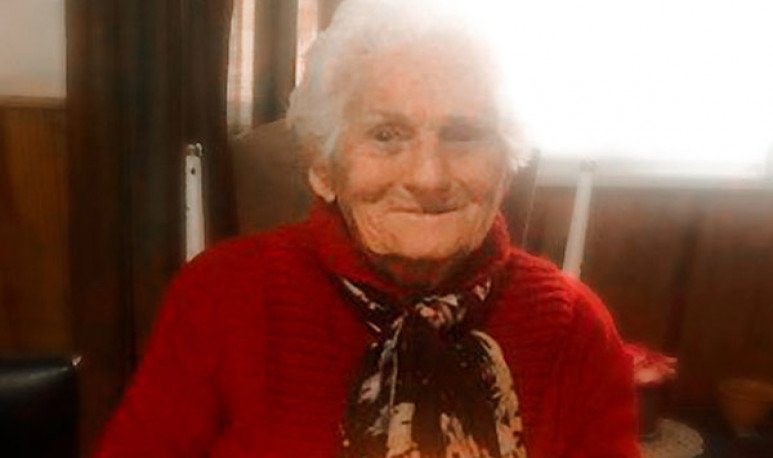 Statistics, numbers, contagion curve, and other cold numbers can be viewed anywhere else. Here we are going to keep  the story of Maria Crossi , a 96-year-old woman who, against all sorts of forecasts, beat COVID-19 and is back at her home from the department of  San Martín , east of the province of Mendoza.

The protagonist of this story blew 96 veils in July, celebrating with how little quarantine allowed her. However, the celebration quickly became bitter. Less than 2 months later, her granddaughter Antonella tested positive for coronavirus, but asymptomatically, so she only had to be isolated. However, Maria  herself  and her daughter, Maria Rosa, were admitted to the Argentine Sanatorium of San Martín, to whom they are grateful for all the care and attention. Antonella, who was the first to get COVID-19, lived it virtually without symptoms. She herself was in charge of motorizing this life story, spreading it  on social media   and media to give a hopeful message that rules have exceptions and not all the elderly who get infected with this virus, die.

Maria and Maria Rosa were interned on 11 September. They came with some health problems that preannounced what would come next, first it was “a coughing” that happened to be a dry cough. Oh, ugly. There were suspicions of first mild and then acute bronchitis. Time passed and the paintings were getting worse. In Maria Rosa's case, the concern was extremely high because oxygen starvation began to cause consequences. I was lost in time and space. It even manifested problems in modulating and being able to communicate clearly.

The swab confirmed the suspicion. Mother and daughter tested positive for coronavirus.  They were admitted until September 14, when the mother was discharged and, for the grandmother, they asked for the voluntary discharge. Grandma's situation was daunting. His family feared Maria Crossi would die in solitude. It was his daughter who decided not to leave the old woman in the hospital. And he did so before he signed the exit by his own decision.

Already at home, Antonella took care of continuing the fight.  He managed to rent oxygen at home , which cost a lot because it is a product that is scarce. However, two days later, the grandmother had already regained the good face, the mood and even the desire to eat.

Maria, her daughter and granddaughter remember  Fabian Ferro, who attended them at home and, after reviewing the rigorous medical studies, warned them that they would be admitted.  Mary has special gratitude to the family, which is not large, with only the daughter, another son and  granddaughter , but who is obviously very united and determined to deal with problems.

Mary's was commendable.  He didn't need an artificial respirator during hospitalization.Nor did he develop pneumonia as it happens to the vast majority of coronavirus infected.  He did have a picture of lung condition. Fluid in the lungs. An edema, but it's already on the way to definitely leave it behind.

This was the passage of COVID-19 by a  96-year-old  woman. The vast majority beats them. However, he could not with Maria.