It takes place in the Iberá Esteros. Water harreo, little by little, becomes a surprising tourist attraction. We tell you the story of Mingo Ávalos. 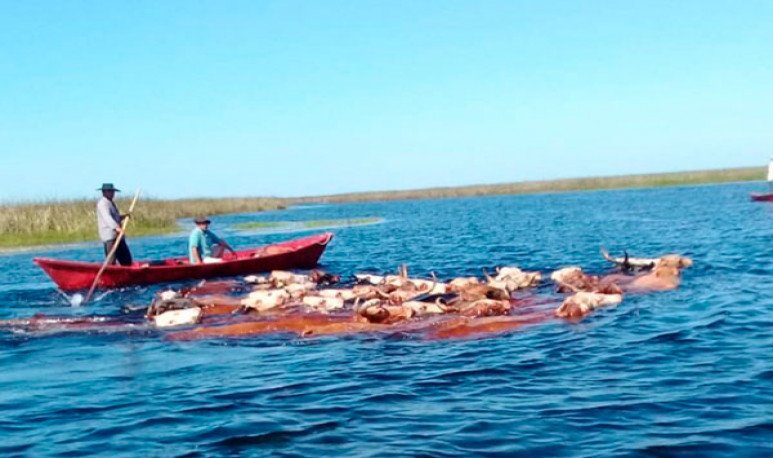 In the esteros of Iberá, Corrientes province,  more specifically around the town of Concepción del Yaguareté Corá, 150 kilometers from the provincial capital, magic happens.   It is in Puesto Felipe, 27 kilometers from Concepción where you  get to enter the heart of the estulos estuos.  There,  interned in nature and living from it ,  is Mingo Ávalos.

This man has been dedicated to livestock since he has used reason. And, for  some years now ,  he became a Baquean tourist guide for his deep knowledge of estuos.   Mingo speaks Guarani, purely Guarani, and works with a colleague who, in turn, serves as a  translator.   This is  Juan Aguirre, who is an agricultural technician  and worked for 6 years for FUCOSA, Correntina Foundation for Animal Health.

Juan is also a good baqueano in the field and  in the area's livestock issue.  There, there are  7 families living with an average of 50 heads of Brangus and Braford colorado, some sheep for self-consumption and some vegetable garden, when you can.   This baqueana and gaucha duo welcomes tourists from all over the world  who are interested in life beyond the esteros. But, above all,  they are attracted  to  aquatic harreo. 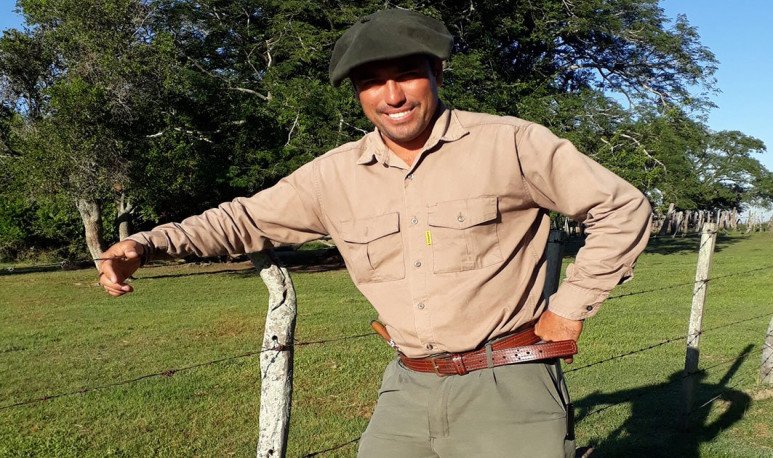 The arreo is aquatic is done through the estuaries with  baquean horses trained from foals.  As equines must get used to them from small so as not to panic and achieve sustained swim.  But also the technique  is done with  canoes to botador,  where they are usually climbed to the  youngest animals  or that present difficulties. This procedure is performed between April and May.

The distance that  animals have to swim is about 6 kilometers  and, if they are very tired, you can make a stop on some island that allows it. Mingo and Juan always take this tour in a  state of alert . Because  the water flood,  which occurs in the times of heavy rains, can be  a big problem.   The last big flood was in 2017. Many times,  this phenomenon   happens suddenly and can get to hurt or kill  animals. Juan reflects:  “It is not easy  to breed cows in the estube and although sometimes it is not very profitable, it is still done by tradition and for self-consumption.”

In addition, Juan tells the media that  tourism always carries other options to supplement the income  of the people in the area. This is the case of Mingo who, in addition to continuing to breed cows,  has been working with the local association of guides in Concepción since 2012 . There they receive  visitors from all over the world  who want to see horspikes, yacharés, deer from the swamps or  accompany the aquatic arreo.   The experience of herding animals in a different environment and floating  on horseback in the water of the estube , seized barely from the mane is a show for foreigners.

The final destination, for those who choose to live this adventure,  is the Refugio Lechuza Cuá.   It is  a typical ranch of the area,  built based on the  vernacular architecture of the region.   In the construction of the same participated  several neighbors, inhabitants  of a place as unique as mythical that safeguards the customs and customs of other times. The barcho has the roof built in  the traditional way of the esttero houses,  with  red thatched roof and piri walls,  a pasture also from the area. While  the floor is tamped dirt.  To make a roof you need  350 tied red straw that is cut to foifa (scythe).  The raw material lasts about 12 years, while the piri walls, which are cut with machete, last only 4, so need to be renewed. Experts say that it takes  about two months to make the whole house.

However, the work has its reward, as it  invites thousands of tourists  to  live a different experience  and sustains the incomes of the locals.