Home People Stories of people An example of struggle

Maximiliano Ezequiel Pajon is a young man from Chaco who is an example of struggle, working in a gumery and being close to receiving himself as a lawyer. 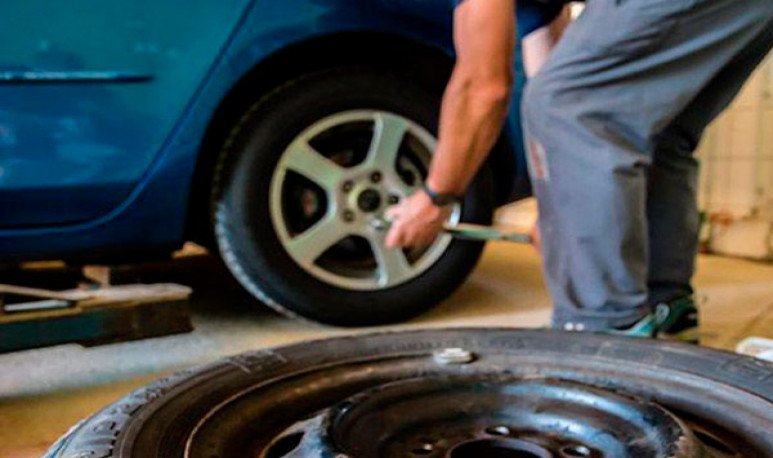 In life we encounter such big obstacles that seem impossible to overcome. They are stones on the path that, when we stumble upon one, we move away from the path of  success . But there are always people willing to give everything. This is the case of Maximilian Ezekiel Pajon, an example of struggle and perseverance.

Maximiliano works as a child at the “Gomería Pedrito”, which is from his father, Felix Pajon. It's a job that demands a lot of  hours . Therefore, the young man concentrates on studies at night, when he has finished his working day. Thanks to the values instilled in him by his parents, Felix and Patricia, he was able to advance his career in a better future. “In life everything can be, some costs us more, others less, but with effort you can,” the young man told the local media. A hopeful message that encompasses your perseverance.

In 2012 he entered the law career at the Áulica Extension of UNNE (Universidad Nacional del Nordeste) in General Pinedo, Chaco. It was a start that, like all those initiated in some race costs. But, in particular, it cost Maximilian  twice  as much as other students to adapt. His work at the gumery is full-time, added to the house chores in which he also helped. Therefore he was only free to study in the evenings. The effort made was titanic. Put the booklets on your desk, start reading, summarize, then study for partials. Added to that is the lack of rest, the unveils, and finishing the student task late, is an achievement to recognize. The vast majority would abandon this lifestyle in the weeks, but this young man was able to continue, as it was his goal to achieve and still is.

Maximiliano told the local press that he always loved the law career, which, while he found it too long, he also entered to study. He was the profession chosen at the end of high school in 2011 and never went back in his election. He currently has only three subjects left to receive as a lawyer.

The impulse that can all

“Maxi”, as his  family tells him, was raised in the gumery. There he learned everything about the trade. His father, Felix, was always by his side to guide him and help him at all times. It's a very hard, exhausting job, in which you should be from sun to sun every day. In addition to skill, technique, and physical strength, desire and a lot of will are required.

Maximiliano's dad has been working in his business for more than 46 years, the Pedrito Gomery. He is a man who has learned from the trade because it is handed down from generation to generation. For the young man, Felix is his example to follow, who has instilled him values, respect and above all work tirelessly to achieve the proposed goals.

Maximiliano's mother is another of her pillars to continue studying and continuing her  career . Patricia works as a teacher and understands well what it is like to sit and study, the effort it entails. He understands when his child disapproves of a matter, so he encourages him to follow, not to be discouraged and to lift with all the force of mother's love.

Maximiliano Pajon has only three subjects left to finish the race. His family, composed of his parents and his sister, who also studies, support him constantly because he is about to reach his dream, to fulfill his goal. The young man evokes a story full of effort, perseverance, feelings and encourages those who feel self-conscious to pursue their studies no matter the obstacles.