Julio Paz created a program to adopt a grandfather from a nursing home in Neuquén and become his godmother or godfather. 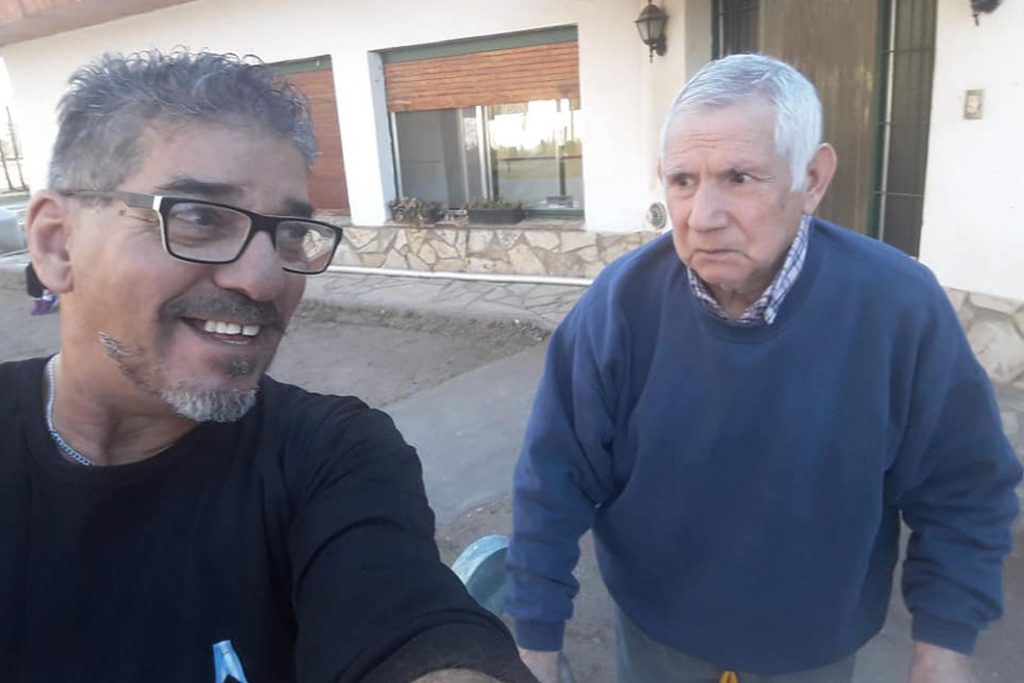 One of the biggest fears you can have in life is the fear of loneliness. To have no one to share a moment with, a joy, a sadness or just a few mates. For some people, unfortunately, that fear becomes a reality. Something like that prompted Julio Paz to generate a proposal that went viral: adopt a grandfather.

It all started when Julio was riding his bike one afternoon in the town of Plottier, in the province of Neuquén - Yeah . On his way, he passed through the door of a senior residence in the Los Álamos neighborhood and received a greeting from the courtyard. Something moved inside him and decided to come in and say hello. There he met many elders in whose eyes sadnessdwelt: they had no one to visit them.

At the Los Grandes home 31 grandparents, 14 of whom have no family. Many of them were found homeless and received asylum in the Home, but they have no children or grandchildren who can spend a moment with them. Since that afternoon, Julio returns to visit them whenever he can. But that's not all: he created a program for other neighbors to become godparents and godmothers of the elderly and to give them a little company.

The proposal went viral through July's Facebook and the first volunteers arrived. He received more than a thousand messages and managed to put together a group of 20 godmothers and godparents to adopt the grandparents. Thus was born the program of mothership and patronage of the Hogar Los Grandes, which brought joy to all the grandparents who live there.

With a very simple gesture, dedicating a little of our time to another, maybe we can change his life. Grandparents today prepare and look forward to the visit of their godmother or godfather. They have a reason to live, something that gives them joy in their lives. And that's priceless.