Home People Stories of people Abel and his poster

Waiting at the traffic light of Mendoza's famous road node is a little more encouraging. There awaits you Abel, the one with the posters with thoughtful messages. 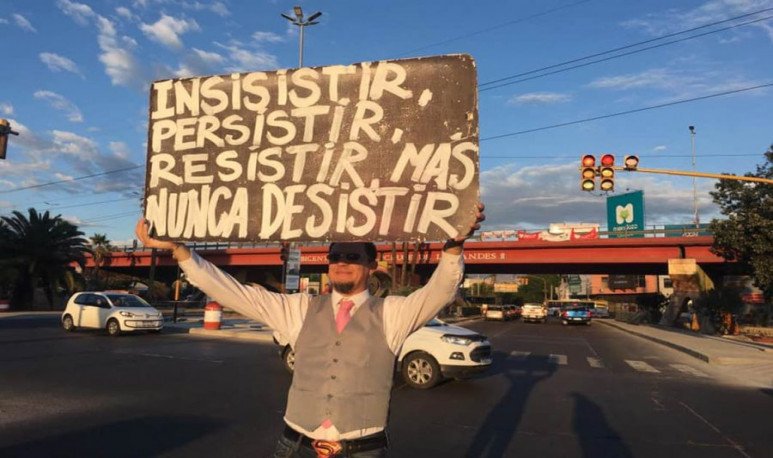 More than one motorist was surprised at the beginning to reach the traffic light to the City of Mendoza, so here we know as the road knot. It's just that there were no jugglers, acrobats, salesmen or cleaners. What one finds when you reach the red light is Abel,  showing a poster that every day has a different phrase  , but with the same meaning: motivate.

The beginnings of this particular idea have to do with the sense of solidarity that always accompanied  Abel . By the way, he says: “We were coming from the  United States  with my wife, with the idea of improving things here, opening schools and  canteens , and various projects. However,  when I arrived in Argentina I was disappointed  and entered into a kind of emotional lethargy that lasted for four years. Until one day, my nephew, Matías, invited me to one of his touches, as he is a vocalist, and he sang a song that, when I heard it, I realized he was talking about me. That left me with the wheels up. That weekend I spent thinking about it. So on Monday I knew what I was going to do and I told my wife. To which he said,  'And, well, give me. ' ” In laughter, she clarifies that “she's re used to my crazy things.” 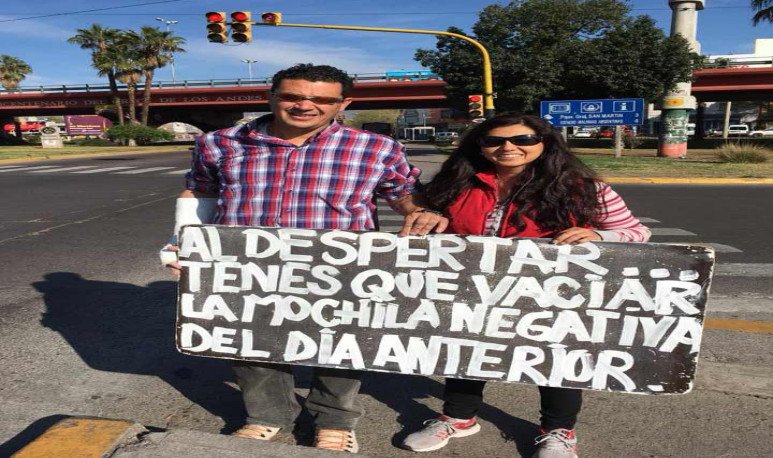 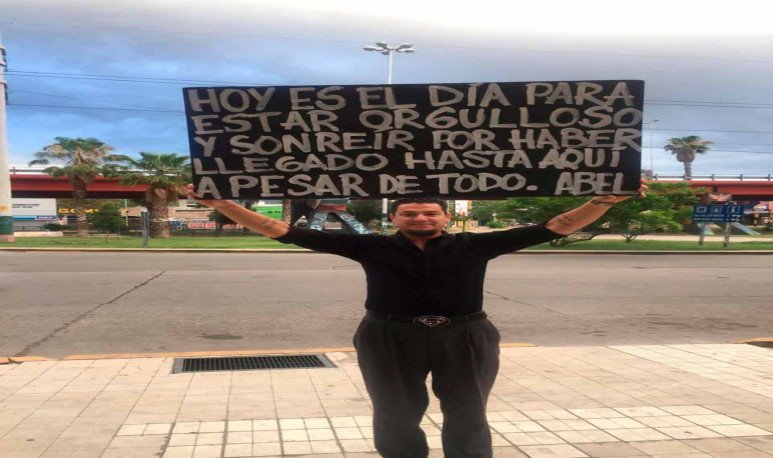 The Manhattan posters, in his passage through the  United States , were very useful to him. “Based on them I thought of  the road knot, since there were many accidents and it was always on everyone's lips.  I even got to see blows on my hands. Then I knew he could make a change there. But I never thought people would receive it so fondly, and that it would go this far.”

Our motivator confesses that he did not always stand in the same place: “It all started in the road knot, but  for a few months I appeared in random places  and gave  other  residents of Mendoza a joy.”

Inventive has no limits, so phrases are almost not repeated: “We try not to do it. In two years I've been, there will be very few times when we repeat any. One that we do repeat, by the way, was the one that said  'Donah blood, donate organs, give life' . But the phrases, usually, are mine.”

About the reception of people, there is for every taste. “The answers range from  super grateful to insulting me and yelling at me to work . But I have been working steadily since 1983. Likewise, in general, the posters are very well received.”

About the end, Abel clarifies that some time ago he stopped going every day. “Now I go sporadically, or when someone needs something in particular. But remember,  with something as simple  as cardboard, fibron and words  , you can change someone's day  , if not, look at me.”