We tell you a very particular love story. The protagonists? A traveling dog who traveled 10,000 kilometers and a human desperate for a reunion. 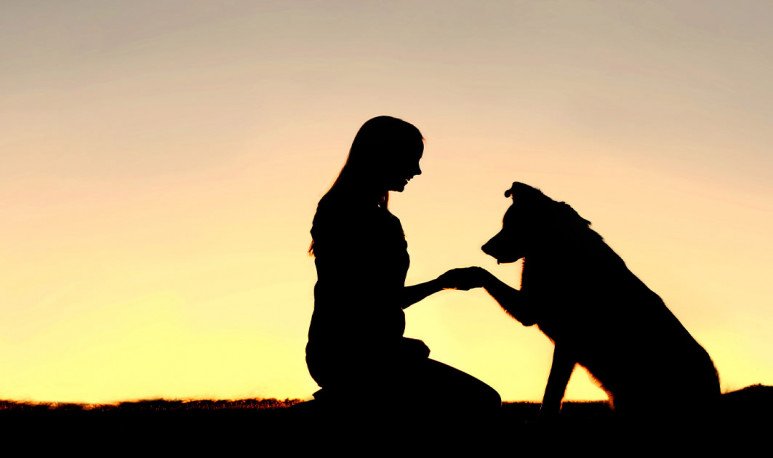 This is Sam and Estelle's story. An American girl and a Cordovan dog . Two beings that connected from the first moment they saw each other. It's a story of love at first sight and commitment for the rest of life. Not even 10,000 kilometers managed to separate them.

Sam is a young woman from South Carolina, USA. ) and arrived in Argentina with solidarity projects. His original idea was to exchange and volunteer at Project Abroad. In February he arrived in the province of Córdoba and began to learn about the culture of the quartet and fernet.The Spaniard who speak in these lands had her a little confused, since she was not a bit like the one she had learned in the books . However, it remained steadfast with its objectives. Sam is a young entrepreneur, supportive, driven by the hunger to get to know the world. As soon as she arrived in the province, she began as a volunteer and also proposed to help in an animal shelter and a veterinarian.With a very active life in exile, he acquired different aspects of the Cordoba culture.

In the words of the beloved

Everything was going well, the trip was taking the course she had planned. Above all, she was getting to know contacts and spaces that helped her grow. With diverse experiences and in a state of travel, Sam met Estelle. And the world stopped. Nothing mattered anymore, just the deep connection that this human and this traveling dog felt. Sam tells the media, “The first day I went to the shelter, she was being attacked by another dog. She was very skinny, fragile and could not respond to the bites. I immediately moved her to another kennel so she could rest peacefully.” From the beginning, Sam and Estelle saved each other. “After that she would jump on me every time she saw me coming and she was so grateful that I just knew we had a special bond . The short time I was there I made sure that she walked and ate well every day, because she was extremely low.”

So Estelle grew up and the bond between the two, too. Sam decided to take her home in Cordoba. Of course, with the permission of the family who offered her accommodation and accompanied her at that time. The traveling dog and her human had already become inseparable. The young volunteer knew that, at the time of her return to her homeland, she would not leave her. But for that we had to go through paperwork and meet certain requirements.

In the midst of the Argentine adventure that the US was experiencing, the WHO declares a state of emergency. A global pandemic threatened planet earth, contagion and deathled thousands of travelers to repatriation . Sam was asked to return to South Carolina. Estelle wasn't ready to travel 10 hours on a plane . His weight prevented him and the journey was too urgent. The Argentine family who had hosted Sam during his adventure also accommodated Estelle. And they stayed with her, while the young woman planned how to meet her little dog. The help of the host family allowed them to organize how Estelle would arrive in American lands.

Embark on the flight

Logistics and planning took a long time. It was a complicated situation . Sam was already in America. USA and Estelle was gradually acquiring the ideal weight to travel. But he was still weak to expose himself to such an odyssey. However, with the passage of time various possibilities were presented. The traveling dog was acquiring better health conditions, with the care of the Cordoba family. And, little by little, some opportunities were coming up. The only one that closed from all sides was the proposal of Animal Cargo, a company recognized for transporting pets.This company worked with famous animals such as Carlos Tévez and Nahitán Nández . But the cost of the crossing was very high.

Sam wasn't gonna give up. His goal was clear: to reunite with his dog companion. So he put together all his savings and asked for contributions on theGo Fund Me platform.That's how the journey began .

Estelle, the traveling dog, drove from Córdoba to Buenos Aires, from Buenos Aires to Miami by plane, with a stopover in Bogotá (Colombia). And, from Miami, drive to South Carolina.