Argentines are “cholulos” and, therefore, we tell you the story of the taxi driver who is on his way to Netflix and takes Guillermo Francella as a passenger. This is a Cordovan who lived a film episode. 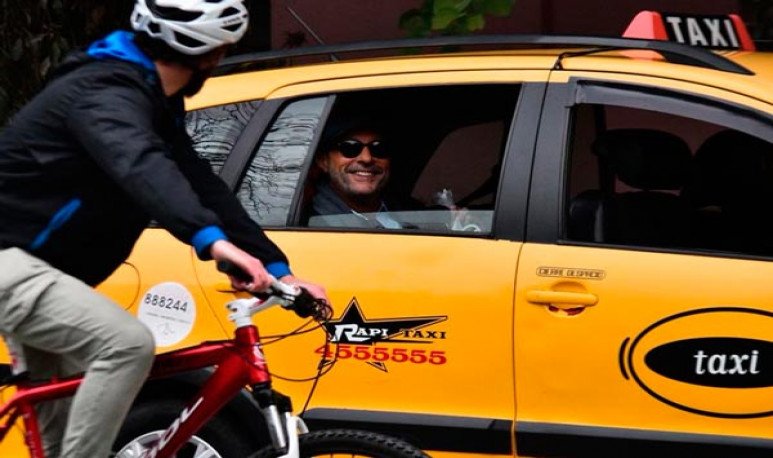 The month of May he arrived in Córdoba  with many faranduleras news.   That's why we all Cordobese take advantage of and take our side “cholulo” into the light. According to our dictionary,     “cholulo” is  a very Argentinian word  that defines us as  admirers of the members of the show  or with fame of some kind. In addition, it would be the term that is used to describe people looking to  relate to celebrities  and  “pull out veneer.”  In Córdoba we have a lot of the deal, and that's why  we tell you the story of the taxi driver who is heading to Netflix.

A hail in Cordoba

In the midst of a  daunting and pandemic context,   any excuse to distract us  is good. With this panorama,  the audiovisual platform Netflix  decided to bet on  Argentine productions and take La Docta as the stage.   The film being recorded in Córdoba is named after Granizo and is  directed by Marcos Carnevale.

This production became  the topic of conversation for all local and national media  . Above all, it is a furor in Cordoba,  where everyone is looking forward to its premiere.  The reason for the outpouring?  The plot of the film  takes place in  different spaces 100% Cordobeses.   Among them, the mythical corner of  Av. Colon and General Paz, Costanera, Mario Alberto Kempes stadium and Paseo del Buen Pastor.  In the midst of this production and revolution, a Cordovan lived  an episode “cholulo” and film...

Cristian is a Cordovan taxi driver who had a stroke of luck.  Suddenly and without notice , he was specially selected because they needed a car of his characteristics. So he  had the opportunity to be part of the cast of Hail.   Obviously, after his experience,  he spoke with local media   to tell the details  of the situation. “ I'm very good, happy. They needed a car, a Suran, and it just happened that I had one and they communicated with me and well... we were able to do this,” he began by recounting Cristian.

He also told his experience as  a supporting actor and film driver:

“ I was with the car all the time, even until yesterday  that was the scene at the airport , and was driving it by Marcos, the director (who did his cameo as a taxi driver)...  We were also in the car. in Columbus and General Paz,  which was a full deployment,   I could not believe it.    There were all the inspectors and I was reversing with the car to Columbus and General Paz. I couldn't believe it.”

Shocked by the impunity given to him to be  in the middle of a film production,  he recalled with laughter the faults he committed driving  inside the set.  In addition, he explained how everything went:

“ I was with the production team, I went with them everywhere, where they moved I followed them to accommodate the car, see how they were looking for the shot, and the whole thing.   In the car were all the cameras.”

About the relationship with his  “chata”,  he said  :  “I have the Suran for four years,  bought it used. We're trying to keep her as best we can.  I only drive it.”    Now, the connection  with your  “chata”  is stronger, as it gave him  a & “economic respite”   in the midst of this pandemic. 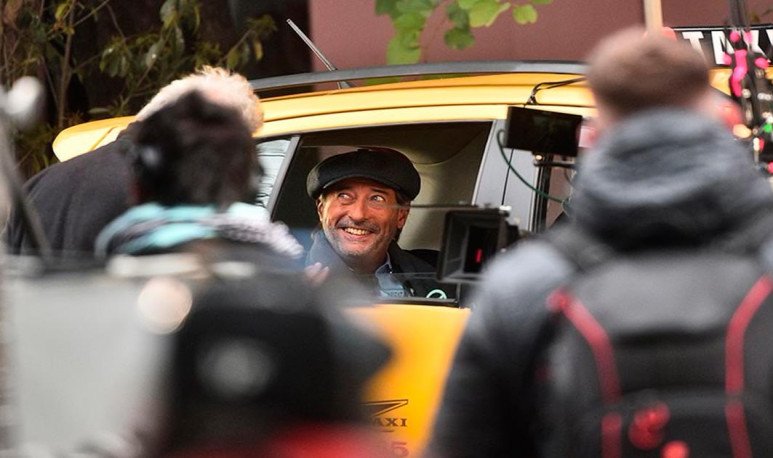 Side by side with actors

Now,  Cristian is elbbing with famous celebrities.   Yes, he even made conversations with  Guillermo Francella himself, the protagonist of the feature film.   About his contact with the artist, he says:

“ Guillermo Francella  is very good and very good person especially.   I was admired by his way of being, for me he's a monster, I didn't know whether to ask him a picture or not, he said 'but of course he did, 'he took pictures with everyone,  had no problem , the truth is that it  was excellent”

On the meetings , he recalled:

“ The first time I had him around was on April 27 and Bishop Trejo,  while Marcos (Carnevale, the director) got into the car and wondered how he would start it and all the c or management, if he had any secrets or something.  I had it around, but I couldn't do anything  because they were about to film and record that whole scene. And then when I wanted to encourage me to get a picture of him, all the journalists fell, they  did a round  , and I couldn't. But yesterday at the airport I had him next door.   There I took advantage of it and took a picture”

He left the DT Carlos Timoteo Griguol, the one who encouraged by hitting an arm on his chest