Home People Stories of people A song to life

A 100-year-old grandmother, recovered from coronavirus, will conduct a music recital organized by her daughter and for the benefit of the Red Cross. 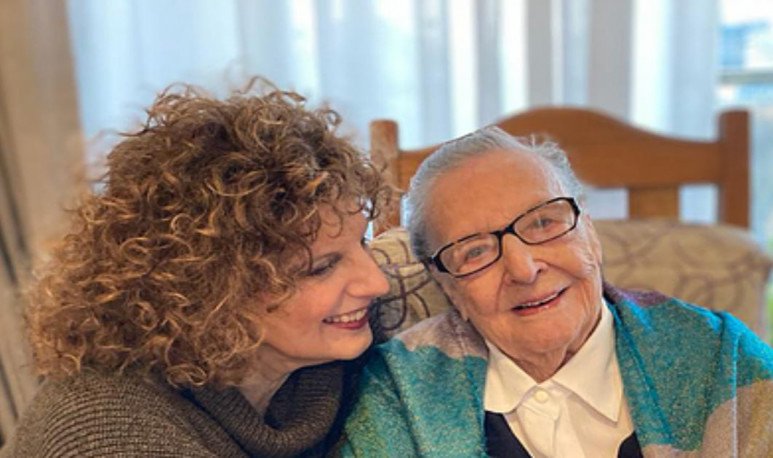 “ Music heals the soul .” I chose to start this note with a phrase from the protagonists of the story I have come to tell. A  story  of love, overcoming and solidarity of  two women  who looked beyond their reality and organized a musical  show  for the benefit of the  Red Cross  , which will be broadcast on the YouTube channel of “Magic Remats”, this Friday, September 11, at 20.

This is the story of  Lea Enriqueta Llanos de Machado,  100 years old, and her daughter  Marilí Machado  . The first of them reached the centennial in full quarantine, contracted COVID-19 and recovered. Blessed for the news, the second of them, who is a singer, organized a show for the benefit of the  Red Cross  and will lead the  show  her long-lived mother. The woman will present the recital and each theme, read poems fulfilling her dream of linking with art. It will also give messages of life.

Lea's goal is, through her experience, to bring  hope  and relief to the people who suffer in these times of pandemic. Quarantine is difficult, if you also travel alone or alone, it becomes very hard. For this reason, Lea decided to share her premise: “L a música cures  el alma”.

Going back in time

To understand what this is all about, you have to turn the time back, just a few months, because that's where the story begins.

It was mid-March. It was just under a month before  Lea Enriqueta Llanos de Machado  was  100 years old  . He was born on April 17, 1920.  Marilí Machado  , his daughter, was preparing a  party  for her to celebrate her, which was not concreted by the issue of quarantine. Almost immediately with the arrival of 100 pyrulos, Lea contracted  coronavirus  (the whole family contracted the virus) and Lea's birthday party was suspended.

During the months of confinement, between their own viruses and social isolation, Lea and her daughter were brewing a new celebration. Not behind closed doors, not just for the family, as in the beginning. They thought of a different event, one that could be shared with the whole  community . So came the idea of doing this show that  Lea  is going to lead.

Grandma has the  soul of an artist .In her youth, Lea wanted to be  an actress . Fighting for an  artistic vocation  in the times before was not easy. Nothing simple. Being an artist wasn't well seen. The parents did not allow her to do so, so Lea ended up studying the teaching profession and worked as a teacher. Anyway, life always gives a  revenge  and the sleeping seed germinated in her  daughter  , who is today a singer. A question of genetics.

The transmission of this recital to the benefit of the Argentine Red Cross for its COVID-19 action plan, will also feature the participation of the artist  Javier Calamaro  as the main attraction. The recital will be broadcast on the YouTube channel of the site “Magic Remats”, with free access. People who want to collaborate with a donation can do so on  www.rematesmicos.com.