Home People Stories of people A replica of the Cruise General Belgrano, to remind the fighters of Falkland Islands

Sergio is a Paranaense who, in 2017, immersed himself in a special project: to put together the scale version of the General Belgrano Cruise. 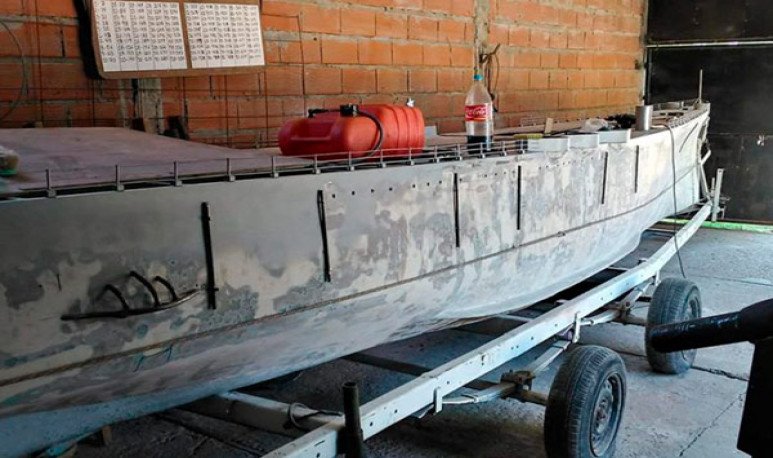 The man works most of his time in a truck. But, in his free moments, he is dedicated exclusively to the  assembly of a ship  with his family.  Although it is not just just one, but the General Belgrano Cruise . It was sunk on  2 May 1982  during the G  uerra de las  Malvinas   . The sad event took place as a result of the attack of the British nuclear submarine HMS Conqueror.So the neighbor of the capital entrerriana wanted  to honor all the lives that were lost  in the Atlantic that day. That way, little by little he was  building a  dream   that can already be felt today. 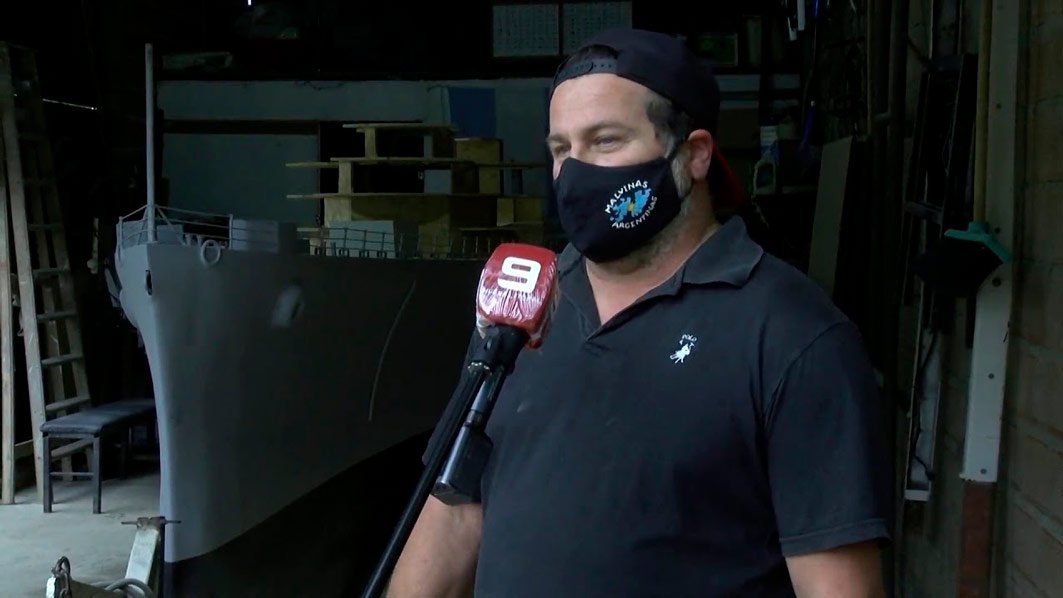 Sergio explained that the replica was performed on a scale of 1:23.  In this regard, the boat is 8.12 m long, one metre of beam and the hull is approximately 85 cm of strut . But he still needs to build a superstructure of 1.40 m more, as I told El Once, a local medium. It also has a  mechanic of a fiat 125  car   , with the original box and has a transmission or horn. In addition, he clarified that creation  is intended to be navigated and manned . So wait for invitations to come up so people can appreciate it live and live over the  river .

As for the  motivations  that led him to recreate the historic Crucero General Belgrano,  the engine was recognition  . The man narrated that he did it  to thank all the veteran brothers of Malvinas . Both those who returned, and those who didn't have that opportunity. For him they are  indisputable heroes of the Argentine people  and it was the humble expression he found to represent them. Even, it was always in his head to do such a job. It is that, at a very young age, he began to turn to naval modeling, an activity that deeply fills it.

Finally, Sergio said  he started  with the construction of the model on  April 2, 2017  , to make it more symbolic. Therefore, for three years he spent his unemployed times to move forward with the replication. However, there is still a way to go and he estimates that it takes about two more years to see it finished. With emotion, he claims that in life he always had  two dreams . The first was to start a family, which succeeded and, the second, to start the armed of this ship.

With honor and glory

Nothing was the same again after May 2, 1982. Those who watched it on television at that time it marked their hearts forever. While the young people who were not yet born had to learn about it in our schools and through books.  Argentines cannot, nor do we want to, be indifferent to the sinking of the General Belgrano Cruise . It was 323 souls that covered the water that afternoon. There were 1023 crew members who were surrounded by chaos, despair, sadness and cold. Some younger and some more adults. It's very difficult not to empathize with what happened. That's why everyone processes and honors it in his own way. Sergio's is this one.