The Asadoras Women's Festival left us Marisa Fierro, the champion of the asado. Professional in the art of grilling and tasting a good meat. 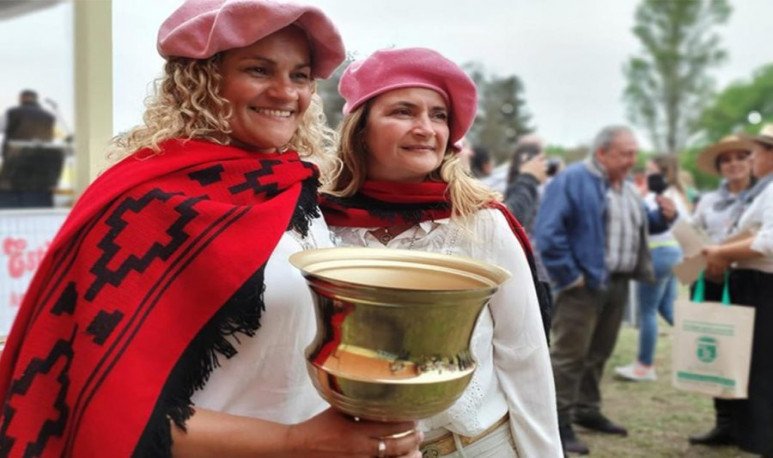 The  Festival de Mujeres Asadoras  was held 6 years ago in the town of  Marull . It is a farming farming village 170 km from the city of Córdoba. There this tournament was born, and there it is celebrated  every year . And he leaves us a record of the women champion of the roast. Of 16 women, Marisa Fierro was chosen as a champion. He made a little asadito to suck his fingers.

Since 2015, this woman represents the province and her town in different festivals of the asado. Their participation makes visible the need to open these tournaments to women. Since being a woman and wanting to participate in these  traditional celebrations  as a competitor is not easy. It's just that tradition says that the man goes to the steakhouse, and the woman goes to the kitchen to do the side dishes. But no, sir. The reality of the camp says quite the opposite, and Marisa Fierro and her colleagues check it out.

Give it up for the grill!

Marisa Fierro, with her  gaucho  bombacha and her grill,  passed the rag to them  all. And your goal is to rag everyone too. Her upbringing in Marull, in the countryside, made her grow in different respects. She constituted her as a  strong and fighter woman . But, above all, grill. That is why today he cheers up and competes even in spaces that were always occupied by men. And, in turn, he claims the Festival de Mujeres Asadoras, with the idea that it is an  expanding movement  and reaching many corners of Argentina.

These women steakers generate strong bonds and fellowship even during the competition. But, the moment they peel potatoes, each gives their best to reach the prize. In this case Marisa Fierro's effort reached and left over to leave the jurors happy. These evaluate a little everything: the presentation of the table, the preparation of the grill, the preparation of side dishes, cooking meat, among others. And Marisa won points everywhere. Who could be sworn and try  that roast ! Marisa Fierro already has her title  of professional ribs .

Marisa Fierro received the  Champions Cup . Not just anyone, huh? We congratulate her from here. Proud of their struggle and roast.