Home People Stories of people A Mendoza at NASA

Marcos Bruno is 24 years old and studies mechatronics. He just came in from a space simulation at NASA. Like everyone else, his dream is to be an astronaut. 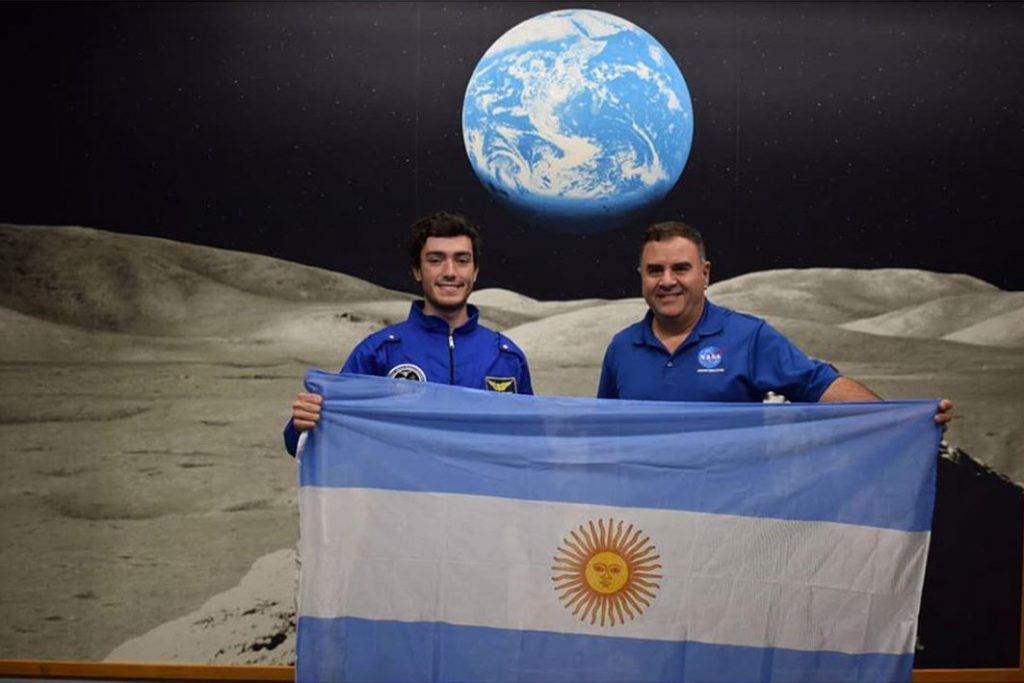 “ It's the dream of the kid,” Marcos confesses, in relation to what we all answered once when we were asked what we wanted to be when we were big: “Astronaut”. The fact is that the 24-year-old boy studies mechatronics at the National Technological University of Mendoza and has worked on these issues for a long time: “Together with Gabriel Caballero, a friend of the UTN, we developed a robot that had to assist astronauts in survival tasks.” That meant his first contact in North America: “I traveled to the United States. Two weeks in the middle of the Utah desert, with space food, with suits, I lost 6 kilos for that food,” he confesses. That anecdote took place in 2016. But now, a few weeks ago, the dream was renewed, thanks to a valuable contact that Marcos cherishes. This is Pablo León, an Argentine engineer who works at NASA developing the next generation of space suits for the moon and Mars .

The young man explains his relationship with him: “I know Pablo having been to so many aerospace congresses. I personally met him at a congress in Buenos Aires. The last time I saw him was in April, in Buenos Aires, too. I told him all my motivations and the things I wanted to do.”

Marcos comments that he received the call from Pablo and recounts his message: “Marcos, look, the new crew is being made for this NASA-funded center that we have here at the University of North Dakota. There's a guy from Colombia, another from Mexico and another from Peru and I'd like you to come.” Of course, yes.

The mission was a dream for the young student: “We spent two weeks of total immersion, as if we were a moon habitat or Mars, performing simulation missions, understanding the challenges to future astronauts.” And Marcos does not lose faith for the future. In that meaning, comments that he hopes “to continue to have these experiences because they add to fulfill the dream of being an astronaut or working in the space agency. But it depends on the missions that space agencies want to perform such as NASA.”

It's not a genius thing.

On the end, the future engineer leaves us a message to apply in our lives, even if we don't think about being astronauts: “For these experiences you don't need to be a genius. Actually, I'm an average student. What it takes is passion, claw and effort to accomplish what one is willing to do. I understand that we are not all born with the same possibilities. But if you propose, you get it.” Do you say these words wrong, too?