Maitena is 9 years old, is from San Antonio Oeste and, after receiving chemotherapy and more than 200 blood transfusions, beat cancer. 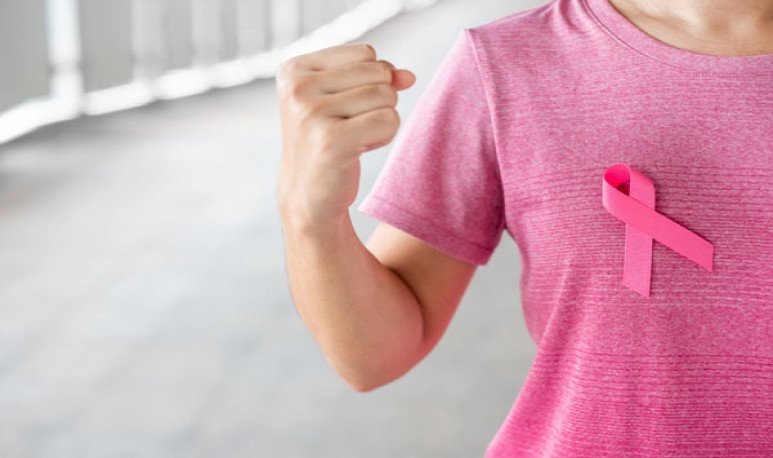 Maitena is 9 years old, is from the  rionegrina  town of San Antonio Oeste  and, with her young age, she already had to fight a lot in her life. On January 27, she was diagnosed with acute myeloid   leukemia   . The battle he had to undertake was hard, but he managed to overcome and, at the end of September, he returned home with a great welcome.

The girl, according to Cristina, her mother, was always healthy, she had become ill normal for a girl her age.But the diagnosis of the beginning of the year “came from nowhere”, when the swollen nodes began to feel and bruises began to appear.

Leukemia is a type of  cancer  that attacks blood tissues, including the bone marrow . There are different types, in addition to acute myeloid, such as chronic lymphocytic or lymphoblastic. Symptoms such as weight loss, fatigue and the frequency of infections can be added to inflammation of the nodes and the formation of bruises.

But let's go back to Maitena's story. After being diagnosed,  the girl had to be referred to the Italian Hospital of  Bahía Blanca .

There the minor had to receive more than 200 blood transfusions  and had to undergo chemotherapy. Her mother tells that she had different complications throughout her stay in the Bahian nosocomio. During the months she spent there, her mother and baby were accompanied at all times by the entire professional team of the hospital.

Oncologists, pediatricians, nurses, and specialists always supported the family who, in addition to going through the disease, must suffer uprooting as they were far from their place of origin.

Maitena “was with very complicated pictures,” said Cristina, who added that as a warrior the girl “fought her a lot and lost quite a lot of weight,” until she recovered. Finally they gave him the most anticipated news and discharged him. Yes, the little great warrior won the battle and embarked on the return to San Antonio Oeste.

September 19 was the big day. The neighbors organized him a full color surprise welcome at a more than emotional moment after a distressing situation as the one he had to live. “Coming home is a very great satisfaction, but above all coming back to Maitena sana is a huge joy,” the mother concluded. 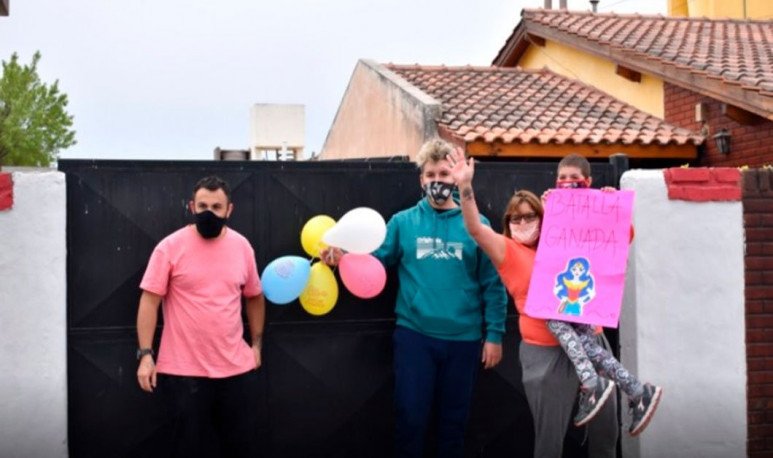 In our country, 75 percent of leukaemia patients do not have a compatible donor in their family , so they need an extrafamilial voluntary donor.

On April 1, 2003, the  National Register of Hematopoietic Progenitor Cell Donors  (CP) was established in charge of producing blood components) powered by the Incucai. This record contains the donor database and its possible compatibility.

Since its inception, more than 900 patients have accessed a bone marrow transplant with an unrelated donor.

It is estimated that, in the country, about three thousand people per year are diagnosed with leukemia and that is why it is necessary to increase the number of marrow donors. How to become one? It is required to enjoy good health, be between 18 and 55 years old and weigh more than 50 kilos.

Those who wish to donate can go to the donor centers, which operate at the Hemotherapy Services of 130 donation centers throughout the country, and at the time of donating blood give the donor's consent to enter the Registry.

Being a donor is an act of love, saves lives and comforts the soul. For those who do not manage to overcome the disease, let us become aware and give the hope of living the other. One day you can be a loved one, or yourself.