Gustavo Gobbi collects keychains from the age of 5. 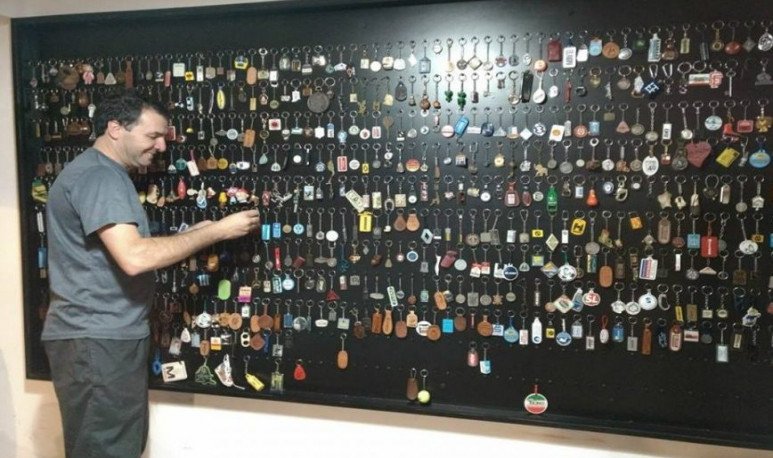 At his home in Pilar (Córdoba), Gustavo Gobbi (46) collects keychains. It all started when he was five years old his grandfather gave him the first one. He's over 700. At the age of 15 he had accumulated several, so his mother gave him a board to store them. Shortly after he became a boy. Today he works in another structure to accommodate up to five thousand. “With money I could have 700 keychains in one afternoon,” he says. “Everyone has an anecdote,” he remarks. On one occasion, a tourist who kept the car, and Gobbi helped when he was a teenager, gave him the car. “I was exchanged favors for keychains,” he says. They contributed, above all, friends, family and acquaintances to the collection. Interestingly, the key ring you like the most is an old key to the Cesar Palace Hotel in Las Vegas.