We tell you the story of the firefighter Luciana, a Cordovan who copes with the fire and whatever comes. A heroin in times of pandemic and fires. 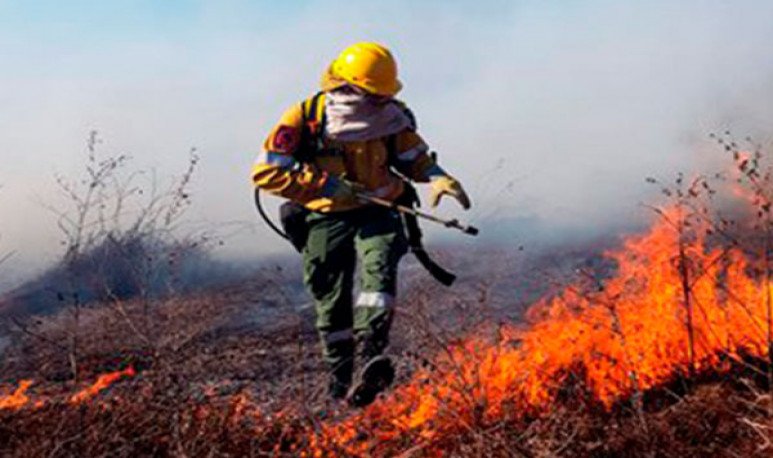 This is Luciana Amezague, who is 29 years old and belongs to the barracks of Bialet Massé.  In a context in which the Córdoba mountains burn in flames,  their presence and performance are key.  This is one more story about  one woman who plays it for everyone.  And for everything: today he is trying to  save what little remains of the native forest.  In addition, saving and evacuating thousands of families who are in the  most risky foci. 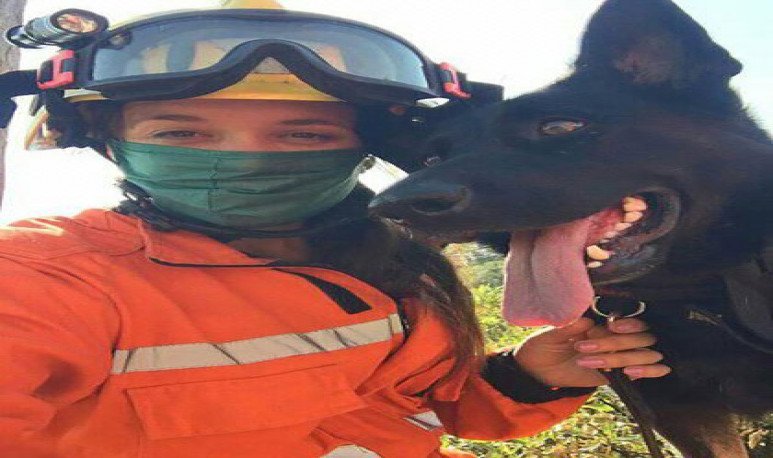 Emergence of a heroin

Luciana tells the media that her hobby and willingness as a fireman  began in her childhood.  She was very small, and the neighbors' house had caught fire. When the firefighters arrived,  who calmed the fire  and attended the whole family, Luciana  had a revelation . He tells that that moment  was a before and after in her life,  and she was amazed by the actions of that group of professionals. This happened in Beccar, San Isidro match. However, at 16 years of Luciana, the whole Amezague family decided to move to  the fernet and peperina province,  looking for a little peace.

At the time to choose a career, Luciana insisted on experiencing the  Biological Sciences career at the Faculty of Exact, Physical and Natural Sciences.  However, the fixed idea was still in her head: she wanted to be a firefighter. So he decided to make his dream come true by joining the  Course of Aspirants to Volunteer Firefighters at Villa Carlos Paz.  That was just the first step to a long adventure...

After several years of training, Luciana  specialized in the search and rescue department.  This branch of his profession made him feel even deeper love for his career, as it allows him  to combine his love for life, animals and  his firefighter hobby .  At the end of 2019, Luciana  and her dog “Séfora” (which in Hebrew means “bird”) were officially certified by the Ministry of Security of the Nation. This recognition enabled them to act in the  rescue of people in collapsed structures and mountainous areas.  It's quite a challenge.

Today, it is up to both of them, together with all their colleagues, to face a real massacre.  More than 48,000 hectares are under fire. And thousands of professionals are  working in the different foci of the province.  Luciana, luckily, has  8 years of experience.  However, tiredness and despair when everything is set on fire remains a constant feeling. But that doesn't stop this heroine from putting her body on her.  Face to face with death, fight against fire to save all species. Side by side with their teammates, they give everything to fight the flames.

With  the support of her family  and the entire community,  Luciana's story went viral.  As a representation of  the life story of each of the firefighters and firefighters who are saving our province today. His father, Ricardo Amen, 57, published on his networks a tribute to his daughter.  Virtual affection became a collective embrace  and suddenly everyone knew Luciana's story.In the publication, Ricardo attaches a photo of Luciana and her team, with a legend to reflect:

“ My daughter Luciana and the band of heroes. Without pay and without social coverage, they are played for the love of their neighbor. Without any economic benefit. We have to professionalize firefighters, pay them a salary and offer them the best medical coverage. Thank you very much, firefighters! Without you the province burns all!”.

For our part, we support Ricardo's message and  we are infinitely grateful for the work of the firefighters and firefighters who play these days in our mountains.