Home People Stories of people A family that loves microcars

We tell you the story of the Pangos, a Cordovan family with a very particular hobby. 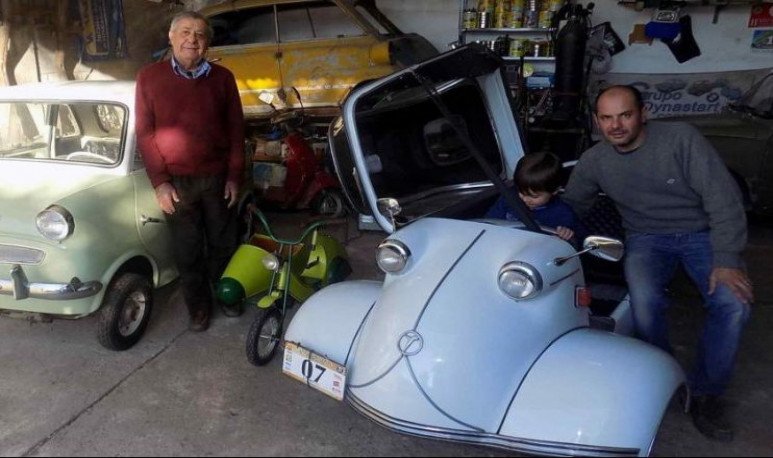 The man has always collected. Maybe this is one of the oldest hobbies in mankind. Many museums originated the passion of their promoters for gathering objects. Some dream of creating their own museums, and others prefer to keep the collections at home.
The Pangos are known in Alta Gracia (Cordoba) for a passion: to restore new microcars and old motorcycles. Everything was born decades ago, when Roberto (73) worked at Kaiser Industrias Argentina (IKA). “There were many employees, and several were in microcars, popularly known as 'German mouse'. One day I asked one if he sold it to me, he said yes. I bought it and from there I didn't stop anymore,” Roberto said. He had seven of these minicars and passed on the passion to one of his sons, Flavio (44), who in 2002 bought a Messerschmitt KR 200 model 1957, then put together a Dinarg from 1961 and has others in sight. “I always say these microcars give people a smile,” he says.