Home People Stories of people A family of flag-bearers

A family of flag-bearers

Pabla and Juan Manuel are the parents of John Paul. Together, the three finished high school and carried the Argentine flag. A family of flag-bearers. 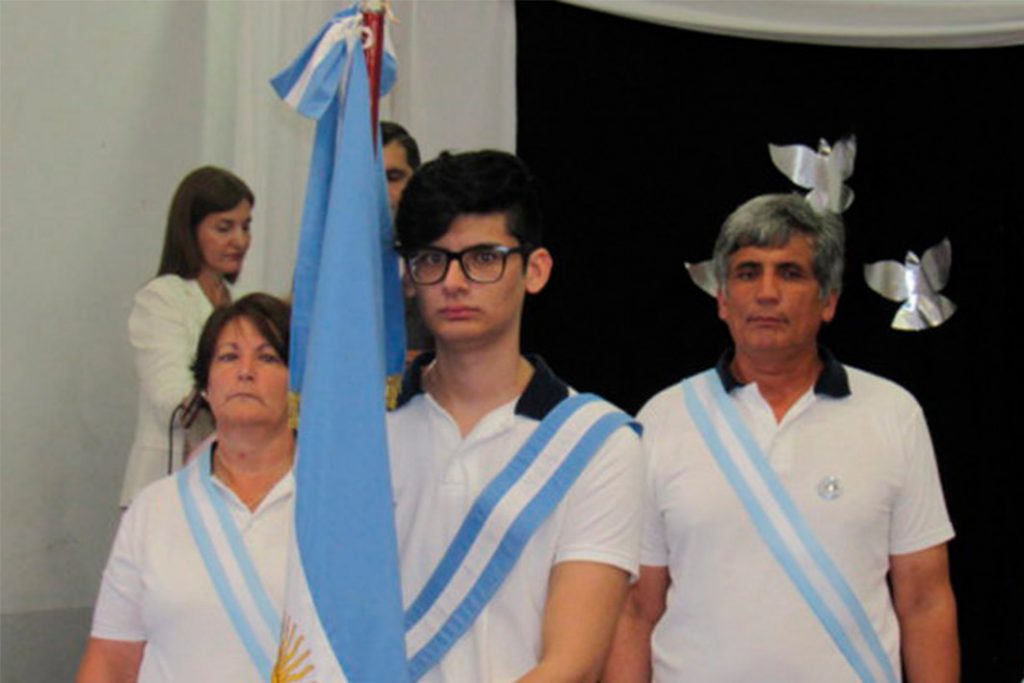 Today we want to tell you the story of this flagship family that inspires anyone. These are Pabla, Juan Manuel and Juan Pablo — mother, father and son — who finished high school together. And not only that: John Paul was a standard-bearer and his parents were escorts.

Everything happened in the night high school of the Provincial School of Technical Education (EPET) 36° of the Itaembé Miní neighborhood of Inns, Missions. The place next to the flag was earned by merit: they were the three highest averages of the class, in an incredible coincidence that ended with an unpublished postcard .

However, in order to reach that instance, the family — also made up of two older brothers than Juan Pablo — went through a difficult time. When he was 11 years old, he was discovered an osteosarcoma in the knee, the most common type of bone cancer . He was at risk of losing his legs and went through a tough chemotherapy process. His body rejected the first prosthesis, had an infection and two subsequent surgeries. To treat it, they moved to Buenos Aires, where Juan Pablo finished primary school at Dr. Ricardo Gutiérrez Children's Hospital.

Fortunately, today leads a life in Inns with the necessary controls. His illness prevented him. finish high school in the usual deadlines, so decided to follow the example of their parents and finish it in the evening mode. They — who had abandoned studies for having to work since very boys— were his great inspiration and its engine. The three of them want to continue studying: John Paul would like to follow medicine.

This family proves to us that nothing It's impossible. Many times, you have to put your chest on the adversities that brings us life, and move on. The effort always brings its deserved reward.