The Morley family has been looking after and distributing the waters in the Lower Valley of the Chubut River for over 60 years. 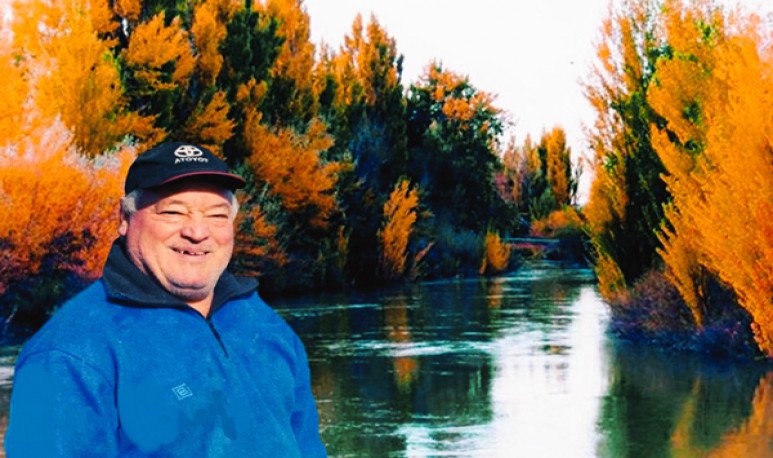 In the Lower Valley of the Chubut River (VIRCH) there are more than 20,000 hectares that are irrigated from the artificial canal system  that were built by  Welsh settlers   at the end of the nineteenth century and which, with some modifications, remain until today. For this to happen, it is more than important the work of tomeros to care for and distribute water in almost two thousand farmers from Boca Toma -or Boca de Zanja - to  Rawson .

La Boca Toma is located kilometers below the   Florentino Ameghino dam  , near the town of 28 de Julio, which owes its name to the date on which the sailboat Mimosa arrived in the shores of  Puerto Madryn .

There, parallel to the river begin their channel irrigation channels. There are two. One on the southern margin and the other on the north bank of the course and these supply to the secondary channels. In 1993, when Nación transferred 39 per cent of the share package of Hydroeléctrica Ameghino to the province in exchange for taking over the irrigation service administered to that date by Water and Energy, the VIRCH Irrigation Company was created, which exercises the administration,, conservation and improvement of the irrigation and drainage system over a journey of more than 60 kilometers.

The company's staff consists of 25 people. 5 of them are tomeros and there is also the dam guard. They are the ones who are on the front line of the chain when the water is flown into the canals, and they are in constant dialogue with producers.

The trade of being a tomero

The Morley family has been caring, distributing and delivering irrigation water for all VIRCH producers for over 60 years . Currently Rubén Morley is the coordinator of the tomeros from Boca Toma to Rawson, but his family's story with the channels began a long time ago.“It is a pride and a commitment to the whole valley,” says Rubén, who has been active for more than 42 years.

Marshon Morley, his father, covered  Trelew  's margin to Rawson, while his uncles, Livio and Edwin did the same on 28 July and Dolavon. They say there is a zamba written by a songwriter from Salteño who reads: “On every bank of the river, a Morley and a story.”

The Morley is an authoritative word to talk about the difficulties faced by producers and the different transitions that were accompanying the Irrigation Company.

But the legacy continued with the sons of Ruben, Luis and Livio Joel, who are also engaged in the trade.

It is not light work that of the Morley, as they play a fundamental role in the region's production system. The tomer must be in charge of opening the floodgates, listening to the demands of the chacareros, and administering water equitably for all.

Unlike other parts of the country, in the Lower Valley of the Chubut River,  the irrigation system is not shift-based , which means that the tomero has to be available 24 hours on demand from producers.

It is a job that requires going through the terrain all day, channel the water if it is diverted, to deny some animals such as the otter and be at the foot of the barrel so that there is no lack of flow to continue through the secondary channels, and act as a judge on the use of the resource when there is scarcity.

Rubén Morley believes that tomero is the “guide to water”, and must stand firm to demand its rational use, raising awareness about the care of the resource and encouraging solidarity so that saving a producer who has fewer hectares than another can access water to grow its production.

It also clarifies that the operation of the dampers, is not only to open them, it is to close them when it deserves it to avoid damage and meanness. That is why it is a trade that requires attention at all times so that everyone is satisfied.

As the zamba says, “the tomero is a man who has to be able to harmonize everyone's pretensions and the needs of watering more with the logic of irrigation equal.” That task, the Morleys' have been doing it to a rajatabla for over 60 years.