37 years later, he cried embracing the helmet that saved his life in the war 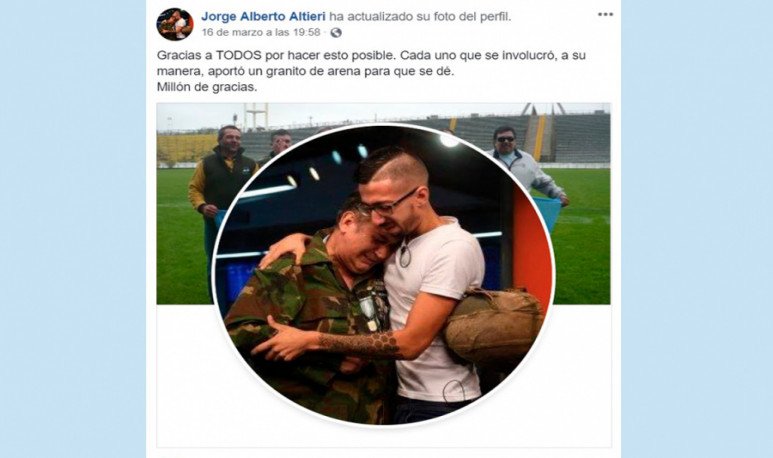 This April 2 will surely be different for Jorge “Beto” Altieri, one of our Malvinas heroes . It happens that, just a few weeks ago, he was able to recover an object that for him is loaded with feelings, memories and marks: the helmet that saved his life during the war.
Beto Altierifought against the Third British Parachute Battalion at Mount Longdon, where he was hit by a shard of an Englishbombthat killed several of our people and injured many others. The shard hit him on the forehead: that wound pulled out his left eye and lost brain tissue from the left part of the brain, which coordinates the conduction of the right arm, right leg and speech. The story would have been quite different if the hull had not allowed to mitigate the damage of the shard.
But having it back in his hands was not easy. It all started when he discovered that his helmet was being auctioned on the eBay site in London, worth close to $13,000, a sum he could not raise. Then, he started a public campaign asking for help to recover it and someone answered: through a call, he was informed that an Argentine businessman had bought the helmet anonymously.
Beto could not contain the emotion when he managed to recover it: 37 years later, he cried embracing the helmet that saved his life in the war , which still has the holes caused by the shrapnel and stains from his blood.