Vanina Busniuk got on a plane and never got off again, but not according to that he formed an association and promoted Women's Day in Aeronautics. 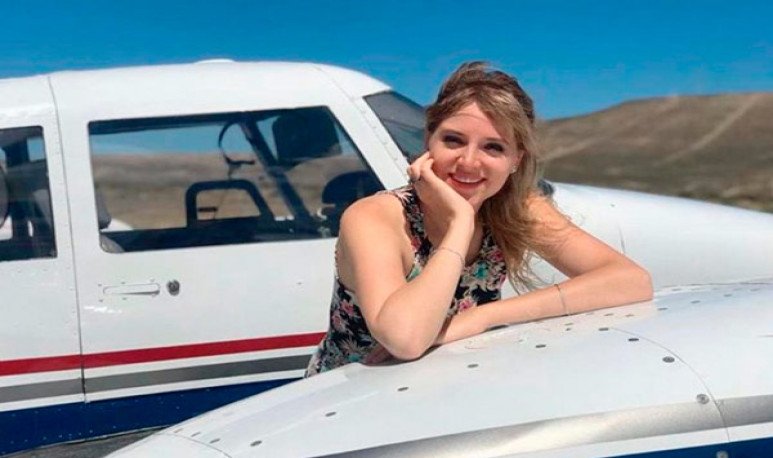 Recently,  the Senate of the Nation  approved the initiative for December 9 to be declared  Women's Day in Aeronautics  , whose origins lead us to the  city   Chubutense  from  Comodoro Rivadavia   where the promoter of the project was born.

Vanina Busniuk is a native of the oil city and says that she was  always caught attention by the planes, although she did not think of becoming a pilot, until one day she encouraged to enter the local airclub   Patagonian   and made it his second home.

About five years ago, the   comodorense   told her family about her wishes to learn to fly. The first reaction was not the best but she went ahead and one day, seeing how a plane landed on the runway of the airclub, she decided to go and ask. The men he chatted with were surprised to hear her say that he wanted to be a pilot, because they thought he would go there because he wanted to make a baptism flight.

With the support of the members of the entity, he took the course and over time his family changed the perspective in relation to the activity. His first flight was during a windy day, but far from feeling afraid, adrenaline invaded his body and from there, according to the account, he did not want to get off the plane.

Along with other women pilot

Vanina -who is about to receive herself as a contadora, transforming her 2020 into unforgettable, did not settle for the pilot course and it was for more: that was why she created and presided - the  Association of Women in Aviation Argentina  in 2018, year in which the first year was held edition of the Meeting of Women in Argentina Aviation.

On 9 December 2018, the Buenos Aires town of Ezpeleta, in the Quilmes match, was the meeting point for women not only pilots, but also aircraft dispatchers, cabin crew members, aviation law specialists and air controllers.

It was that day that marked a turning point in aviation and the women said “we are here and we are part of this,” although the members of the entity said that the organization does not exclude by gender and that men are also welcome.

A year later the activity moved to the province of  Córdoba , more precisely to   Villa Maria   and unfortunately for the moment there will be no third edition due to the coronavirus pandemic.

However, the restrictions did not prevent the comodorense from continuing to work and presented a project to declare on December 9 Women's Day in Aeronautics. In the Upper Chamber, also Chubutense Alfredo Luenzo promoted the initiative that had the approval and was turned to the Chamber of Deputies.

Meanwhile, Vanina is already thinking about next year and the new edition of the Encuentro de Mujeres en la Aviación Argentina to continue to give visibility to the association and to an activity that historically was within the framework of a masculine environment. In fact, the contrast is significant, while  only 22 female commercial pilots are registered, men are more than 1600.

Next year's edition could be held at the military base in  Morón , Buenos Aires province. In the absence of a meeting in 2020, Vanina and the association continue to work and, probably, the third installment of the Argentine Aviation Women's Meeting, is already with the establishment of the day that recognizes them.

Vanina Busniuk flies high, but not only because of her status as a pilot, but because of her passion, initiative and her desire to hierarchy women's work in aviation.