We tell you the story of Sabrina Monteverde, a brave young Cordovan who fights cystic fibrosis and made herself heard all over the country. 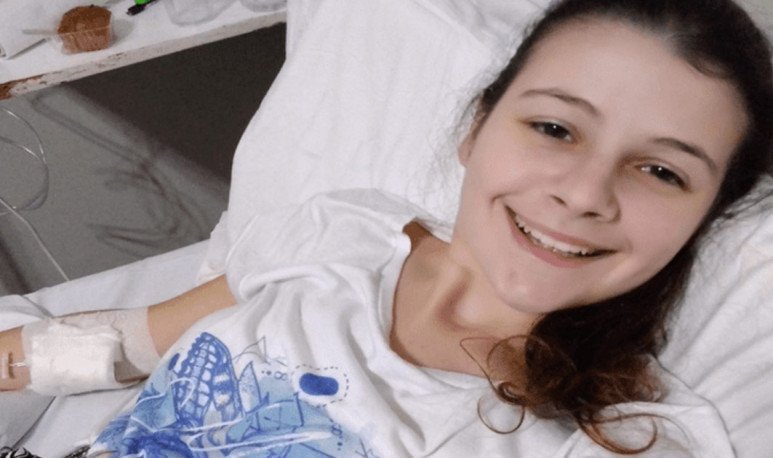 Sabri Monteverde is the voice of everyone who suffers from this disease.  She's been fighting cystic fibrosis for 22 years. Always with charisma, looking to the front and without giving up. However, there was a situation that completely overcame it. In the midst of one of his crises that brings the diagnosis, he found that his social work Apross would not cover his treatment.So Sabri bet on herself,  shouted and made herself heard.  He filmed a video telling his situation and asking for help to get his medication. But the repercussions went  much further.  With  more than 2 million  views, his message went viral and had a revealing effect on society. Thanks to  the spread of her message , Sabrina was able to make visible the  daily reality  of all patients suffering from this disease.

Cystic fibrosis is a genetic, hereditary disease that  affects almost all organs . This is a complex diagnosis that undermines the functioning of the glands of external secretion. This causes different organs in the body, such as the pancreas, liver, or respiratory system, to be affected. It also disturbs breathing, affecting the bronchi. In addition, 80% of patients have also affected the digestive tract. “ It is a  disease  that takes many hours of my life for treatment. I'm in a critical condition, I have a fever. It is a pathology that affects all organs and you work all day to keep them as healthy as possible,” does not tell Sabrina in the video that  went viral and worked as a help.

For you to listen

This case began in the province of Córdoba and, being disseminated by  friends and acquaintances of Sabri , transcended the provincial borders. The video of the 22-year-old girl came to the  Ministry of National Health,  so Ginés García and Fabiola Yáñez herself communicated with her. Justice finally  came to Sabrina  's request for help. The goal of the video was clear: to ask that his mutual, Apross, cover the medications for his  treatment . However, getting it was not simple, since the  Trikafta remedy is an international product of a  very high cost and must be imported.  In addition, it is not authorized in Argentina by the  National Administration of Food and Medical Technology (Anmat).  The latter is the main obstacle that prevents Sabrina from receiving its necessary dose that serves to generate a palliative effect and that her daily pains cease. However,  after several formalities , they obtained authorization by the state body. “ Apross refused to provide coverage. The cost is $65,300 for 84 tablets. Every two months they have to cost almost 66,000 dollars,” explained the family attorney in charge of the case, Carlos Nayi. The solution involves Apross depositing the money into a court account so that the patient can get the medicine. Monteverde must submit to the Court the certificate with which Anmat authorizes it to import. It is quite a  bureaucratic process  that makes use of lengthy and costly processes and, above all,  legal interventions.  What patients with this diagnosis are asking for a law to be applied, so that in cases of cystic fibrosis access to Trikafta is easier.

The story of Sabrina Monteverde is not the only one. Each patient with this diagnosis has  very different realities  and there is no legal framework within which they can be protected to receive their treatment. With his courage and strength,  Sabri managed to be  the voice  of many. The failure in favor of the patient is an example to follow. This case should act as a warning to all mutual societies and social works that prioritize economic interests against the risk of life of thousands of  people under treatment.