Home People Stories of people A barber in solidarity

Emiliano has a barber shop in Santa Fe. He offered to cut his hair free of charge for a person on the street so he could get a job. 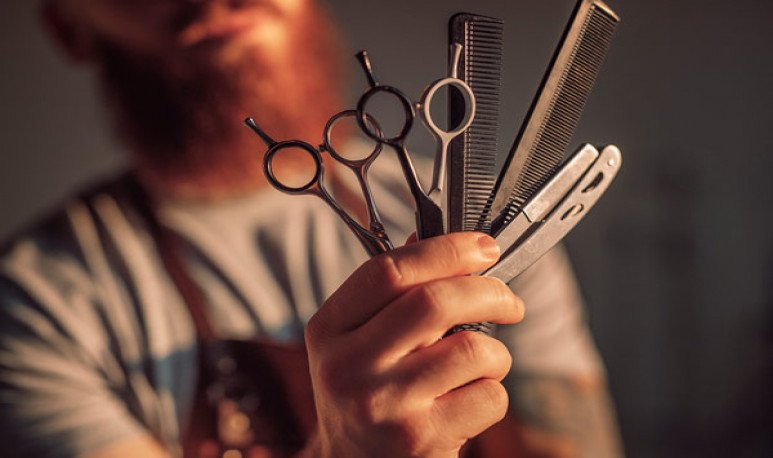 There is an ancient story that is very valid. At least, he is two thousand years old, because it is present in the Christian Bible. It is the famous Parable of the Good Samaritan. It's  a whole life lesson. An invitation to reflect on how we react  to the presence of a needy. Its validity is such that Francis's last encyclical is based on this text.

One of the things that rawly bare the parable is indifference to necessity. Worse still, the indifference of those who “supposedly” more supportive should be. That thing about preaching by example. Unfortunately, this indifference to the suffering faces of our society is a common currency. We don't know what it's like to be born and growing up on a ranch. Those who don't share the bed with parents, nephews, and sisters...  those who do not live surrounded by an environment where crime seems to be the most accessible way out of work are often the culprits of this sad reality.

In this scenario, every while, stories emerge that deserve to be told. Perhaps, because of the disclosure, they can be replicated. Maybe they'll help us become more like the good Samaritan.

Emiliano Gisbert owns a barber shop . This area grew a lot, hand in hand with hipster fashion. But, at least in Santa Fe, most of the most “top” locals are in the central area. It's logical. However,  Emiliano's barber shop is located in Blas Parera at 7100. An area where the life of the needy is much closer . The thing is, this barber felt the need to help a young man in a street situation. He cut his hair and fixed his image. The reason for this action was for Marcos, a 25-year-old boy, to get a job.

When this story came to know, Emiliano explained that he took into account that we are a time complicated by the pandemic. He says he sees a lot of people who are nervous. And he thought it necessary to join forces and try not to think only about us.  Think also about people who don't have the same economic and social possibilities as some of us have.

In addition, the hairdresser said that Marcos has been on the street for a few years. He has friends who are in the same situation as he is, with those who juggle and ask alms. He says he's known his whole life and he was surprised to see him on the street. There was that feeling, today, so named: empathy .

A couple of days ago Emi crossed Marcos on the street and  offered him his services for free. He went to look for him and they went to the salon. Since Mark didn't want to shave at all, he cut off his hair and shaped his beard.

In this way Emiliano achieved the effect he wanted: a change in Marcos's mood and confidence. “We got much more than a before and after, when he arrived he had a low profile, and then he noticed it totally changed, more safely, cheerful,” he said on social networks.

Mark excited thanked him.   Emi says he's very respectful, and he told him he felt like someone else. Beyond having an image of before and after, Emiliano wanted Marcos to feel safer and try to get ahead, change his life. He told him he was going to try. Now, between neighbors, they're going to prepare a resume for a job with his new look .