Xime Pompiani, the goalkeeper who writes poems to football

Pompiani is a Correntina archer who came to football driven by her dreams, her literature, her music and her students. Meet her. 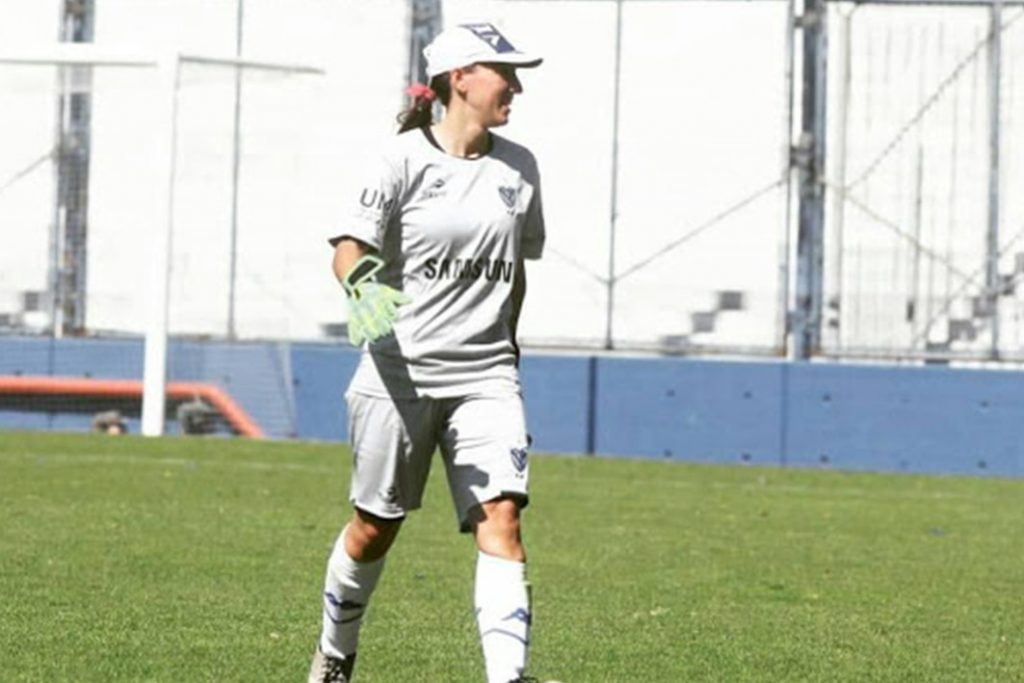 Ximena Pompiani was still not playing football when she decided to write A stroke to the heart in Corrientes. Art and literature would be the driving force for her to become the Correntina archer of women's football.

His book started as a birthday present for an old love, but ended with a larger edition than I expected. “I always liked writing. As a girl I went to a literary workshop, participated in anthologies, various contests,” said the player. “What motivated me to write this book was a mixture of love and football.” It was going to be a birthday present, so she was planning to print only two copies. He also studied music. A colleague told her that “why don't you do, like CDs, a pre-sale to pay for the edition and broadcast”. That's how he started and sold more than 300 books.

The arrival of the Correntina archer in Buenos Aires had to do with the possibility of continuing to develop in music. Although it would also be the gateway to his football adventure.

The road to the courts

In her role as a music teacher she had a talk with her students about dreams. “I told them that they had to prepare and study,” said The correntina. There were babes who told her that they wanted to be soccer players and Ximena began to rethink a lot of things. She wanted that, too. “I said, my Mom can't say no to me anymore. I started to find out, to find out where I could start. And I started.” Thus kicked off the football path of Ximena Pompiani, which would lead her to become an archer.

After having had this revealing exchange with his little students, he found the club Defensores de Chaco de Moreno. She hadn't yet made the decision to become an archer when she started training. “I was 23 years old and I started as a player, then because of a partner injury I started to tackle,” Pompiani said. I lived far away, in Capital, and I had a travel schedule that I almost always arrived an hour or two earlier. I'd just watch the goalie training. We had a goalkeeper and another teammate who played, but he'd cut off if he had to. At one point, both of them were injured and, as I was in formation, I said 'I'm starting to cut to see what wave. ' I liked to see how they trained,” he recalled.

At the time he had the opportunity to go to play Comunicaciones, who was looking for an archer to face the First B of AFA, category that currently has him as one of the candidates for the promotion to First Division. But the biggest dream was yet to come and it was nothing less than defending the team's bow from their loves. The one who had long ago led her to celebrate her 15th birthday in blue and white.

“ They told me that Velez had no goalkeeper and there I went, I'm very fanatic,” said Ximena Pompiani. “It was a very nice experience, when this e

“Y diay”: the Tucuman crutch for everything

The Lord of Tango

What is the most listened song in Spotify history?

The Dream of Lucero