The women's and men's squad, were consecrated champions of the Jujuy Cup, securing two titles in one day for Talleres de Perico. 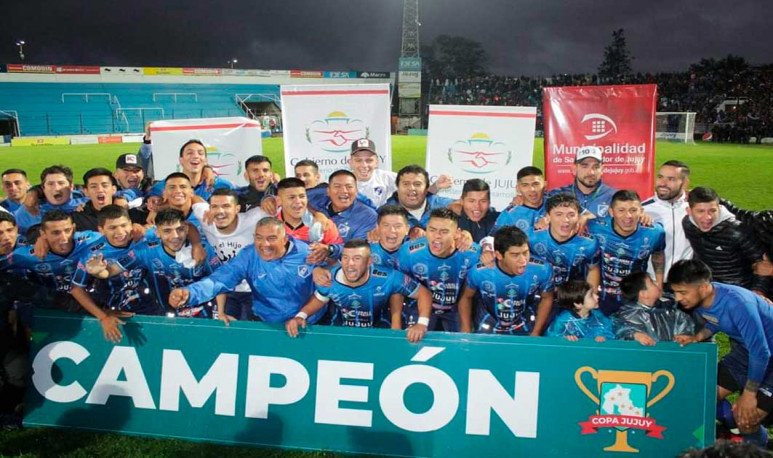 The second edition of the  Jujuy Cup  organized by the Government of Jujuy together with the Department of Sports, came to an end with the dispute of the two finals. A men's final and another female, where champions were consecrated the two campuses of  Club Atlético Talleres de Perico .

The first joy for the Puerto Ricans came in their hands. The women's team of the “Expreso” in the city of San Antonio won 4-2 to their peer from Club Atletico El Carril, in the town of San Antonio. The girls from Perico inscribed their name in the history of local football by consecrating themselves as the first champions of the  Jujuy  Cup in the category.

In the second final also Talleres de  Perico  would take the laurels. Although it should dilate the definition to the last consequences by shooting from the point of the prison. The balance was favourable to the “Blue Express”, as the electrifying sequence recorded a 5-4 in its favor. With this the Puerto Rico club would score two Olympic laps in the same afternoon in its annals, undoubtedly a historical event.

For the men's team the title meant a prize of $280,000 and the passport to play the Copa Norte. A round trip final with the next winner of the Salta Cup. The  historic championship  of the girls does not seem to be so profitable for the organization. The Puerto Rican  girls  received a prize check, for their status as champions, with just $80,000. In addition to the lower value check, they will not play the Copa Norte and thus end their season.

The finals were played in the stadium “23 de Agosto” of  Club Gimnasia y Esgrima , also known as La Tacita de Plata. It is estimated that 10,000 people witnessed the finals and saw  Talleres de Perico make history in local football.