Home People Sports “Wonder,” really, it's outside the ring

Sergio “Maravilla” Martinez had a life that lifts your skin and that's why he became the great champion he was. On the note, his most amazing anecdotes. 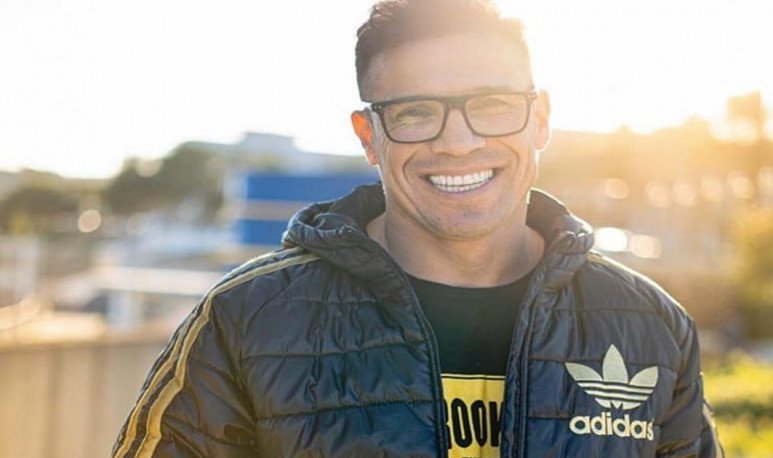 You know all boxers have a nickname. I don't know where that came from, but it's a custom of the principles of sport. Surely it will have been a way to generate interest in fights. Well, Sergio Martinez's first nickname was “El pibe de oro.” But the one who immortalized him is “Wonder.” The two nicknames carry them, even better, outside the ring.

For girls and non-lovers of pugilism: “Wonder” is a crack. In fact, he was considered the third best boxer in history in his category. Out of 56 fights, he won 51 (28 by knock out) and lost only 3.A real different one. A technique, a fine, impeccable style. Very fast hands and legs. And very smart. Who fights you off guard and kills you with a backlash. Sergio was World Champion in two categories. That's a lot. A lot.

This note is not about describing your sports achievements. You can search for statistics on Wikipedia. I want you to meet the human being outside the ring.

Like the vast majority of boxers, Sergio comes from a humble home. He lived with the fair in his native Quilmes, his place in the world.But Hugo and Susana took care of giving something to Sergio and his two brothers what many boxers don't have. A home. And education. I don't mean just school. Hugo instilled “Wonder” his love for rock. The music. Art. I also made him listen to Dolina on the radio. And “Wonder” learned to think. Sergio's a smart guy. Lee, look to improve as a person, you have concerns, curiosity.

But, like most pugilists, he didn't have it easy. What's more: he had it very difficult. And I'm going to tell you, because at times the skin is hedding.

Fight against pineapples and much more

He had an uncle and two boxer cousins, so he didn't have anything other than the sport. At 20, he went to the family gym to train. I wasn't thinking about boxing. Actually, it was “big” to begin with. He wanted to improve physically to play the ball better. After all, he played in Claypole. A week he fought for the first time as an amateur. He won, of course. He started football and was dedicated to the box. Without ceasing to help the old man assembling roofs and tinglados. That's what he had to do since he was fourteen.

Very soon came his first experience for a title. Vegas. The champion was the famous Margarito. A very difficult fight. He came without equipment. He didn't have money to pay the sparrings, so he couldn't train. And he lost. But I don't want to tell you about that. He returned to the country with nine hundred dollars (900) in his pocket. I was very happy, because they would help the family a lot. Even though the promised stock exchange was five thousand (5,000 US $ S)... well... three thousand, actually, “for taxes.” They were ripping him off, but the twine served and he grabbed it. Then he found out that those three thousand who were five thousand... were actually twenty-five thousand (25,000 US $). Yes. He was paid 24,100 dollars. Because jets are everywhere. He returned from the lavishness of fighting in a Las Vegas hotel to the Argentinean reality. Stadiums without people and no hot water to shower after the fight. Rancie bags.But “Wonder” got him forward.

“Wonder” is left-handed. But one day, to prevent his bike from being stolen at Claypole, he hit the thief. He broke his hand (a doctor told him that hopefully he was going to serve to keep writing). It was a terrible moment. So much, he had to learn how to box with the right. He crouched his head and went on. He didn't stop training despite the hurt hand.

In 2000, another of the harmful years of Argentina's economy, he went to live in Spain. With only a thousand eight hundred dollars in your pocket. A madman? No. A convinced guy, with an idea in his head and a lot of faith in himself. “Wonder” dreamed of being a world camp. Literal. When he arrived in Madrid he realized that the bags were missing things. Yeah, they've been pushed. It was the welcome that Europe gave him. Among the missing were folders with addresses and contacts to start their sports life there. He was out of sleep for two days, trusting something was going to get him through. Not knowing what, of course. Until in an unchecked pocket in the pants he found a tiny little paper. He had a name and a phone. A contact there, who had been given by someone here, with the certainty that that contact was going to help him. He ended up being Miguel, the manager he had throughout his career. Friends. They weren't abandoned anymore.

That gentleman got him at the touch a place to sleep. And also his first fight for a world title, after some successful fights in Spain. By that time, Sergio had several jobs (he came to dance on the stage of a bowling one night). The twine didn't reach. Sometimes, not even to eat. So much, I was going to Caritas to order food.

So it was for the first time for a world title. One night he went to Caritas and eight days later he climbed into a ring to fight. Not just that. Read me: I was skinny, obvious. And he had to gain weight to box in the next category to his. The promised bag was a fortune for him at the time. She went to the gym and gave her a dietary supplement to get fat. He came with the fair. The fight was in Manchester, England. “The place where foreigners don't win.” He has a mystical Manchester. Since he was not given a gym and couldn't afford one, he grabbed a piece of cable he found on the street to do something “waist.”

The fight was against Richard Williams, who was IBO World Champion, an English federation. Williams received him with a hand on his forehead that left him a mark for three months. In the third round, he threw it out. And it was the strongest experience in the life of “Wonder”. From the floor he saw his dad, who had arrived that day, with a barbarian economic effort. He felt the world was coming over him. He was very embarrassed. So he got up. In the sixth round, Williams broke two ribs. In eleven, he threw it back. But on the last lap, Sergio threw Williams. And he won by points.Sergio had a dream that had become a target. And no one was going to take it from him. That's “Wonder.”

He took care that the hunger for glory was much stronger than hunger for food. “Wonder” had a huge desire. A giant illusion. And he went to fulfill it. He took great care that nothing distracted him and nothing stopped him. That taught us, unintentionally, every fight. 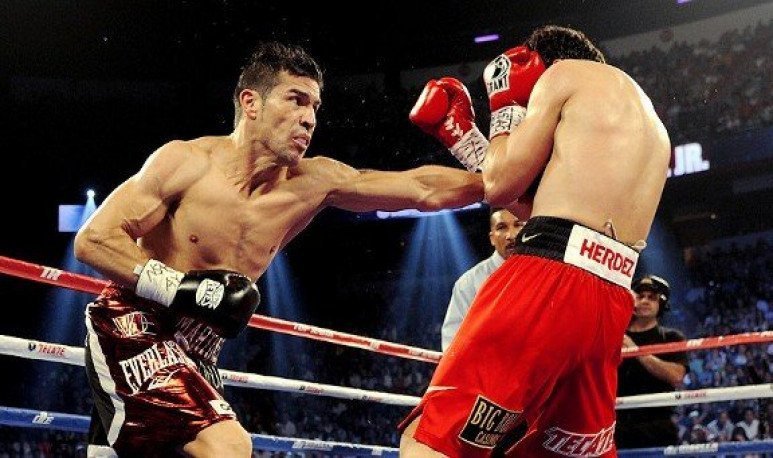 When he won his world title against the great Chavez Jr, “Wonder”, as always, climbed into the ring convinced that he won. He hit him so much but Chavez so much that when they went out to the last round, the fight was already his. But he found himself with a fluttered hand, which hit him in the eardrum and left him stunned. So he got two more mazazos and went to the canvas. Less than a minute was missing. The stadium was paralyzed. “Wonder,” no. He got up and did what only a real big one could have done.Everyone, absolutely every boxer in that state, either escapes or hugs the rival. “Wonder” went to look for him. While rapporteur Walter Nelson begged him in an immortalized: “I got out of there, Wonder!“, people and Chavez couldn't believe it. It was victory by points. The judges ignored his fall, and they surely valued his courage, his madness. That they were nothing but that illusion he had since always and that no one was going to get him out.

The vast majority of the world box champions went hungry for boys and young people. If you want, the “Wonder” thing could be just a lot of exciting stories.

What makes him a great human being is not what “Wonder” did with hunger, but with fortune. Because his goal fulfilled it. By far. In every fight he has an anecdote that is an example of overcoming. Courage of life. Not to lower your arms for anything in the world. Don't lose faith. The illusion. The dream. Focus, no matter what happens.

But Sergio leaves us a teaching at every step he takes. Because it's Sergio. You didn't believe the “Wonder.” It's that kind of paddle and I get that you see every interview. He's not only humble and he didn't believe it. Not only is it “low profile” and it doesn't show the fortune he won. That's just about anyone. Sergio invites you to reflect with every word. He's a guy who makes the world better. That makes life better for the few you have next door. He's a motivator. Warm. Nice. Smart. Reflective. Accept your mistakes and fight to improve. It teaches that path of daily improvement that we have to do. Which, if you really want, you can really. It takes us hand in hand to be happy with little. He doesn't have thirty Ferraris. I could. He's a millionaire because he's one more among us. That almost no millionaire is, wherever he comes from.Sergio is an elevated spirit. Example that life does not go through money. But for a much bigger place. Romantic. Where material is secondary. Maybe that's why he's one of the few who didn't have “friends of the champion” or vedettes next door. 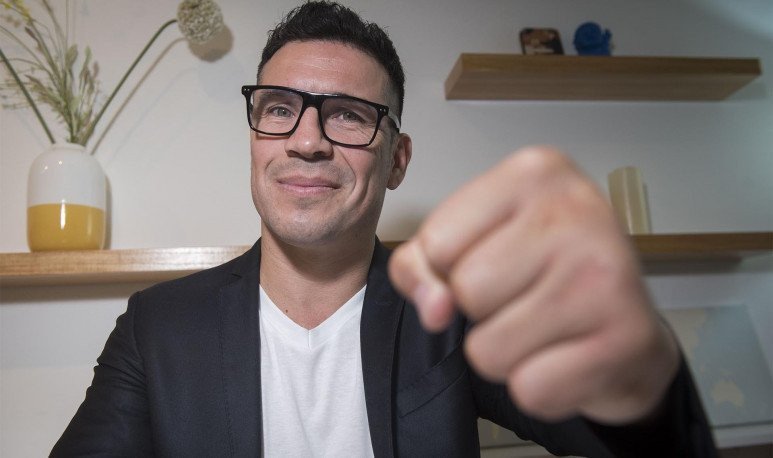 Sergio doesn't have to do with everything big he did in boxing. His greatness comes from the cradle. From home. The brothers, the uncles, their friends, talk about gratitude even today...Hugo, Susana: they did a job of “Wonder”.