Cristina Bescos is the protestor of the Atletico Paraná Club and was elected to hold an important position in the AFA. Here we tell you everything. 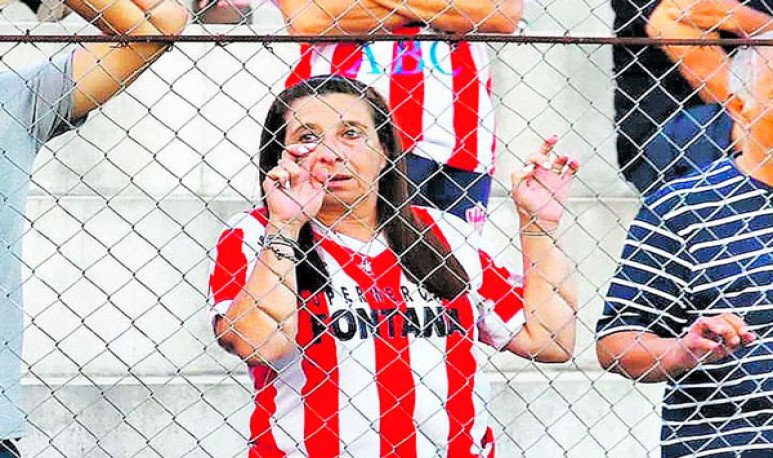 She considers herself  passionate about  the things she does and likes to take on new  challenges  .  He's always fighting for the rights of others . Mainly for  women's  and their  inclusion . It is that the  atmosphere  of  football  is a  hostile climate  that until not so long ago  left out gender issues . Luckily things  began to change  and incessant claims are paying off.  Cristina Bescos  serves as a protesterer  of the historic Club Atletico Paraná  in the capital entrerriana  . And from the  Argentine Football Association (AFA)  came an unexpected news. It was  convened  to join the  institution's Equity and Gender Observatory  .

The leader is a  fan of Atlético Paraná and Boca Juniors , although she  admits to deviate a little further  for the first . He defines it as his  second home , since there is no day he doesn't go. Even for five minutes. In this regard, he reports that on Saturdays and Sundays he accompanies the boys of the league and below. But everything was slowed down with the pandemic. Under this line, he does not hide his desire to witness a match again. To step on the floor of the court or to be on a stand. It is strange to stroll through the facilities of the large Pedro Mutio Stadium, which has a capacity for around 7000 people. The AFA Gender and Equity Observatory plays a  survey role in all regions of the  country  . There, he is dedicated to informing about the place women occupy in the world of football. This includes not only the players, but also fans, referees and leaders. In this way, it is intended to know how many of them have the potential to make decisions. All with the  aim of drawing up policies that will improve their conditions .

In principle,  registrations  are carried out to determine whether  clubs have women's leagues  . Then, the work performed by all women in the different areas of each institution is investigated. Thus, they are accompanied and  their actions become visible . At the same time, it collaborates jointly with the  Federal Council  to know the realities of the same.

Put everything from yourself to contribute

As for her  nomination for the post , the leader reports that it was a  decision that came from the  Board of Directors of Atlético Paraná. For her it is a  possibility  that will generate a  hinge point in her career  and that moves her very much. In this context, it ensures that it will channel its full capacity to fulfill the role and from there contribute as much as possible. In addition, it highlights the  support  received by the  club  and the people since that designation came to light.

As far as the  tasks  you will have to perform, you should  be aware that    everything is working properly  . This includes  advising communicators on issues about violence, particularly in sports . Also,  generate actions  to make football a  tool   to get girls out of the street  . And he longs to be able to achieve it.  A small bit of sand in pursuit of inclusion that becomes part of something larger.