Argentina missed its last chance of reaching the Olympic Games after falling with the Spanish national team on the last date of the Olympic Qualifying in Llíria. 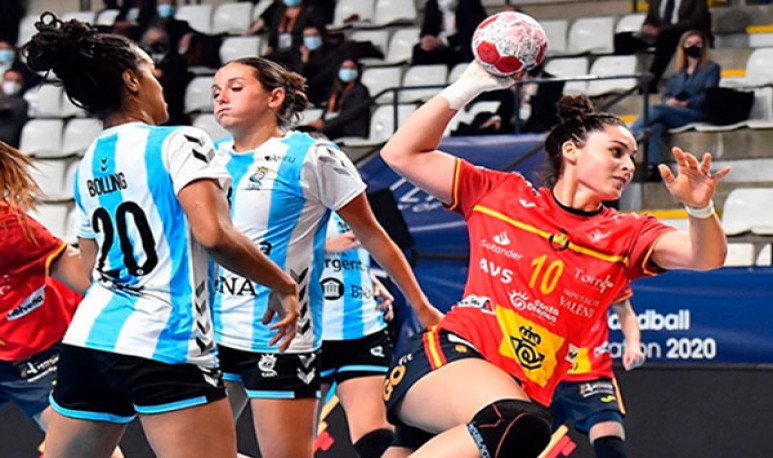 The   Women's Selection   lost to Spain for the third date of the Olympic Qualifying and said goodbye to his dream of reaching an Olympic Game for the second time in its history. Argentina, which on Saturday had fallen in its presentation to Sweden 21:34, also did not have too many opportunities against the current runner-up of the world who in the Pla d'larc in Llíria was strong and was forceful. In this way, Spain and Sweden, which had tied 28 on Friday's opening day, took the two tickets in play for Tokyo 2020.

A 3:0 match for Spain at the start of the match turned on the national alarms and made think of a start similar to the match against Sweden, in which Argentina could not stand and fell away from its rival quickly. However, the National Team showed its best version in the match to match the shares and maintain all kinds of expectation.

In that first positive passage, Marisol Carratú's shortcuts and the individualities of Luciana Mendoza and Elke Karsten were important for the 5 equals in 10 minutes. As against the Swedes, Malena Cavo's entry to the first line was also decisive for Argentina, despite adding some losses, to remain in match until the 20th minute with Spain up 10:9.

Later, ten fateful minutes for those of Eduardo Gallardo who saw how on the one hand his drives considerably raised the losses and on the other hand enlarged the figure of Silvia Navarro, the Spanish archers who closed the first half with 7 shortcuts. On the other side of the playing field, 100% effective for Marta Lopez Herrero from the right end (7 goals and a constant during those first thirty minutes) that with several consecutive goals put definitive figures to that first half, 19:10 for the European ones.

As before Sweden, the   Selection   Femenina sought to reverse that final first half image and sell face defeat. Objective that in the initial minutes of Macarena Sans's hand in the center of the attack and Marisol Carratú in the bow (closed by 31% effectiveness) could achieve keeping goal to goal, but that could not hold with the running of the minutes.

The -9 with which he reached the halftime were held until 15 minutes of the complement, with goals from Karsten, national scorer with 4, and Cavo, who followed her with 3. Then the figure of Darly Zoqbi would appear on the bow, continuing and further improving Navarro's in the first half with a striking 67% shortcuts (12 of 18).

Numbers that resulted in 1 single goal from Argentina in the final 15 minutes, one by Bolling (good match and the other of the national scorers with 3), who finished sentencing the match in favor of Spain. 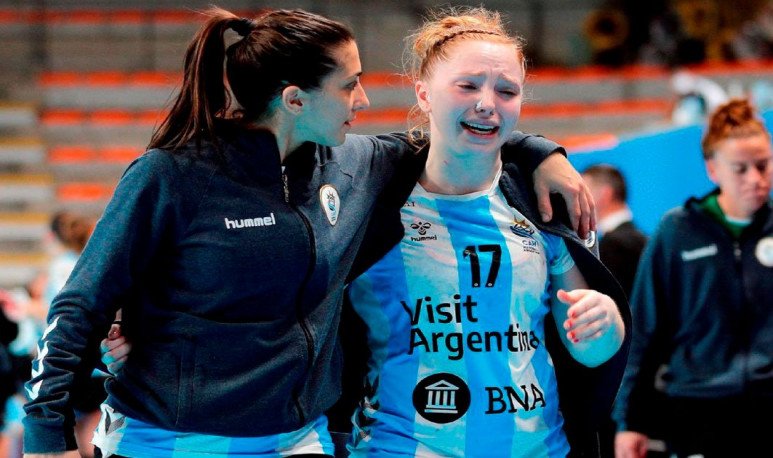 “There are always positive things to get out and build. We arrived at the tournament with the girls who were in Argentina stopped or only playing training, in Europe they were also not very active and suffered for Covid. It's very difficult to play like that against a top 10. We had many illusions of being able to play in another way and that causes some discomfort. But they're very young girls, who have to grow up. In the first 20 minutes we gave a much better picture of the first half and I'm staying with that. Then our definition was very bad and the archers of them were very good.

In the final part of   match   We set out to lose by less than 10, but in the last 11 minutes we didn't score goals and that's how it becomes very difficult.

We're on a step far down and there's a growth that has to be gradual. In the World Cup we did very well against strong teams like Hungary or Sweden. This parate killed our intensity a lot; it's no excuse, but it would probably have been other parties.”

“This was a much better match of mine and several. I personally had a horrible match in attack yesterday. We all got together, and they were all there for me, to raise our heads and try again. So today I came in with another head.

We cried and hugged each other because we came really excited. This hit us very hard.

I'm super proud of the team after such a difficult year for everyone. It's been over a year and a half since we haven't even seen our families and we were able to meet and play together again. We left everything, soul and heart, but we didn't make it. I'm going very sad but also very proud.”

Summary of the match