The homeowner's last quarter was accurate and definite 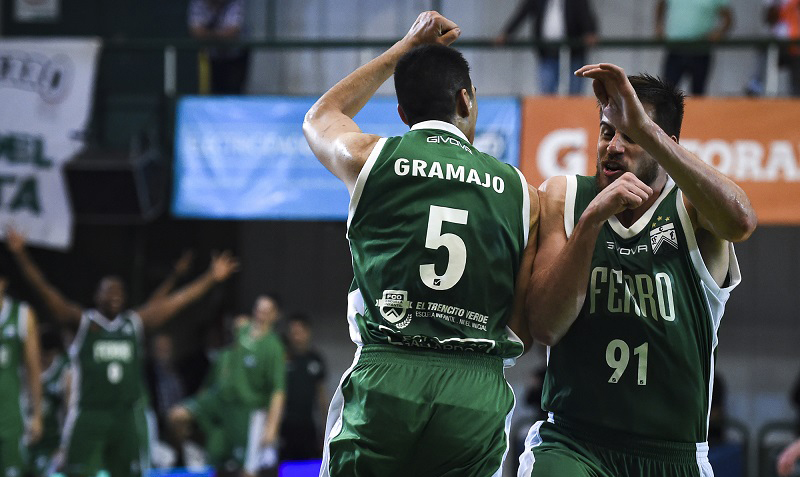 By: Roberto Morcillo
Ferro beat Estudiantes 86-67. Hernán Laginestra's team closed the year with a great triumph based on collective play and a great last quarter. Iván Gramajo and Martín Leiva were the scorers with 17 points each.Best start of the visit that went 7-4 up and then 11-7 with Mitchell's triple. Four points from Fierro stretched the difference (15-8), but from the hand of Leiva first, and Gamboa then, Estudiantes equaled in 15 and even passed to the front 18-15 (partial 10-0). Great work of the directed by Eduardo Chiche Japez, proposing good rhythm and game in the Etchart. A triple with a tray of Cosolito equaled again in 20. The last one of the partial was for Ferro after three erroneous plays between both teams and the first partial finished 21-20.Things continued even in the second quarter and in two minutes were 23-22. West improved in attack and defense, and broke at just the right time with Gramajo's triple that stretched the difference to six, 28-22, maximum of the encounter so far. A minute earlier, Daviyon Dreper reached his fourth foul very quickly. At the return of the minute of the visit, this one returned to take good initiatives and, when it passed to the front, Laginestra asked for minute with the board in 28-29. Chourio cut the partial 4-0 purslane, but Fierro with double helped to return to the front. Ferro played very fast, for moments those offensives ended in goal but it was not his best face, however it continued to the front 36-35. Estévez charged Fierro unsportsmanlike and sent Estudiantes free with things 39-35. The fourth finished 39-40.Ferro came out with all the energy and willing to win the game at home, the last of the year, put a 6-0 partial and was 45-40 in front in two minutes of play. It appeared the figure of Charles Mitchell who was the scorer of the team with 11 at the time, with a very distributed scoring. The Japez proposed a tough defense and the local cost to enter comfortable under the hoop, also in the middle of the fourth, Ferro was 51-47. Estudiantes equaled in 51 and a robbery of the young Merlo allowed him to take the ball and overturn it before the look of Spano who could do nothing. Laginestra's team put fifth in depth and closed the fourth 58-56 better. On the opposite sidewalk, Leiva was already a double figure with 17 points and 10 rebounds.Hand in hand with Mitchell and Fierro, Ferro took advantage in the painting and was nine (65-56) in the first minutes. Iván Gramajo was lit, and with double and triple of him, his team escaped 70-58, seconds before he was injured in the visit to Tucu Gamboa. Ferro's best moment reached a maximum of 15. With fast and fluid play, Hernán Laginestra's players fought each ball as if it were the last one, this, added to the fact that the three pointers that had not entered the rest of the match began to enter, made possible such a distance before the rival that no longer had one of its figures, and that had two players at the limit with four faults. Cosolito with a triple stretched to 22 (80-58) and began to close the match. With two minutes to play, the game was already defined and Laginestra put the most kids on court. The clock was consumed, and it was Ferro 86-67's triumph.Source LNB

The fight against drug trafficking: reality or hypocrisy?

A Cro-Magnon man on the loose in Catamarca