We're getting into the world of Aarquería. Jorge Luis Bustos tells us everything about the sport of bow and arrow. Mendoza has great shooters. 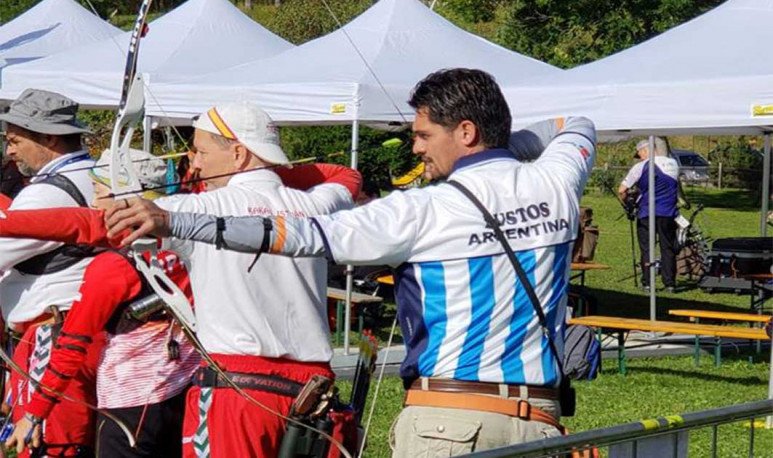 When we talk about  bow and arrow,  we often relate it to children's tales, big epic battles or even Robin Hood comes to mind. However, archery is a  sport  like anyone. He has participation in the JJ's. OO., are disputed worldwide discipline, and even the most advanced countries have their own internal competences.  Argentina  is on its way to that, and  Mendoza  is moving in that direction. Jorge Luis Bustos,  Mendoza shooter , explains the reality of this discipline.

Jorge was in charge of “importing” the sport: “About six years ago I met the archery in Cordoba, on a family holiday. There was a group of guys practicing, I approached, tried, threw some arrows and felt it very natural.”

Already on his return to  Mendoza  he tried to spread it: “I had a hard time finding someone who practiced it at a sports level. I found a group of people in Chacras de Coria, we started practicing and at the time we decided to form the  Club de Arqueros Andino , because Chacras de Coria was a little small about shooting spaces and security zones.”

Andean Archers have roughly a group of about 40 or 50 archers that are rotating, but this is not the same whole year. “There are times, like winter, which is a little colder, some archers don't come and prefer to join in September or in the summer,” Bustos points out.

At the national level there are several tournaments and competitions. “From that there is a national ranking of the  Field Game mode. Razo: bow without sight or stabilization. Olympic Recurve: exactly like the JJ's bow. OO. Compound: bow with pulleys,” says Jorge.

As always, some countries maintain sports policies, so Jorge asserts that “there are powers and people who live from this. As in the  United States ,  Italy , Sweden or  Spain . Because there is state support. Here you have to take care of the costs of your trip when you go to a tournament.”

Now we know, climbing to a tree with a branch and a peola tied to its ends, a rod doing arrow and aiming at the apple ceased to be a children's play. Now it's a sport: archery.