Home People Sports When your idol greets you

Taty Castellanos filled Ian, a boy from Mendoza who needs a bone marrow transplant. The striker is his idol and he recorded a video for him. 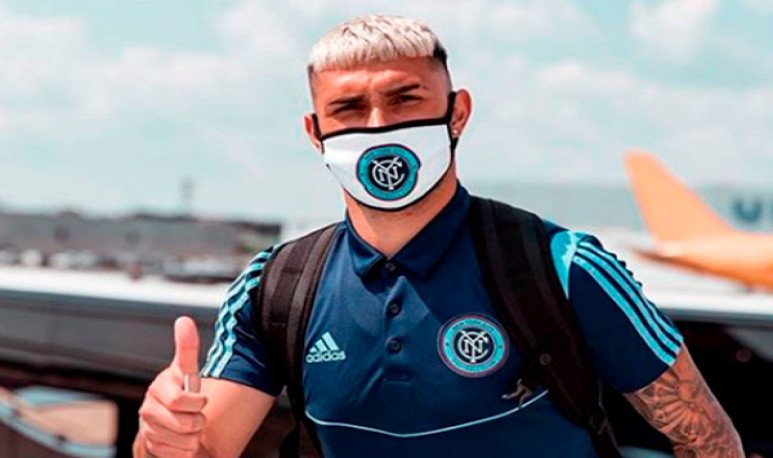 As boys, we all had an  idol or idol . We dreamed of meeting him someday or having, at least, an autograph of our favorite person. We watched her in the newspapers and on television, and it seemed impossible to have any contact with her. Today,  the advancement of technology brings us closer to that person we admire . This happened to Ian.

With a good economic pass,  settled in one of the most important and dreamed cities in the world , living on what he loves, it would be hard to think that  Valentín Castellanos  can do some time to send a video to a boy in Mendoza. However,  the Taty does not forget where it came from. He does not forget that he was also a child, had idols and dreamed of being able to meet them.

The other part of the story is completed by  Ian. In the next few days, the child will travel with his mother to the province of Cordoba to continue treatment.  He is currently hospitalized at  Notti Hospital .The Coordinating Institute of Ablation and Implant of Mendoza will cover parts of the costs of the surgical intervention.However, from the family environment a CBU (1910115855111500277785) was made known in order to transfer some monetary aid to pay for the treatment in question.For more information and other assistance, contact  your mother Sabrina Castro, on the phone: 2616008334 .

Ian is a football fan and his idol results from that sport.  The fact that he is Mendoza, just like him, makes it more spectacular. Maybe, if a guy from Mendoza just like he happened, why can't Ian ever be a professional footballer?

Former Murialdo player, today in US football, had a remarkable gesture with the boy   Lavalle.  To applaud and imitate. Mendocino striker Valentin Castellanos, who also had a step in Uruguayan football, had a wonderful gesture with Ian. The current New York City striker for MLS  recorded a video in which he gave him all his support, wished him luck with his treatment and promised to meet him and give him a hug when he stepped on Mendoza. In addition, he promised to give him his shirt.Fantastic.

Taty, as his friends and family tell him, was born in  Guaymallén , Mendoza. There he started in the home league,  in the team Leonardo Murialdo. The youth DT, Tony Torres, contacted his friend Diego Rivarola, sports manager of the U of Chile, to talk to him about his chicken, Castellanos.

And that's how, without luck in the clubs of his country, Valentín crossed the mountain range at the age of 17. Before, I had felt two frustrations at not staying in  River and Lanus . In Núñez he passed the first test, but then he did not prosper. And in the Garnet he was rejected by his physique . “I was told that I was very skinny, I felt bad at that moment, but I know that these are things that happen,” recalls Castellanos.

After his time in Chilean and Uruguayan football, his videos fell into the hands of Torrent, the coach of New York City, and who has also been, for a long time, assistant to Pep Guardiola. So he came to the Manchester City franchise, where he won a place by force goals and assists.