There was some time when Diego Armando Maradona was in charge of directing a football team in the province of Corrientes. 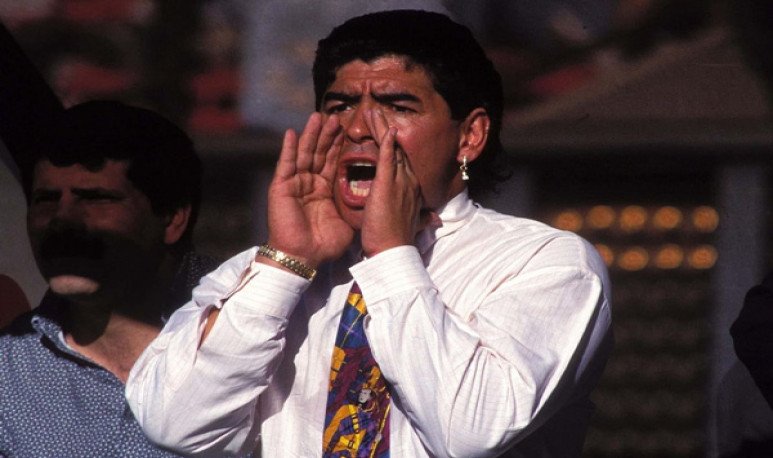 It was  1994  and the chain of events that happened marked  the history of football and Argentines  .  Diego Armando Maradona  had the jersey on to help the National Team   win  the USA World Cup  . “I didn't get high, my legs were cut off,” said Ten. One of the  most iconic phrases  of the  Argento language  ,  which is  framed in a bittersweet context  . It's just, five days earlier, Argentina had defeated Nigeria by 2 to 1. But sleep ended when it was found that her  urinalysis  had  tested positive ephedrine doping  . Afa then withdrew Diego from the competition at FIFA's request and  his career with the albiceleste culminated .

Who was going to say that a city in northeastern Argentina would be a refuge at that difficult time?  Maradona's  first experience  as  coach of a  team   was in nothing more and nothing less than  Corrientes . Unexpected for many, as he did not even have a technical course done. However, the star always stood out for defying the rules and FIFA had banned him from playing football. The suspension covered 15 eternal months and his passion was stronger than any regulations.  So he decided to head the Mandiyú Deportivo Club located in the capital .

The opportunity served in both directions . Ten to escape from the maelstrom, while the team worked as a possible lifesaver to refloat. The nexus was  Sergio Goycochea , companion of the albiceleste of Maradona. It was Goyco who brought the idea to Roberto Cruz, the then owner of the club. By the end of September, the Ten had the proposal on the table and, in just a few hours, they closed the agreement . That way, the former player of the National Team settled in a local hotel ready to start over.

The plan was as follows: Maradona would replace Pedro González forming a duo with Carlos Fren and Elvio Paolorosso's physical preparation. There, Diego was listed as Fren's assistant because of his lack of qualification to practice. Then, until the fourth presentation he was watched directing from the stalls. Finally, in the match against Ferro in Caballito, he managed to  occupy the bank for the first time . The feat was possible by an  honorary card  from the Association of Technicians. However, despite attempts, Maradó's intervention in Mandiyú  did not have the expected results  and remained as a memorable memory.

The passage of Diez by the team did not go unnoticed and  is still exhibited as a trophy  that the  people of  Correntino protect. As long as the experience lasted, he ate roast brought from Buenos Aires with the players. He also gave two washing machines to the washerwoman so that she would not work by hand and liked to go gold-fishing in the river. But the rest on the coast lasted for a short time, forcing its early departure.  It happened as a result of a mixture between the club's economic problems and the scarce effects of his contribution as a coach .

“We left Mandiyú with a huge desire to continue working, but we couldn't do it. President Cruz got into the locker room, and in the locker room I command,” it turned out to be the  final phrase . In that way, Maradona gave a postcard to complete on the  album of historical moments in Argentine  football   . In addition, he challenged himself by trying out a new facet of his, which was born from an unfortunate event.  Dear Corrientes, the start of Ten's career as a coach.