When La Gloria arrived in Cordoba

We tell you the story of one of the largest clubs in the province of Córdoba. With the colours white and red, it paints the hearts of thousands of Argentines. 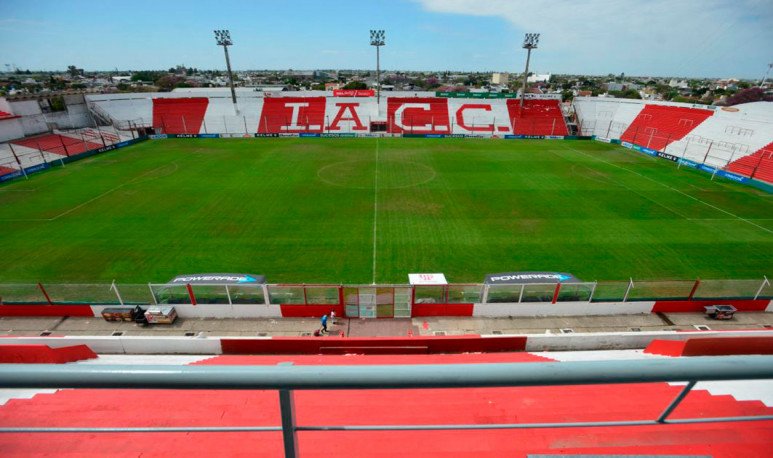 White and red is the heart of the Cordobeses of Alta Córdoba.  The streets are stained in white and red, every time La Gloria is going to play and these same colors are those of  football passion.  Like every August 8, the birth of a club that became the  soul of Cordoba is celebrated.

The first steps of this Club  date back to 1918. And it starts as an initiative of the railway community, as they sought  to boost sports activity.  In its beginnings it was named after Instituto Atlético Ferrocarril Córdoba, and only the employees of the Railway could be partners. He was born from an assembly, but eventually it grew so much that they were forced to open to the general public. Especially to the residents of Alta Córdoba, who contributed with their presence constantly.  Only in 1924 they officially opened the entire community and the entity was renamed Instituto Atlético Central Córdoba.  From then on, the passion and madness that today is the IACC for all was unleashed.

In football matters, to this day, La Gloria has  12 federation titles, 8 of them played and won  in the first division .  This club has sports disciplines of all kinds.  Field hockey, water activities, tennis, judo, karate, volleyball, rhythmic and sports gymnastics and much more.

This year La Gloria celebrates 101 years of accompanying its audience  and growing more and more, this institution stands out for its great call  and its contributions to Cordovan society. It is not only a  football team , but also from other disciplines. In addition, it tries to intervene in extreme situations, with  solidarity campaigns and different types of community support.

In 2005, the IACC went from being a sports body to  an educational body.  The possibility of having an educational institute at the  tertiary level emerged.  Where they provide theoretical-practical training for  teachers in Physical Education , with formal qualifications and duration of 4 years. Years later,  this  sports  and educational community  was launched  or conquered the  primary and  secondary. The  Alta Córdoba Educational Institute emerged in 2011.  The project began with rooms of 4 and 5 years and a first grade. In 2017, IEAC had its first graduate course in 6th grade, that is, a complete primary level. And he also added 3 year old salita. From 2018 they also provide secondary education, which makes this institution  an educational center, in addition to La Gloria deportiva.

Today, the club is known as Instituto de Cordoba.  However, the official name of  this entity is Central Córdoba , as it was thus called the railway on which  its foundation was inspired.  But his followers made the  popular name Institute,  when in reality this word was simply the one that indicated that Central Córdoba was a club, an institution. Neighbors and neighbors began to call it  “the Institute”, and in the end it was left with the final name. The most affectionate.

Although his official nickname is  “La Gloria.”   A friendly way to call our heart's club.  This pseudonym was born in 1919, when Institute declared himself  undefeated champion in the Second Division of the tournament of the Former League Cordoba.  So it comes to the much-desired and glorious First Division. In  1925, 26, 27 and 28, Institute managed  to stay with first place  and consecrated  Champion for four consecutive years.  Thus, football fans go on to call the club as  “the glorious” . Over the years it was adapted to different derivatives of the nickname, and  finally became baptized  as “La Gloria”.

The start is collective and sporty

Millions without heirs or heirs without their millions?

Who was the hidden writer?