We remember a peak moment for the leper people: Diego Maradona played in a big Rosario. 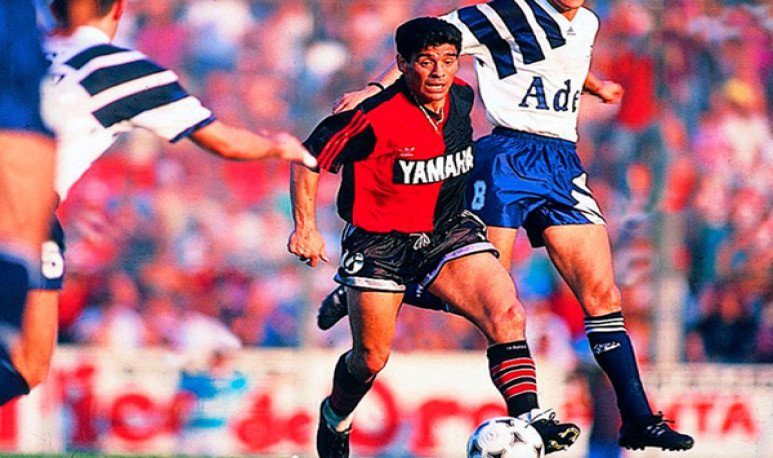 The image of Diego Maradona in the red t-shirt went around the world. And  in Rosario his arrival meant an episode to which no one could be indifferent . Because, logically, El Ten revolutionized the city.After his time in Seville de Bilardo, in the second half of 1993, Maradona returned to Argentine football to become a leper.  There were few matches, but left an indelible mark  in the main city of Santaffesina.

On October 10, 1993, the long 8 years, 10 months and 8 days that the Argentine footballer had to wait to see Diego again in Argentine football would be cut. And  he did it with the shirt of a team from the interior of the country . But, of course, Newell's is one of the big clubs outside Buenos Aires. The games that played the biggest of all time with the leper's coat were few. Still, they are remembered for eternity, in the city of the leper and the  scoundrel .

If there's one thing Diego has us used to, it's to reinventing himself. Maradona came from playing in Spain, in the remembered team that also had Cholo Simeone in his ranks. But  the Ten had already gone through many complicated situations.  In sports, Pelusa was about to return to Argentinos Juniors, but in the middle was Newell's Old Boys de Rosario and  thus was born an eternal love between the greatest of all time and La Leprosy rosarina.

On September 9, 1993, the news was Maradona's return to Argentine football and the surprise  caused the happiness of half the city of Rosario . Diego was more alive than ever and excited all Argentine fans, a year before the US  World Cup  .

Statistics say that Maradona only played in Newell's five official matches and two friendly matches. In one of them, against Emelec of  Ecuador scored the only goal with the red coat, at Parque Independencia. 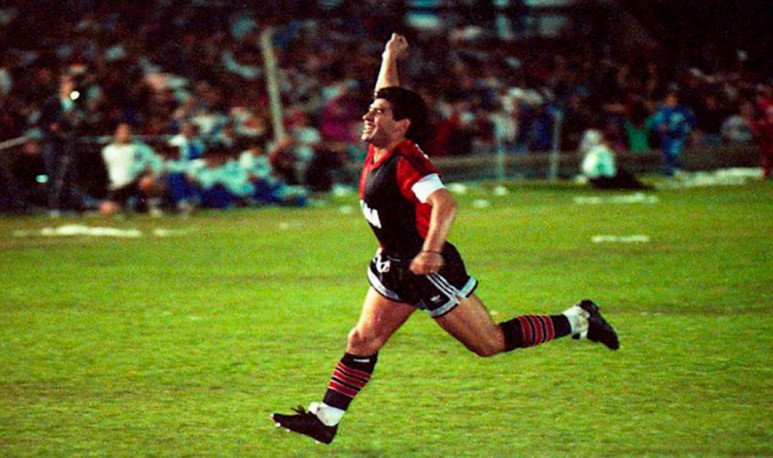 On Thursday, December 2, Newell's would face Huracán at Tomás A. Ducó, in what would be the last official match played by Diego Armando Maradona in the Newell's Old Boys jersey. In this dispute,  Diego would suffer a muscle tear that would take him away from the courts  until his return in January in the friendly match with Vasco da Gama. That was the farewell of the Ten in the red and black colors.

Only last year, Diego Armando arrived in Rosario as a technician at  Gimnasia  La Plata. In another unusual record, he became  the first DT of a team that, in the previous, sings with the bloated rival , who honored him with a t-shirt with the image of his face. He was also given a “king's throne” to sit on the bench of substitutes. Newell's Old Boys pleaded against Ten and he responded with gratitude and with his heart, relegating the football match to the background. In addition to joy,  Diego also had his time for emotion and tears : the leper leadership gave him a t-shirt with the name of his mother, La Tota, and Maradona could not help breaking into tears.

It was said that Maradona being a leper was “a romance that lasted 540 minutes.” This is because of the time he spent on the court in Newell's t-shirt,  but that love wouldn't end there. Diego always remembers reddish fans . In the heart and history of the club, the images of the star will be marked by  fire  with  the 10  of The Leprosy.