Home People Sports What do we see with this Ginobili guy? 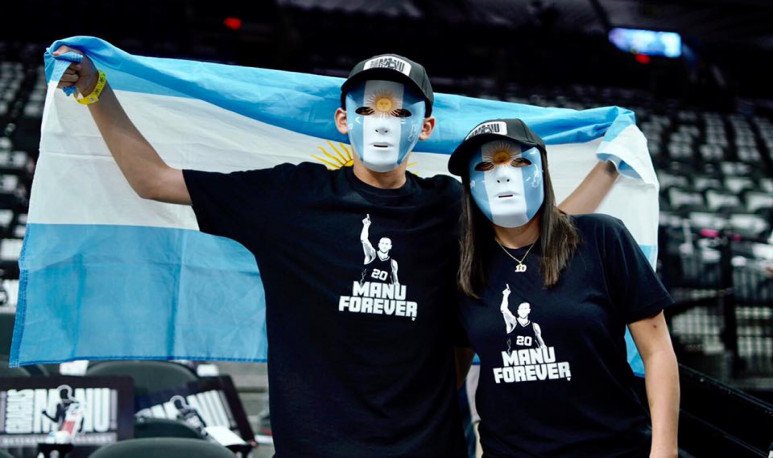 Manu  Ginóbili   withdrew from professional basketball practice. In a tribute never reached by an Argentine in the NBA,  the Spurs retired the famous 20 shirt . No one else in the history of the franchise will be able to use it. And  it's one of the nine people who retired in the whole life of the San Antonio team .

Its dumps, tapas and incredible passes are left to inspire current and future generations, at the highest level of the world basket. Manu became, most likely,  the best Argentine sportsman in history .

All this inflates our chest.  He's argentine, damn it!

Wonderful. Now,  everyone, absolutely everyone who was at the ceremony (even those who left Buenos Aires)  highlighted their talent inside the court, but with a “but”. And that"but,” on one of the few occasions when it was not used to destroy everything that was said before, was invariably used to exalt man.  The leader. Inspiring, supportive, unconditional, wise, positive, motivating . Scola said that he once asked Manu to accompany him to the cardiologist because the crack was going to know how to ask the doctor better than himself what to ask him.  Dude, mate, couple, humble . Nocioni said that once, with the National Team, they thought that the plane they were traveling on would fall, and one said “Quiet who is (on the flight)  “The chosen one” . Manu.

Why if we admire him so much for his out-of-court thing, don't we imitate it a little?

Why are we negative, when being positive is much more beneficial. Why don't we help each other, instead of stepping on? Why don't we all throw it to the same side, instead of saving ourselves to like place? Why don't we think about the common good in order to achieve one's own good? Why are we divided into sides? And if we better get the bands off?

Greg Popovich was the person who bet on Manu. He thought he had the potential; but also,  if he was the good person who looked  in the distance, he would quickly adapt to the NBA.

Let's bet on the future. To get the good out of each one. To give it all for everyone.

We can have that country we have to have. You just have to imitate Manu in one thing that everyone also saw: he was always very mature.